Driver who killed two construction workers could get lighter sentence 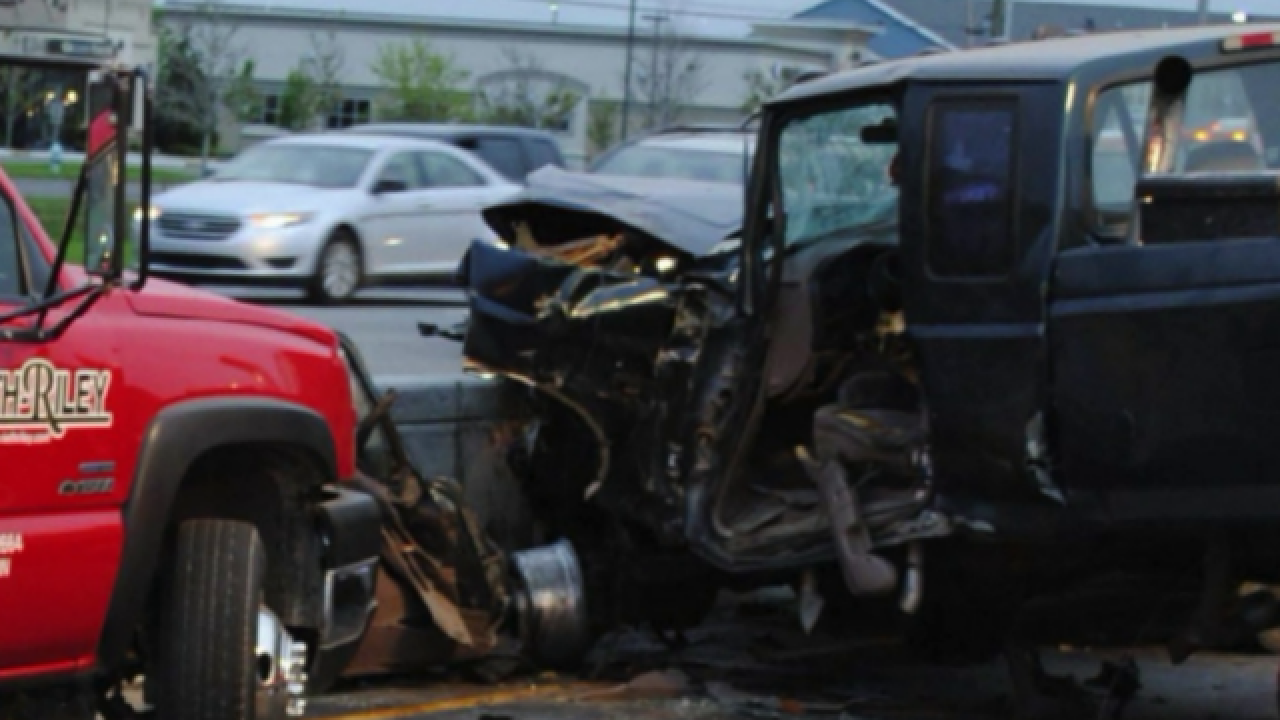 INDIANAPOLIS -- A Fortville man could receive a lesser sentence for his role in a 2014 deadly crash, according to an Indiana Court of Appeals opinion handed down Thursday.

Jordan Stafford hit a directional arrow board on Interstate 69 in May 2014, killing construction workers Kenneth Duerson Jr. and Coty DeMoss.

Stafford was expected to spend five years in prison for each victim.

He is currently serving his time at Branchville Correctional Facility in Perry County, and his earliest possible release date is listed as July 9, 2021.

However, the Court of Appeals vacated one of two convictions for Reckless Operation in a Highway Work Zone Causing Death based on the conclusion that Stafford’s one act of reckless driving in a highway work zone cannot sustain two convictions.

The Court of Appeals has returned the case to the trial court so that Stafford can be re-sentenced on the remaining Class C Felony conviction, where he will face a potential penalty of two to eight years in prison.

The Marion County Prosecutor’s office is considering whether to fight the decision in Supreme Court.

“If we do not seek transfer to the Supreme Court or if we do and the Supreme Court denies our request, the case is remanded to the trial court and we will seek the maximum sentence of eight years,” said Peg McLeish, spokesperson for the Marion County Prosecutor’s office.

McLeish said if Stafford receives a new sentence of eight years, Stafford would likely spend one year less in prison compared to his original sentence.

“Our thoughts remain with the families and coworkers of Coty DeMoss and Kenneth Duerson, whose tragic deaths must serve as a somber reminder for our safety, awareness, and respect of those who work to build and sustain our infrastructure in potentially dangerous conditions,” said Terry Curry, Marion County Prosecutor in a statement to RTV6. “We respect the opinion of the Court of Appeals and intend to argue that Stafford receive the maximum sentence of eight years under the remaining conviction.”

Coty’s parents spoke with Call 6 Investigates Kara Kenney in 2015 and said they wanted justice in their son’s death.

In an exclusive interview, Stafford told Call 6 Investigates' Kara Kenney “I’m sorry, and there’s nothing I can ever do to make up for what happened."

READ | Friends, family speak out after deadly I-69 crash

The INDOT website says a third-time offense for speeding in a work zone can result in a $1,000 fine, and drivers “who injure or kill a highway worker may end up paying a $10,000 fine and serving up to eight years behind bars.”

But those maximum penalties are rarely issued, if ever, according to information from dozens of courts, prosecutors and states agencies.

Call 6 Investigates found many of the drivers who have killed construction workers never served prison time at all.