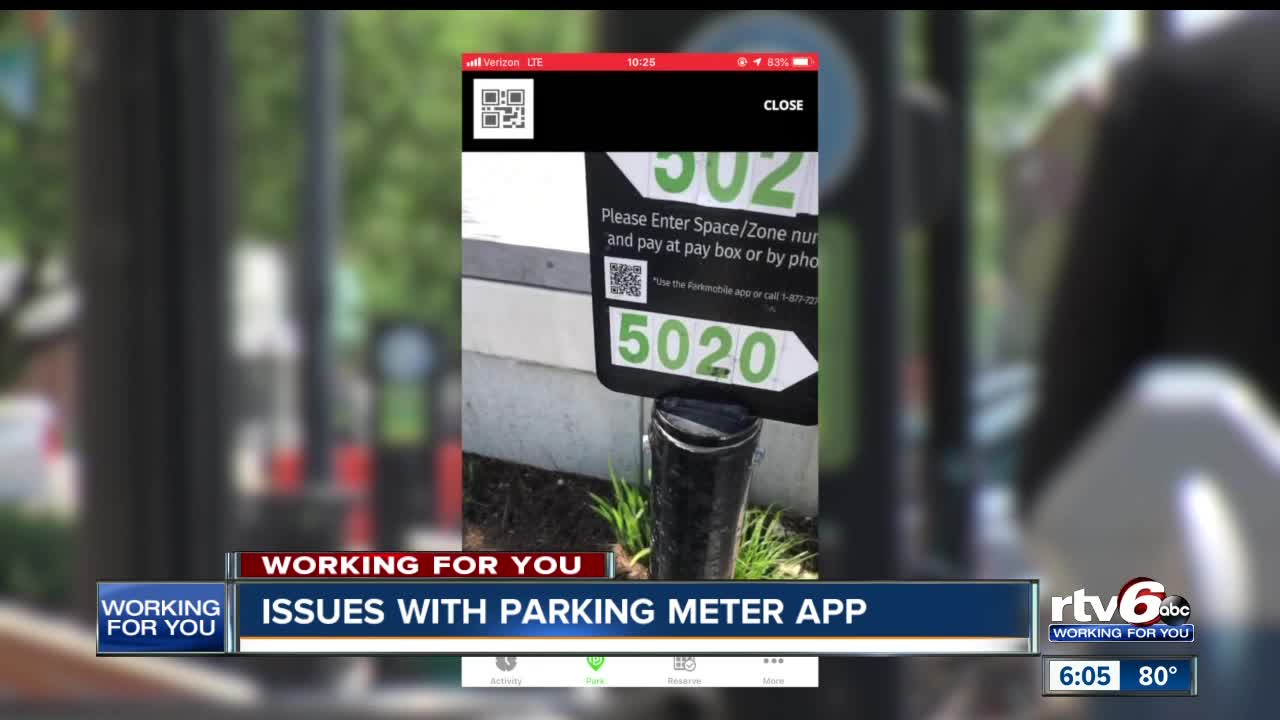 Many time, finding a spot to park in Indianapolis isn't so easy. A popular smart phone app is supposed to make it easier to find parking and pay for it.

INDIANAPOLIS — Many times, finding a spot to park in Indianapolis isn't so easy. A popular smartphone app is supposed to make it easier to find parking, and pay for it, but Call 6 uncovered issues with that app. Those issues could put you at risk for a parking ticket.

In Indianapolis you can pay for parking two ways: First, by using one of the street meters, or by using your phone. Using your phone is supposed to be even more accessible, drivers just enter the spot number, but that's not always working.

The city's parking contractor, ParkIndy, encourages people to use a mobile app called, "ParkMobile" and says it's a "smarter way to park."

"The app is so great and so convenient, but it just never works properly, for whatever reason," Tracy Bonds, a driver who tries to use the app, said.

One woman says she came back to her car to find a ticket on her windshield even though she had paid.

Call 6 found that whether drivers enter the spot number in the app or scan the QR code, it wouldn't work; bringing up a "Whoops!" alert on the phone.

This is not the only issue the app has been having recently. Bond and her friend, Brandi Ashlock, say they tried to use the app on Wednesday afternoon, but the time limit only offered ten minutes.

"It won't let us increase the amount of time other than ten minutes," Ashlock said. "They sell it as a great option, but if it doesn't work... then it isn't a option, really."

Call 6 took the issue to ParkIndy. ParkIndy told Call 6 in a statement:

"ParkIndy could have overlooked this particular space (5020) when reconciling the space numbers with the app.

At this time we feel the QR code technology is outdated and we are in the process of restickering our meter numbers which will exclude the QR code."

"Everything you promote, you should make sure it's working perfectly," Bonds said.

If drivers continue to run into problems, the city says to contact customer service. ParkIndy can be reached at 317-524-2247. Or if you're using the mobile app, the number is inside the app, and they can help you resolve the problem.