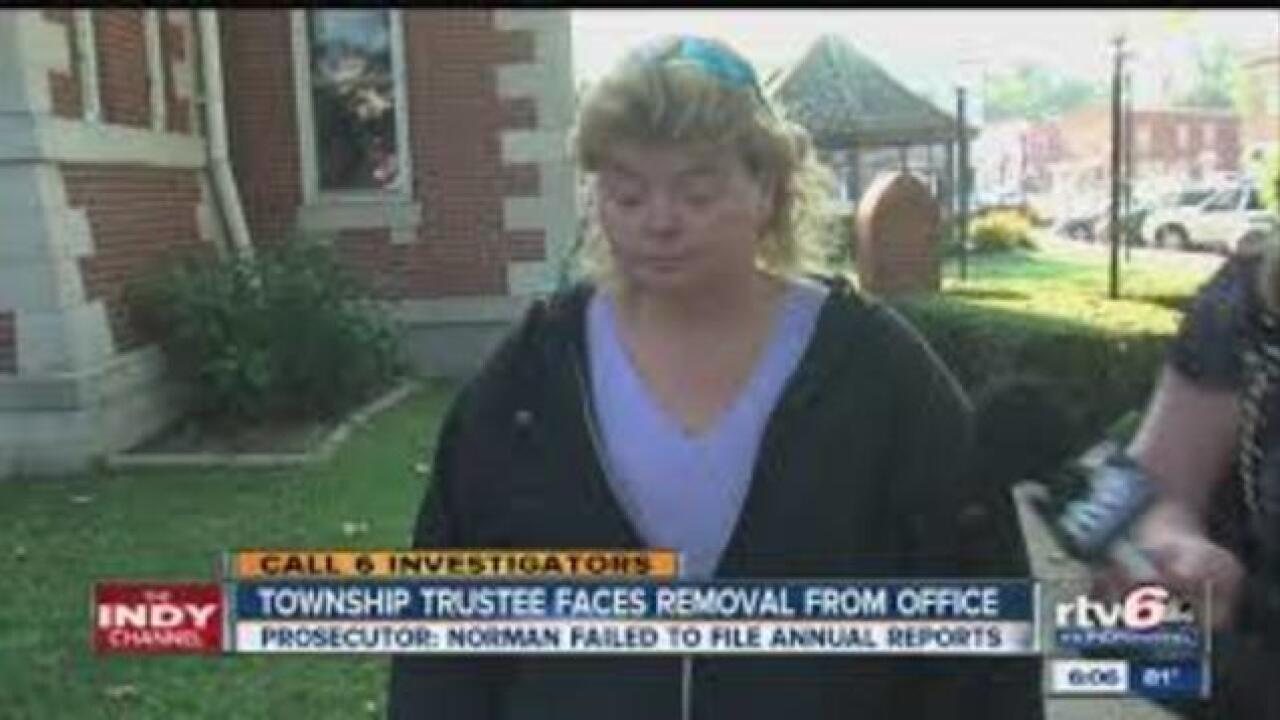 MORGAN COUNTY, Ind. -- Morgan County prosecutors are taking a former township trustee to task for not repaying money she stole from taxpayers.

Call 6 Investigates Kara Kenney first reported about Ashland Township Trustee Sandra Norman back in 2013, when she was arrested for stealing $270,576 in taxpayer money.

She was back in court Monday, facing accusations she has not repaid enough of the stolen money.

Deputy prosecutor Bob Cline said to date, Norman had repaid only about $2,200 which is the “cost of a fountain drink” a day.

Cline said he wants Norman to pay as much as she can.

Norman was removed from office after replacing her mother who resigned from office in 2010 amid accusations of overspending funds and improper bookkeeping.

Norman pleaded guilty to official misconduct and theft in 2013.

As part of her sentence agreed to repay the money she stole.

The former trustee has been suffering from medical problems, according to her probation officer.

The judge appointed an attorney for Norman, and scheduled another hearing on June 5.

Call 6 Investigates tried to speak with Norman when she appeared in court in 2013, but she declined.