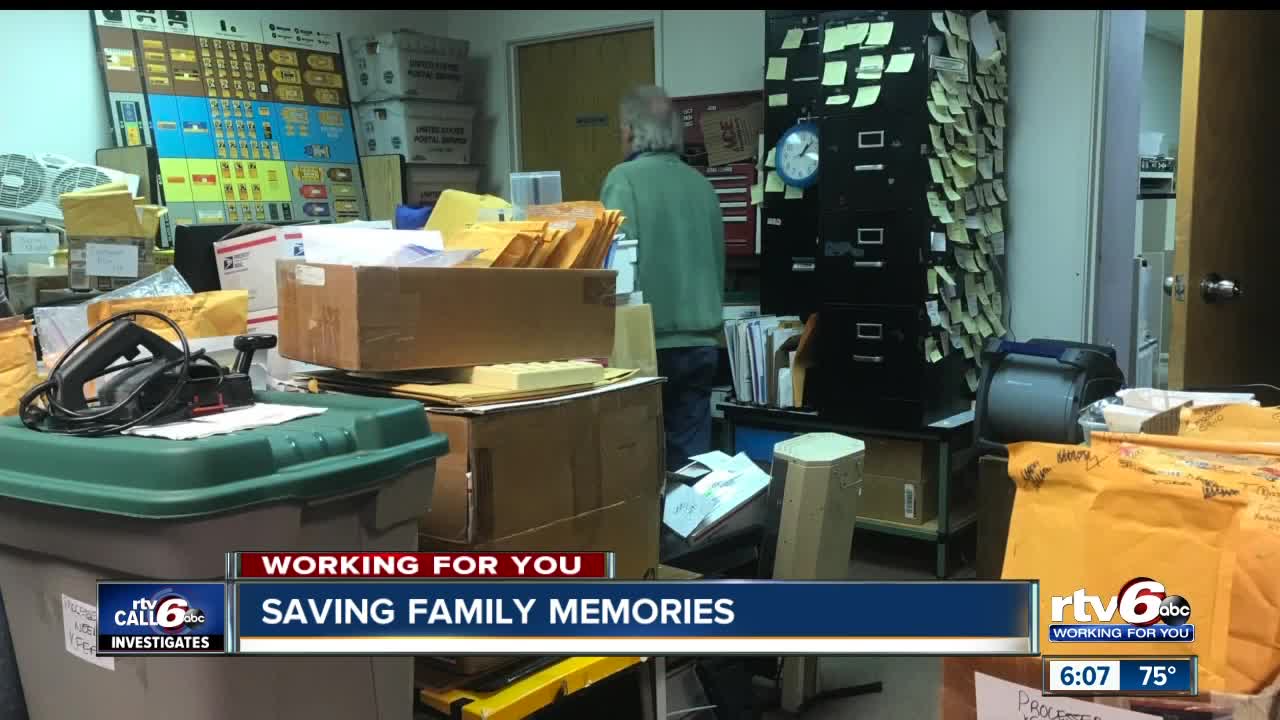 Many people are now transforming old films into digital media so they can be kept forever. Call 6, however, discovers that one family has waited years to get their memories back.

INDIANAPOLIS —Family memories are one of a kind. From pictures to film — those images are priceless. And now, many people are transforming them into digital media so that they can be kept forever.

Sandra Gruber's father was the man behind the camera, recording on little 8mm film tapes.

"Seeing that little bit of the image, it sparks those memories, and that's what I want," Gruber said of the film.

Gruber went on a mission to save the film forever after rescuing it from her mother's basement after a bad flood in 2015. Much of the film escaped undamaged.

"I wanted to be able to retrieve all of the possible memories that I could for the family reunions," Gruber said.

She found 'Rocky Mountain Film Lab' in Aurora, Colorado back in 2015, which is one of the many processing services that take an old film and puts it on a DVD to send back to you on a flash drive, or even emails it to a downloadable file.

After a tragedy in her family, that film was even more critical to Gruber.

"My dad was murdered, and I wanted to be able to show these remnants of past when he was alive to family reunions in the future," Gruber said.

However, after sending the tapes in 2015, she never saw them again.

Gruber says every time she called Rocky Mountain Film Lab, they told her 'it should be anytime now.'

Gruber isn't the first person that's had problems with this company. Reviews online aren't good, and our sister station in Denver has also received calls from people with similar issues.

Denver 7 went into the Rocky Mountain Film Lab undercover and snapped pictures of boxes and packages all over (check out the video in the player above).

To make matters worse, while waiting for the original tapes, Gruber found more tapes in storage. But this time, she sent them to a different company — and got them back in a month.

RTV6 called to Rocky Mountain Film Lab, and they said the film was still being processed. When the newsroom asked why it has taken so many years, they told us it takes time to develop old film.

However, later that day, Gruber received a call that the film was done being processed and being shipped back to her along with DVDs.

Gruber says she wishes she had done more research back in 2015.

Before you send off your memories off to be processed at one of the many services out there, make sure you do your homework. Look at things like reviews, or the Better Business Bureau, and make sure the place is reputable before you send them off.