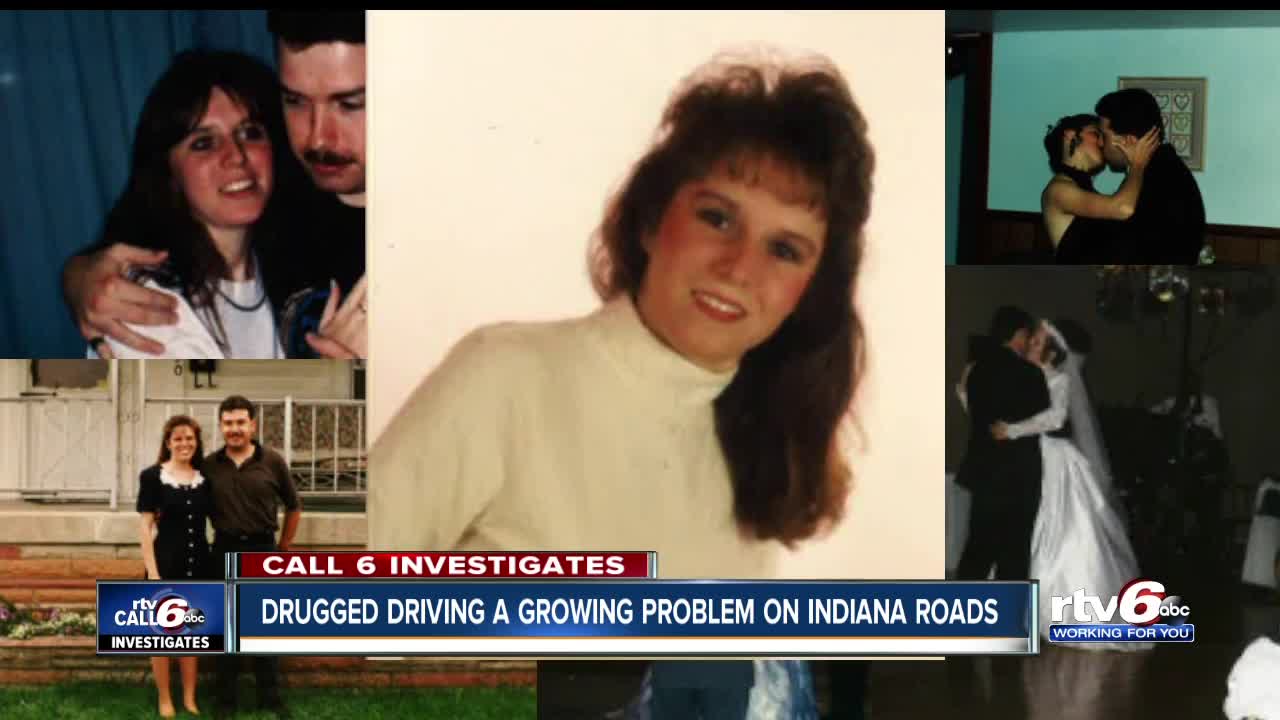 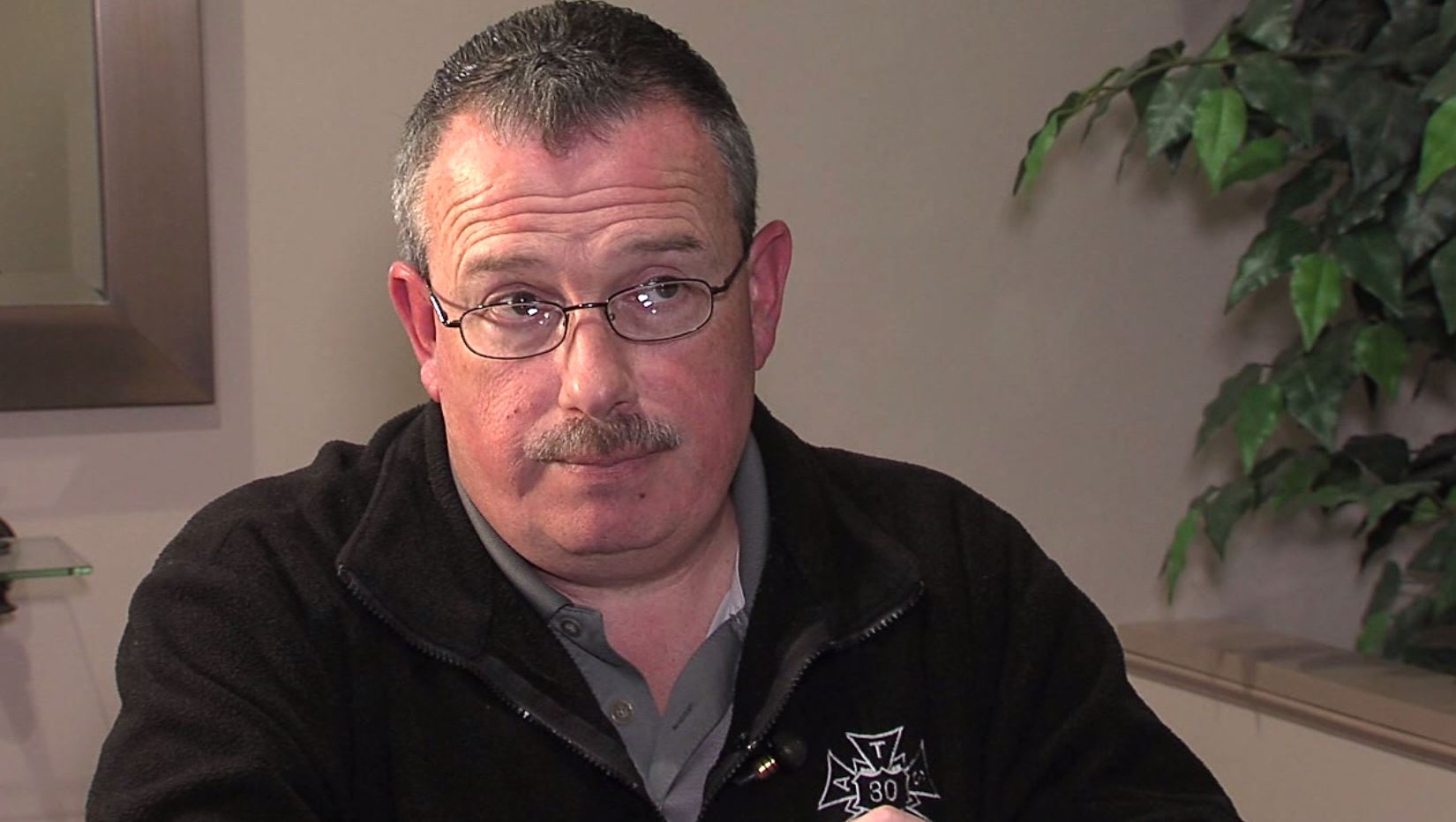 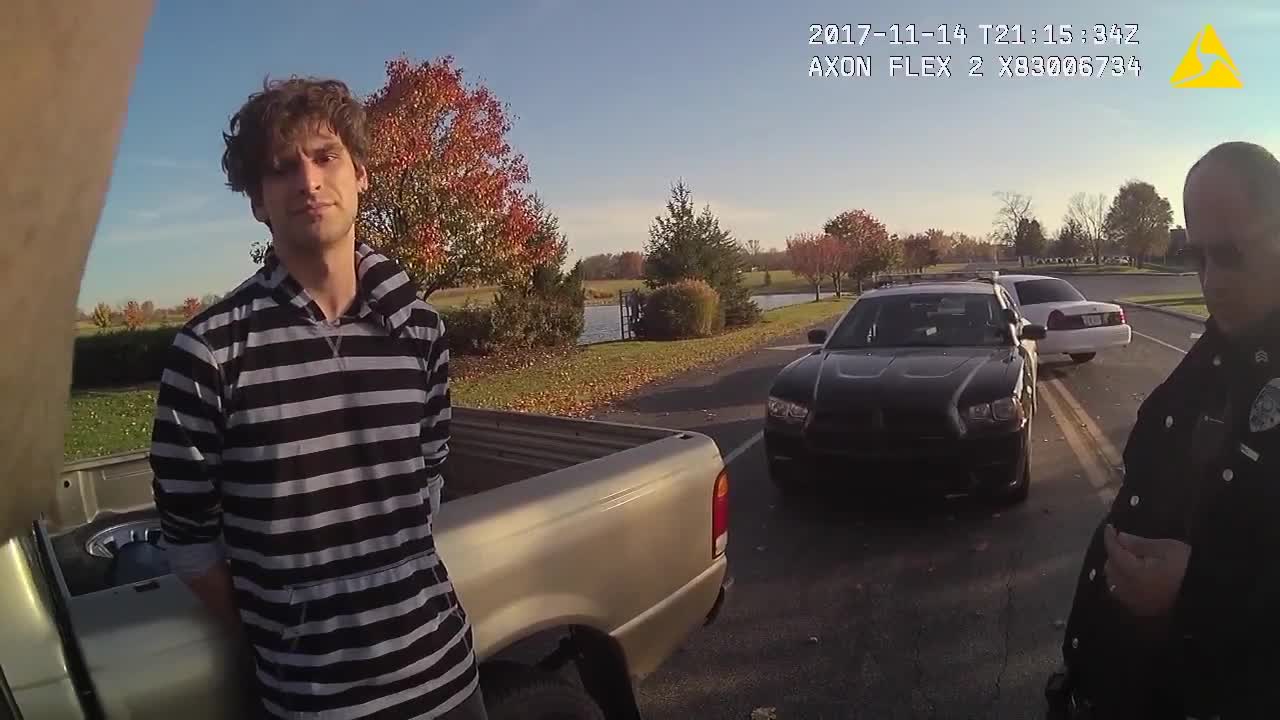 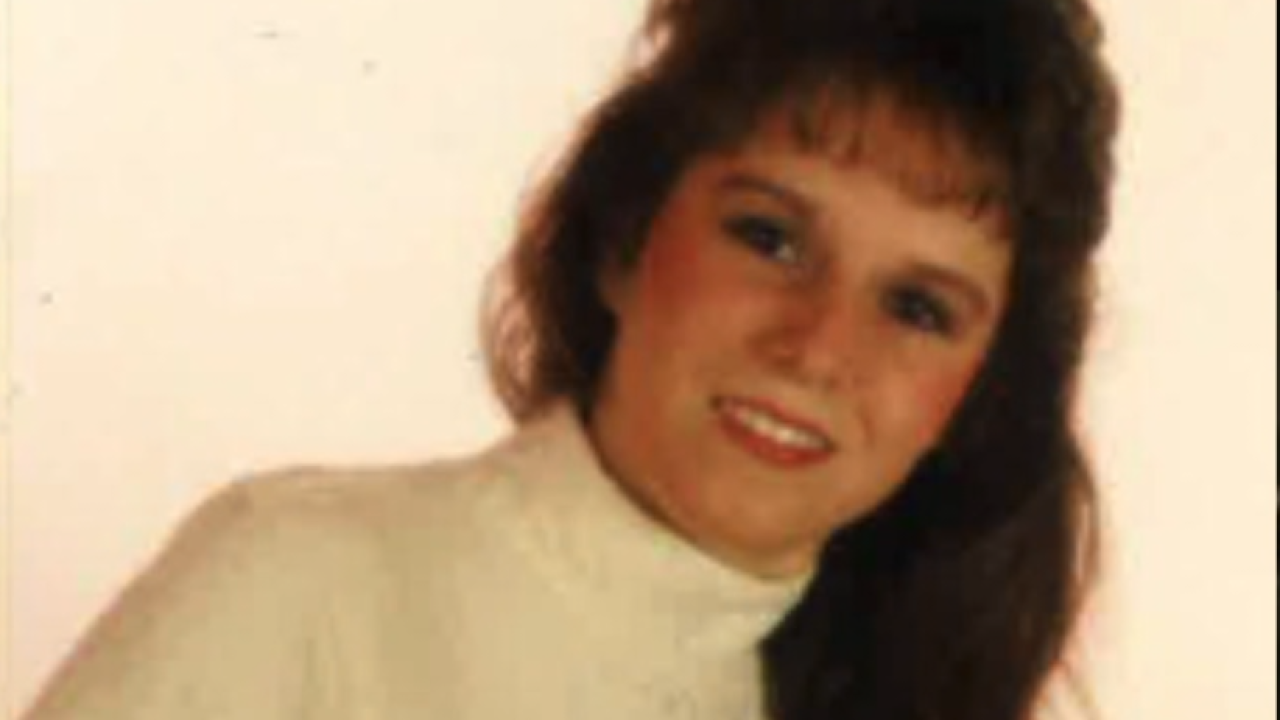 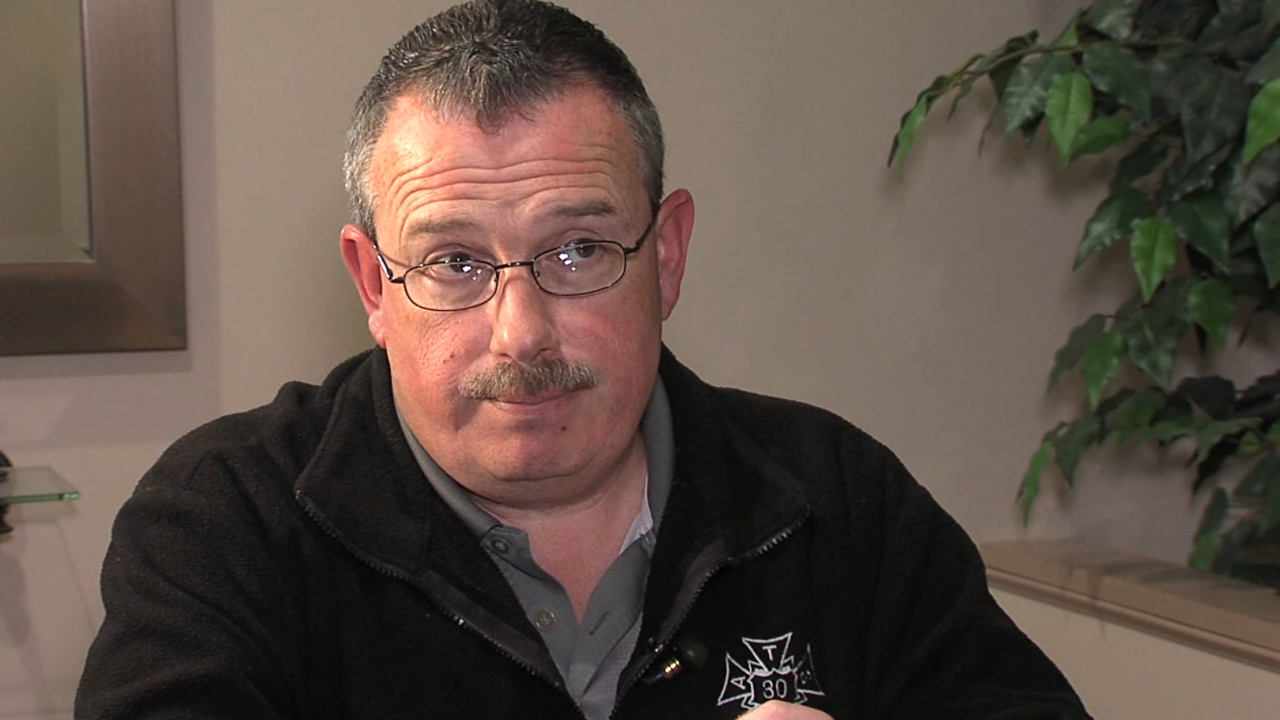 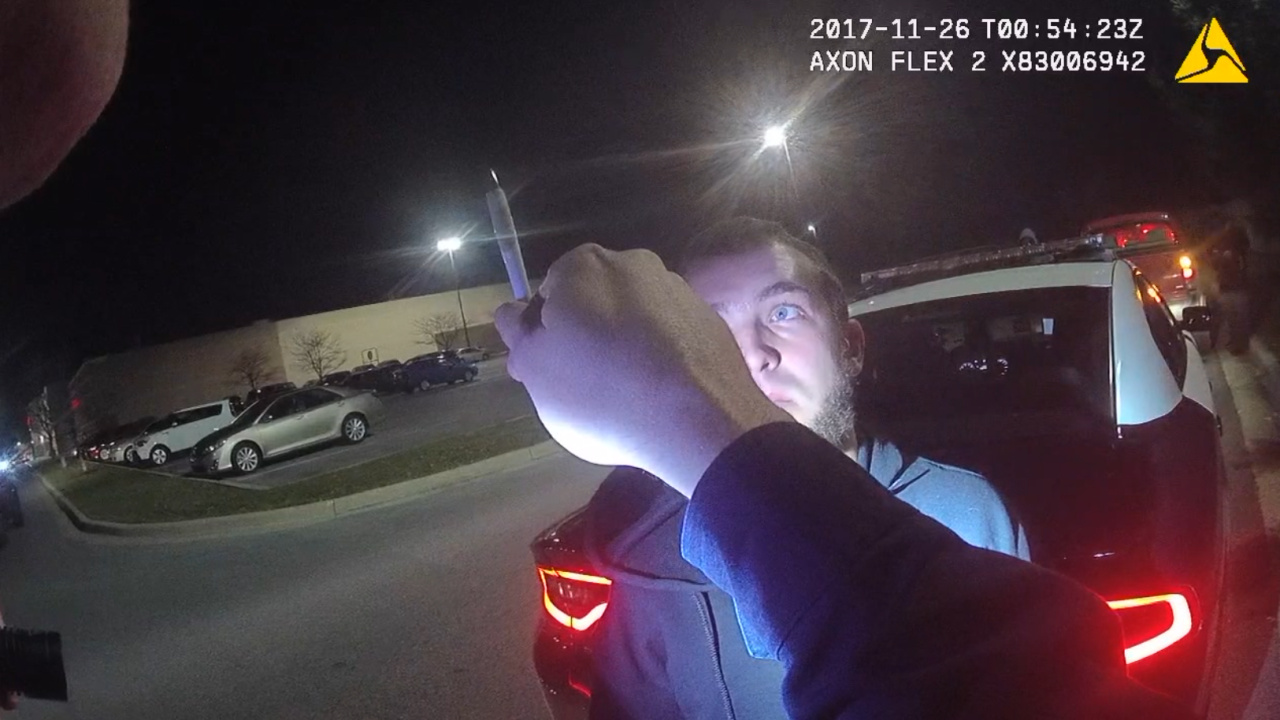 JOHNSON COUNTY — A Franklin father is pushing for tougher penalties for drugged drivers after the death of his wife.

Call 6 Investigates has uncovered a growing number of people on Central Indiana roads are under the influence of drugs, driving next to you and your family. Drug-involved crashes are also making up a larger proportion of deadly crashes involving alcohol or drugs, according to the Indiana Criminal Justice Institute.

'I saw my wife taking her last breath'

For Brian Mulry, his wife April was the love of his life.

“April was one of the sweetest, kindest people I’ve ever met,” said Mulry. “She had a great heart. She loved life.”

The couple was driving on Johnson County rural roads on their way to a friend’s cookout with their 5-week old baby Alyson in the back.

“I saw a red blur and heard a loud noise and a boom,” said Mulry. “That’s when the impact happened.”

Mulry’s wife April did not survive.

“I saw my wife taking her last breath, and that is something that will never leave my mind,” said Mulry.

Police found marijuana by the driver Will Slinger’s car, and his blood tested positive for the drug, court records show.

“It’s sickening to me,” said Mulry. “I have zero tolerance for that. I think (drugged drivers) are making a choice and it’s the wrong choice.”

“It’s a big problem I hope someone somewhere has the answer for,” said Mulry. “It’s rampant. It’s sickening to me.”

Since the crash that took April Mulry’s life in 2005, the problem of drugged driving has gotten worse in Central Indiana.

In 2016, drugged driving made up 8% of Indiana State Police OWI (Operating While Intoxicated) arrests.

Officers responded to a driver, Chad Brizendine, passed out near a busy road with his foot still on the brake.

Brizendine admitted to being high on heroin.

“I’m on probation, and I’m on my way to take a drug test,” Brizendine told officers. “I just relapsed. I’m not a daily user right now.”

Greenwood Police found syringes and a spoon in the car, and took Brizendine for a blood draw.

He had not seen the body camera footage of his arrest.

“It was a very dark time for me,” said Brizendine. “I had been kicked out of my house. I’d like to share my message of recovery, as opposed to people driving on drugs.”

In another incident, Greenwood Police responded to a crash on State Road 135.

“Is there anything illegal in the vehicle?” said the officer. “I’m getting a whiff of marijuana.”

Breedlove failed several of the field sobriety tests, including one which required him to walk nine steps and turn.

Breedlove admitted to hitting another car.

“We were slowing down, and I was looking away for a second,” said Breedlove to the officer. “I know they said we hit them at 35 miles an hour, but it was 10 to 15 miles per hour.”

Studies show marijuana use impacts your reaction time and impairs judgment, but police say many Indiana drivers don’t believe that, especially as other states legalize the drug.

Officer: Do you think it was wise or smart to operate a motor vehicle after you’ve consumed something illegal?

Breedlove: Well, we consumed it and then we waited 45 minutes.

One study found marijuana-related traffic deaths increased 66 percent in the four-year average (2013-2016) since Colorado legalized recreational marijuana compared to the four-year time period (2009-2012) prior to legalization.

Marijuana-related traffic deaths when a driver was positive for marijuana more than doubled from 55 deaths in 2013 to 125 deaths in 2016.

As part of a plea agreement, he pleaded guilty to OWI with endangerment, and was sentenced to community service, a substance abuse impact panel, a 45 day retroactive driver’s license suspension, and probation.

Call 6 Investigates was unable to reach Breedlove for comment.

“When I first started 15 years ago, I rarely saw a controlled substance OWI,” said Foster. “This last year we had 24.”

Foster said while people are getting smarter about using Uber and Lyft when they drink, that’s not the case when using drugs.

"A lot of times you have people driving on 3 or 4 prescription drugs, and even though it's prescribed they shouldn't be behind the wheel like Xanax," said Foster.

Prosecutors look at every drugged driver on a case by cases basis when deciding which charges to file and what kind of sentence to push for.

“You not only look at the blood draw, but also their behavior with the officer, whether they seem impaired, whether they failed a field sobriety test,” said Foster. “I look at all the evidence put before me, and I look at every case on a case by case basis.”

Ultimately, offenders are sentenced based on what the law and judge allow.

However, the punishments are harsher if you injure or kill someone, said Foster.

“You can easily take a misdemeanor like OWI to a level 5 felony if you cause serious bodily injury if you hit or kill someone,” said Foster.

“With alcohol we’ve had time to build some techniques and training around it, and drugs is a bigger issue so it’s going to take awhile to figure out how to fight this problem,” said MADD spokesperson Annie Baker.

Baker said they’re trying to raise public awareness about the dangers of using drugs and driving.

“Focus groups show people think they drive better under the influence of marijuana, or they feel calmer so they think it doesn’t impair them behind the wheel,” said Baker.

Baker said many people don’t realize that prescription drugs, and even over the counter drugs, can cause drowsiness or dizziness that can impair their driving.

“It’s really educating yourself on what your prescriptions are,” said Baker. “We’re behind the game on drugged driving, but the more we talk about it and put it out there, the more opportunities we will have to make change.”

Baker also suggested talking to family members about proper use of their medications.

MADD supports penalties that reduce the risk of drugged drivers doing the same thing over and over again.

“Hopefully we can have laws and punishments in place early on so they don’t become repeat offenders,” said Baker.

Will Slinger, the driver who hit April and Brian Mulry, served two years in state prison from 2007 to 2009 for driving under the influence of drugs and causing April Mulry’s death.

In 2016, Will Slinger was arrested again for leaving the scene of a crash in which several people were hurt.

Slinger served time in state prison for that crime, from February 2017 to August 2018, records show.

“It’s up to our criminal justice system to put the hammer down,” said Mulry. “I wish I had police powers, because I’d pull every one of them off the road. But the only thing that’s going to make someone stop doing something is punishment.”

Mulry’s daughter Alyson is now 13 years old and grown up without her mother.

“It’s scary,” said Mulry. “Drugged driving is rampant, and in a few short years my daughter will be behind the wheel. I’m afraid.”

Mulry hopes his story about losing his wife will prompt others to think before they use drugs, even prescribed medications, and get behind the wheel.

“We’d like to think everyone will be responsible behind the wheel, but we know better,” said Mulry. “You can do everything right, and be right, and it doesn’t matter. Because you’re relying on everyone else out there on the road to do the right thing.”