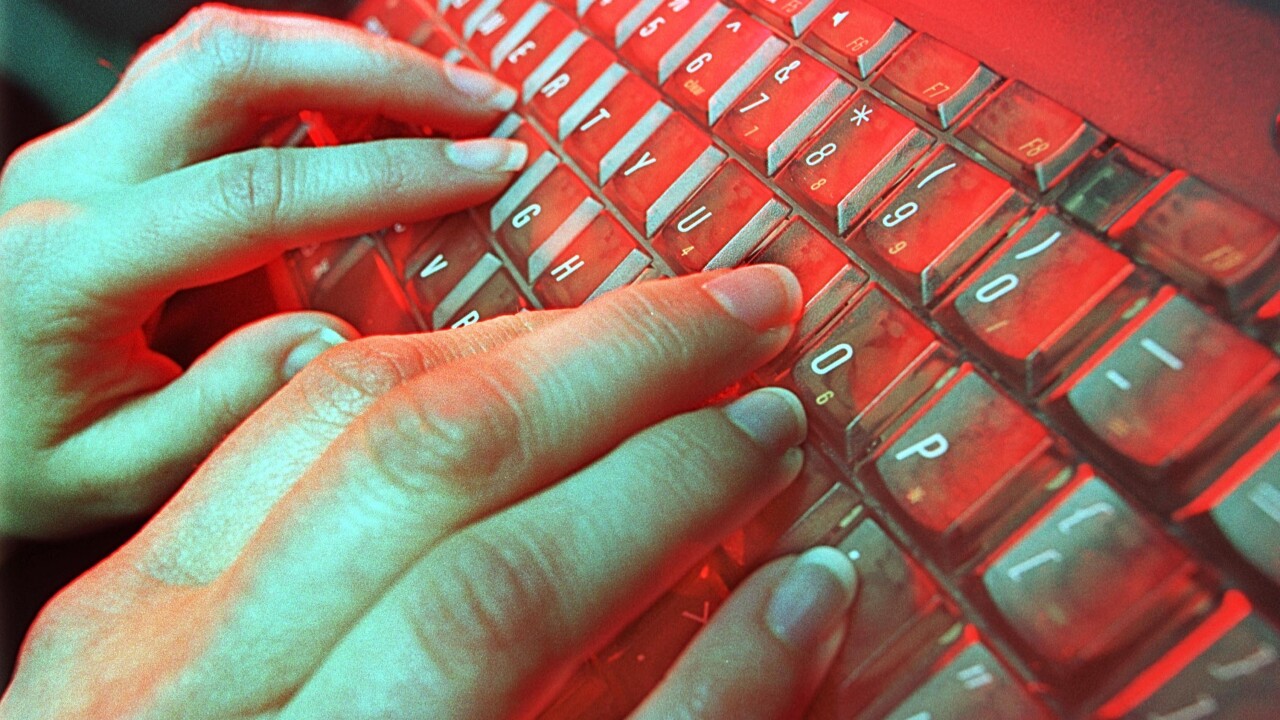 Michael Smith/Getty Images
A photo illustration depicts a person typing May 4, 2001 in Denver, CO. National Academy of Sciences estimates that musculoskeletal disorders such as carpal-tunnel syndrome, tendinitis, and lower back pain cost the nation $45 billion to $54 billion in compensation, lost wages, and lower productivity each year. (Photo by Michael Smith/Newsmakers)

INDIANAPOLIS — If you’re planning on staying at a hotel this summer, or using a service to replace your air conditioning, you may read customer reviews to learn more about that business.

The federal law protects your ability to share honest experiences and opinions about businesses and services in any forum, including on social media.

According to the FTC, the companies used form contracts that barred customers from sharing negative comments and imposed financial penalties against customers who did so.

The businesses — including an HVAC and electrical contractor, a flooring seller, and a company that takes people on horseback rides — have reached a preliminary agreement with the FTC to stop using those contract provisions.

They will also inform people who signed the contracts that the provisions can't be enforced, according to the FTC.

“You can publish your honest review even if you say something negative about a business or the services it performed for you,” said the FTC. “If you have a signed form contract that restricts you from sharing reviews or penalizes you for doing that, the business may not be able to enforce those restrictions.”

Customer Katrina Arthur was shocked to see a $350 charge after leaving an unflattering review about the Abbey Inn in Brown County.

A special judge approved a final agreement in the case in which Abbey Management’s president agreed to refund $350 to Arthur.

“I am glad I stood up not only for me but others,” Arthur said in response to the outcome of the lawsuit. “I am very happy that this no longer will happen to anyone who wants to leave a review and that no one will be wrongfully charged anymore.”

The Attorney General’s office released a statement to RTV6.

“We are pleased to see a resolution of this case that recognizes that people have the right to truthfully complain about bad service,” Attorney General Curtis Hill said in a statement to RTV6. “No one should be afraid they might be penalized for exercising this right."

In the agreement, Abbey Management admitted it maintained a written policy in 2015 and 2016 that allowed the hotel operator to charge customers $350 for a review that “disparages us in a public manner.”

In addition to the consumer restitution for Katrina Arthur, the judge granted a judgment of $5,000 to the Indiana Attorney General for expenses incurred in the investigation and prosecution of the case.

The agreement included a $5,000 judgment for civil penalties in favor of the State of Indiana.

As part of the agreement, Abbey Management is barred from using any policies that “prohibits a consumer from making non-defamatory negative statements or reviews regarding their sty under the threat of financial penalty.”

Abbey Management can’t initiate any future legal action if a consumer makes a negative review, per the agreement.

Joe O’Connor, attorney for Abbey Management, declined to comment to RTV6 about the agreement.

The Indiana Attorney General is asking anyone who believes they may have been penalized for posting truthful reviews online to contact his office by going online to indianaconsumer.com or by calling 1-800-382-5516.

You an also report violations of CRFA to the FTC.