Feds cracking down on fake reviews after Call 6 Investigation 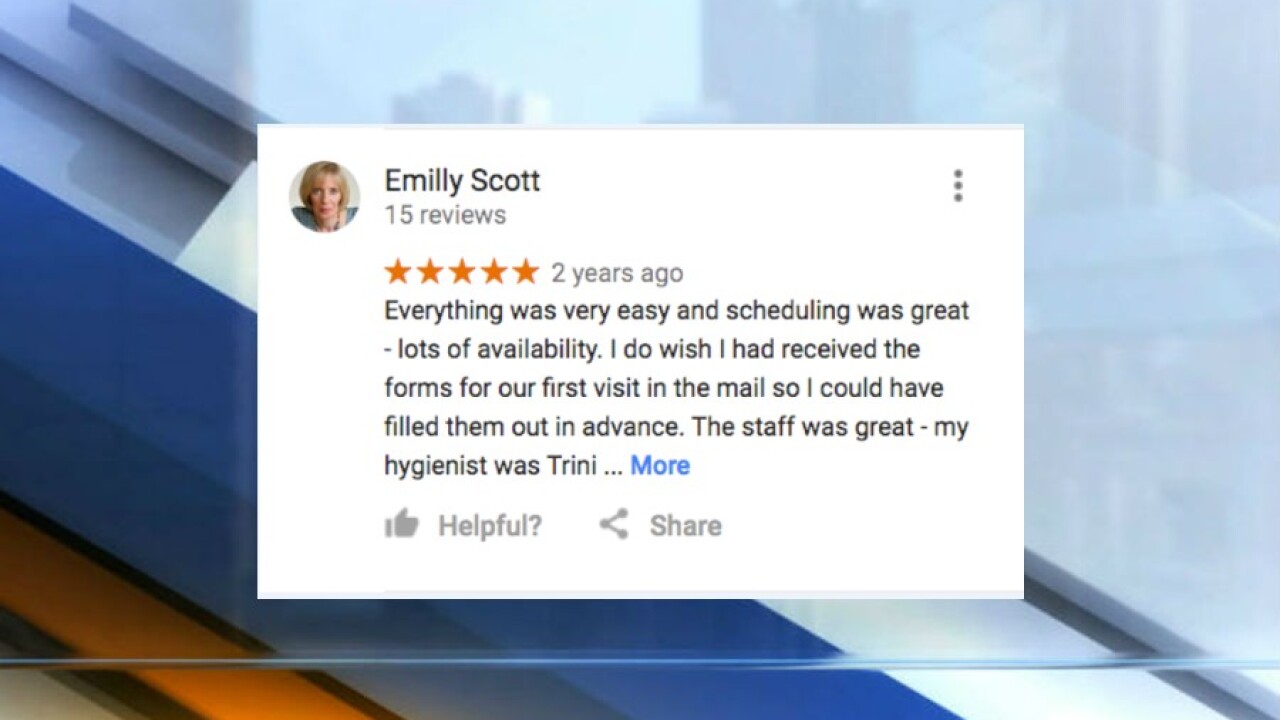 Many consumers rely on reviews on Yelp, Google, Facebook and other apps when deciding where to take a vacation or which products to buy.

Some companies use fake reviews to paint a pretty picture and boost their bottom line, according to the FTC.

The FTC filed a lawsuit against Sunday Riley Modern Skincare, which sells cosmetics through Sephora and other retailers, alleging the CEO herself and other company managers created Sephora.com accounts and, posing as customers, wrote positive reviews for their own products and encouraged other company employees to do so.

When Sephora removed fake reviews coming from Sunday Riley’s IP address, they used a Virtual Private Network to hide their identity so the fake reviews could keep on coming, according to the FTC.

The feds reached a settlement with the company that says that it will be subject to civil penalties if it engages in similar deceptive conduct in the future.

Call 6 Investigates contacted Sunday Riley for comment and we are waiting to hear back.

The FTC says next time you plan to buy anything based on online reviews:

Emilly Scott has reviewed businesses all over the country, including five star reviews for two Indianapolis companies -- Choice Dental Centre and Chem-Dry, a carpet cleaning business.

However, the profile is actually a fake, according to experts we spoke with.

However, the profile is a fake, and the picture is really a film actress.

The profile used to review at a south side appliance store is actually a stock photo used for fitness magazines.

Positive reviews can mean big business for companies, and some enlist reputation management companies to help boost their scores.

For consumers, checking reviews on Yelp, Facebook and Google can be a great way to help decide where to shop and which services providers to hire.

But watchdogs Jason Brown and Mike Blumenthal. have identified tens of thousands of fake profiles and reviews, and they’re working to weed them out.

“At Google, we see high volume abuses,” Blumenthal said. “They have not invested enough energy to keep up with the abuses in the marketplace. Recently, we’ve seen an uptick in large scale abuses from centralized companies selling reviews and they haven’t kept up.”

Blumenthal is the chief review officer at GetFiveStars.com, a platform that helps companies gather customer feedback.

Brown said he found fake reviews in the health care industry as well.

"I'm kind of surprised at some of the services I'm seeing,” Brown said. “When you start seeing doctors, optometrists, dentists; that's a little scarier. Consumers aren't going to be able to know who to trust or what to trust."

None of the Indianapolis businesses we found with fake reviews would talk to Call 6 Investigates on camera.

If a user finds a review that he believes is fake, they can flag it for removal.

Google then assesses and possibly removes the review from the business listing.

Spammers and others with negative intent are a problem for consumers, businesses and technology companies that provide local business information. We’re always working on new and better ways to fight these issues and keep our information up to date. We use automated systems to detect for spam and fraud, but we tend not to share details behind our processes to avoid tipping off spammers or others with bad intent.

Tracking down who's really behind these profiles, because getting the phony’s IP address would typically involve a court order.

Your best protection is to be an informed consumer.

“Dig into some of those profiles to make sure they smell right,” Blumenthal said.

Many of the fake profiles will review businesses all over the U.S. or go overboard for one business.

You should also read the negative reviews, not just the good ones.

“Quite frequently the businesses have negative reviews and they pay for positive reviews to sort of drown those out,” Blumenthal said.

Also, before you spend your hard earned money, read reviews in multiple locations and talk to the business directly.