FTC alleges company made it difficult to cancel 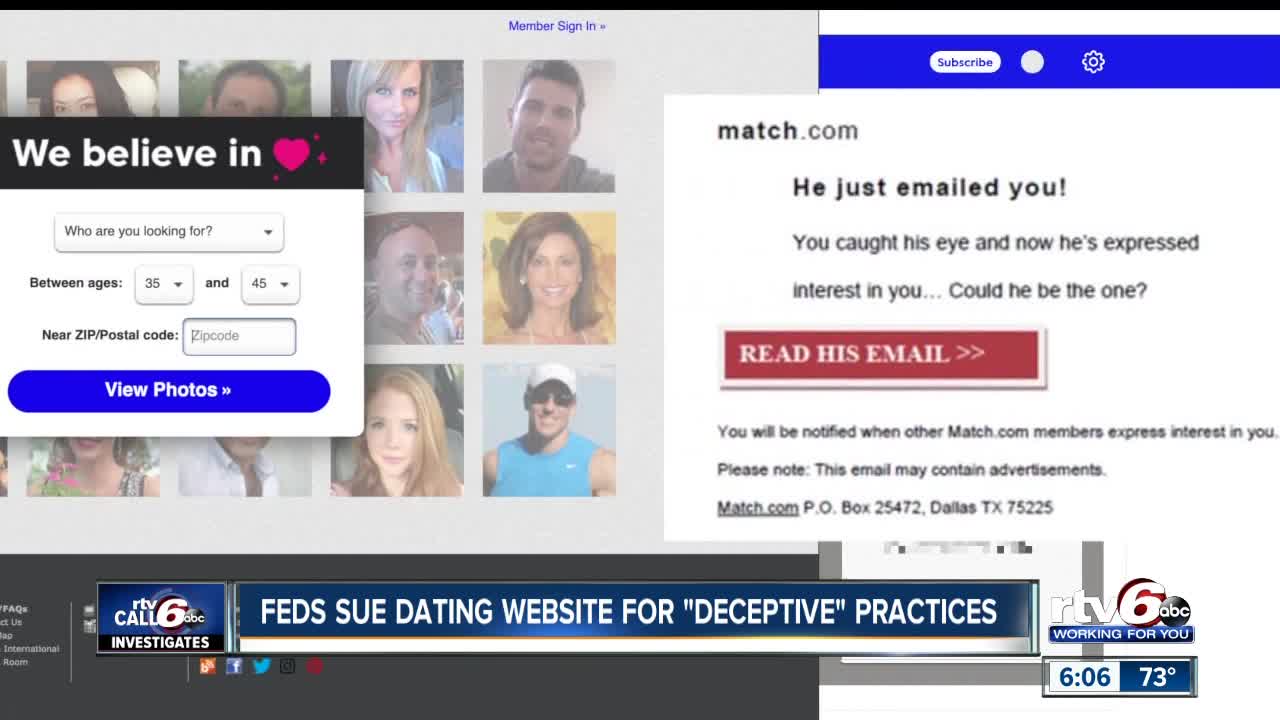 The Federal Trade Commission says Match.com used misleading and unfair practices with its customers and made it difficult for consumers to cancel their subscriptions. 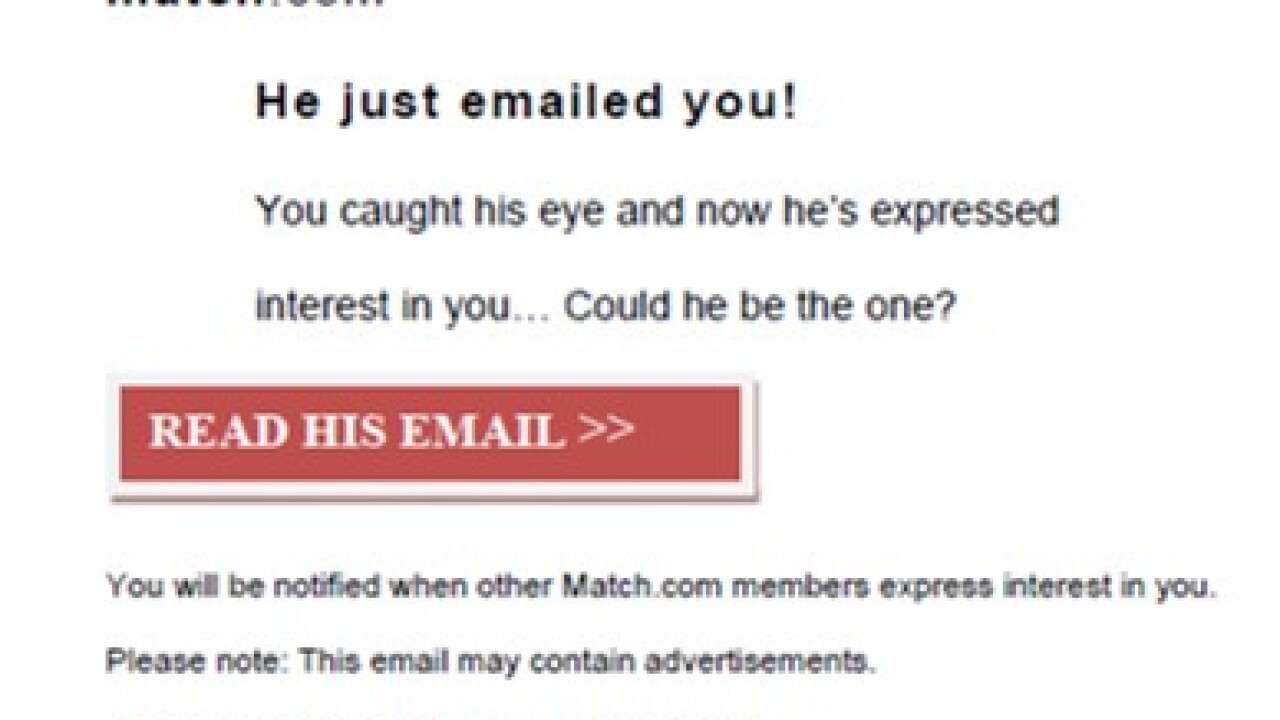 INDIANAPOLIS — The Federal Trade Commission says Match.com used misleading and unfair practices with its customers, and made it difficult for consumers to cancel their subscriptions.

The FTC filed a lawsuit against the owners of the online dating website alleging that many of the likes, favorites, emails, and instant messages that led Match to send people those “You caught his eye” notices originated from accounts the company knew were likely fraudulent.

The complaint also alleges that the company has offered deceptive “guarantees” that didn’t clearly disclose attached in violation of the Restore Online Shoppers’ Confidence Act (ROSCA) and engaged in illegal billing practices.

The company let consumers create free profiles on Match.com and then contacted them with “Could he be the one?” notices, conveying to consumers that others had expressed interest in them.

“But for consumers to actually read the messages that Match said could be from ‘the one,’ Match required consumers to upgrade to paid subscriptions,” said the FTC.

According to the FTC, millions of contacts that generated Match’s intriguing “You caught his eye”-type notices came from accounts the company had already flagged as likely to be fraudulent.

“What’s more, the FTC alleges the company blocked existing subscribers from receiving communications from those suspicious accounts and yet misleadingly and unfairly dangled those messages in front of non-paying consumers to induce them to buy subscriptions,” said the FTC. “Match allegedly used the substantial number of scammers on its site – a figure estimated to be as high as 25-30% of accounts – as a marketing opportunity to sell more subscriptions.”

From June 2016 to May 2018, consumers bought 499,691 subscriptions within 24 hours of receiving one of those “You caught his eye”-type notices, according to the FTC’s figures.

The case is pending in federal court in Dallas.

“As we've previously disclosed in Match Group (NASDAQ: MTCH)'s Annual Report, in March 2017, the Federal Trade Commission ("FTC") requested information and documents in connection with a civil investigation regarding certain business practices of Match.com. The FTC raised certain potential claims relating to Match.com's marketing, chargeback and online cancellation practices. The FTC's investigation pertains to the Match.com brand. In November 2018, the FTC offered to resolve its potential claims via a consent judgment mandating certain changes in the company's business practices, as well as a payment in the amount of $60 million. Discussions between Match Group and the FTC ensued but no resolution was reached. On August 7, 2019, the FTC voted to assert claims against the Company and referred the matter to the U.S. Department of Justice ("DOJ").

The DOJ opted not to pursue the civil case and referred it back to the FTC who then filed a lawsuit against us today making completely meritless allegations supported by consciously misleading figures.
Fraud isn't good for business. That's why we fight it. We catch and neutralize 85% of potentially improper accounts in the first four hours, typically before they are even active on the site, and 96% of improper accounts within a day.

For nearly 25 years Match.com has been focused on helping people find love and fighting the criminals that try to take advantage of users. We've developed industry leading tools and AI that block 96% of bots and fake accounts from our site within a day and are relentless in our pursuit to rid our site of these malicious accounts. The FTC has misrepresented internal emails and relied on cherry-picked data to make outrageous claims and we intend to vigorously defend ourselves against these claims in court.”