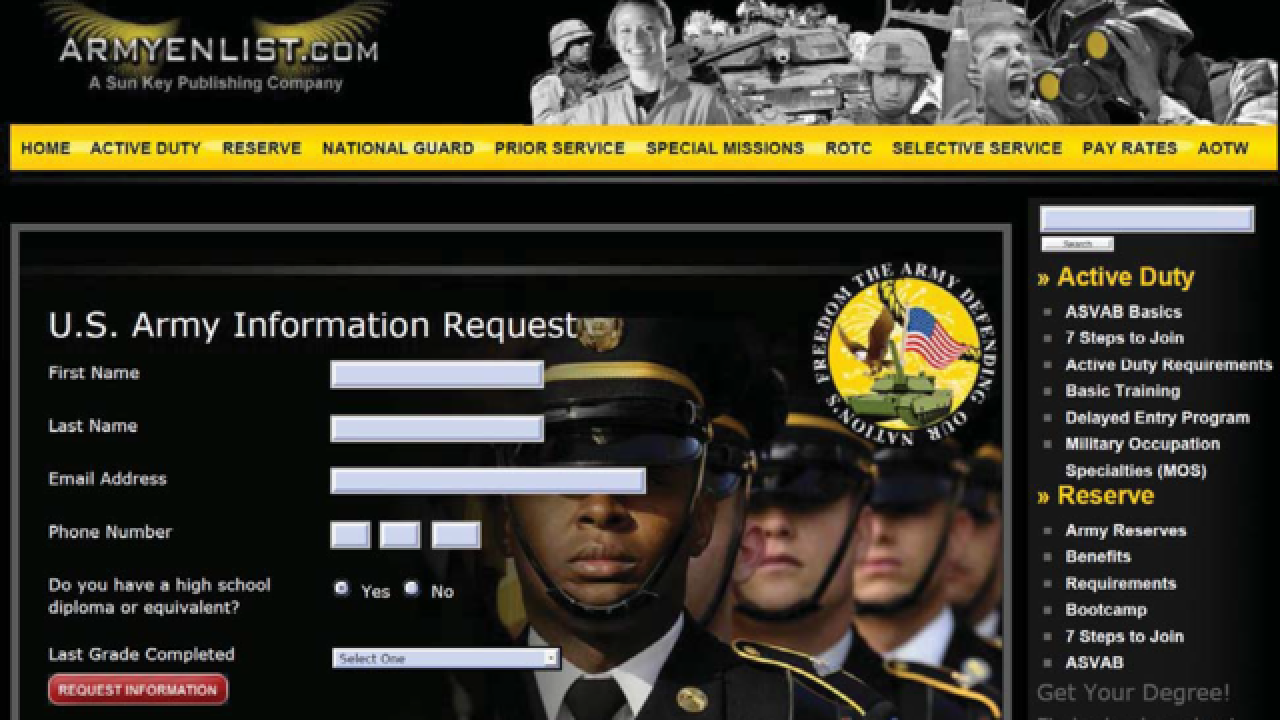 Copyright 2018 Scripps Media, Inc. All rights reserved. This material may not be published, broadcast, rewritten, or redistributed.
<p>Military families were victimized by copycat recruiting websites that appeared to be legitimate, according to the Federal Trade Commission.</p>

INDIANAPOLIS—  Military families were victimized by copycat recruiting websites that appeared to be legitimate, according to the Federal Trade Commission.

According to a settlement just announced by the FTC , Sunkey Publishing, Inc., Fanmail.com, LLC, and its associates ran online ads and websites like army.com and airforceenlist.com.

The recruiting websites and ads looked like official military recruiting channels, but they were not, said the FTC.

Servicemembers were tricked into thinking the information they shared would be used only for recruiting purposes, and instead, companies sold people’s information to post-secondary schools as marketing leads.

Sunkey then pretended to be military reps and pitched post-secondary schools as though the schools were endorsed by the U.S. military, but they were not, according to the FTC.

“As a result of the FTC settlement, the defendants must, among other things, turn over control of the domain names in question and tell consumers that their websites are not official recruiting websites of the U.S. Armed Forces – nor are they endorsed by or affiliated with any branch of the U.S. military,” said Cristina Miranda, Division of Consumer & Business Education at the FTC.  “The settlement also prevents them from using military recruitment as a means to sell or market other products or services. Before collecting certain information, the companies also must ask consumers to acknowledge that they understand that these websites are not official military recruiting sites and that they understand they’re not submitting their information directly to the military.”

The companies must stop selling or transferring consumer’s personal information without their consent.

You should always double check the military recruiting sites you’re on are legitimate.

To get to the official recruiting sites of the U.S. Armed Forces, start with this site from the Department of Defense .