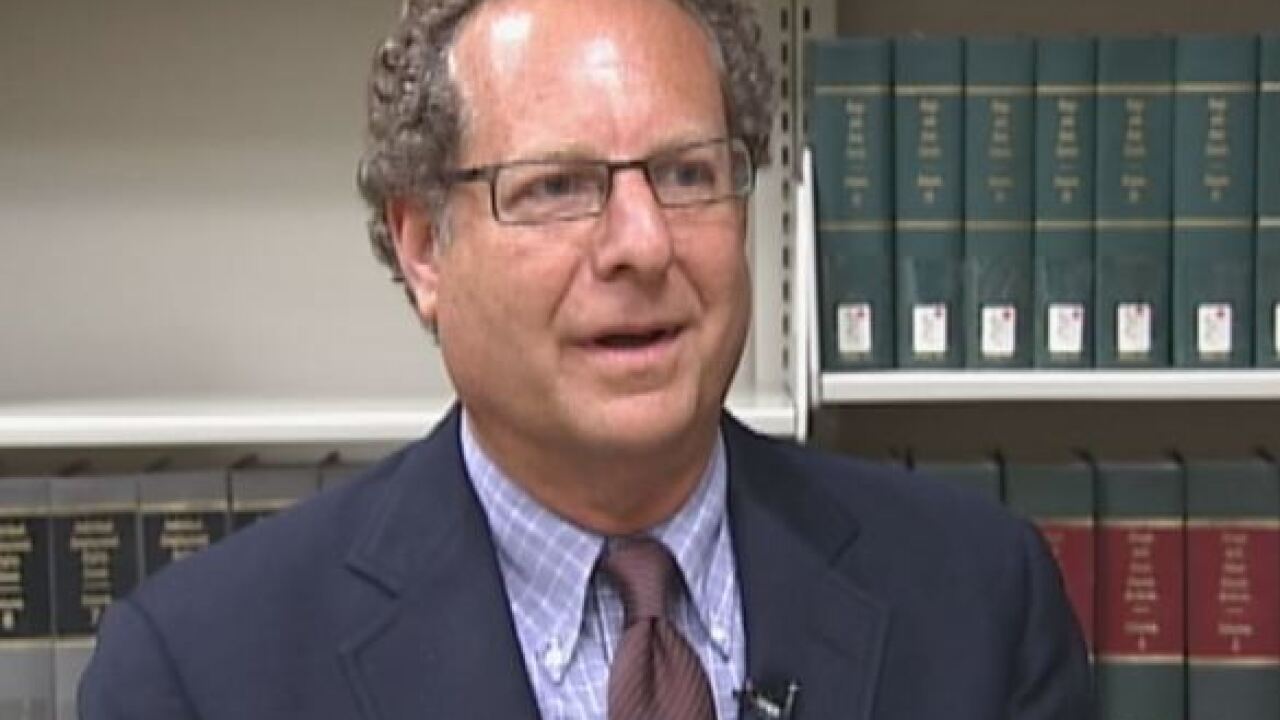 The commission filed a verified disciplinary Wednesday against Blickman, an attorney at Indianapolis firm Ice Miller.

The commission investigates and prosecutes claims of misconduct against lawyers licensed to practice law in Indiana.

Kyle Cox is now serving 14 years in prison for having an inappropriate relationship with a 15-year-old Park Tudor student while he was employed as the school's head basketball coach.

Blickman was not only a lawyer for Park Tudor but also a close friend of Kyle Cox, read the complaint.

Prosecutors said Cox exchanged explicit photos with the student and attempted to coerce the student into further sexual activity.

Blickman asked the victim’s father to leave the child’s laptop computer with Blickman and had his staff copy the sexually graphic images onto a thumb drive, according to the complaint.

He also failed to immediately report suspected child abuse to law enforcement or the Department of Child Services, which is also a violation of the rules of professional conduct for attorneys, read the complaint.

The Indiana Supreme Court Disciplinary Commission also accused Blickman of hindering the criminal investigation of Kyle Cox by not immediately disclosing to detectives that he had copies of the graphic images, and by advising the victim’s family not to cooperate with law enforcement.

Call 6 Investigates emailed Blickman and his assistant Wednesday and left a message at his office seeking comment on the complaint.

"Michael Blickman has devoted his life to family, community and the pursuit of excellence in the practice of law. Ice Miller stands behind Michael in this matter. Beyond that, Ice Miller does not comment on ongoing matters before the Disciplinary Commission."

The next step is Blickman has an opportunity to respond in writing to the allegation.

The Supreme Court may find the attorney did not engage in misconduct or could issue sanctions including a reprimand, a suspension, or disbarment.

It is a class B misdemeanor under Indiana code for a person to knowingly fail to make a report of suspected child abuse or neglect.

Blickman has not been criminally charged.

When Park Tudor directors discovered that school officials and Blickman failed to cooperate with the authorities, Park Tudor fired Blickman in February 2016, read the complaint.