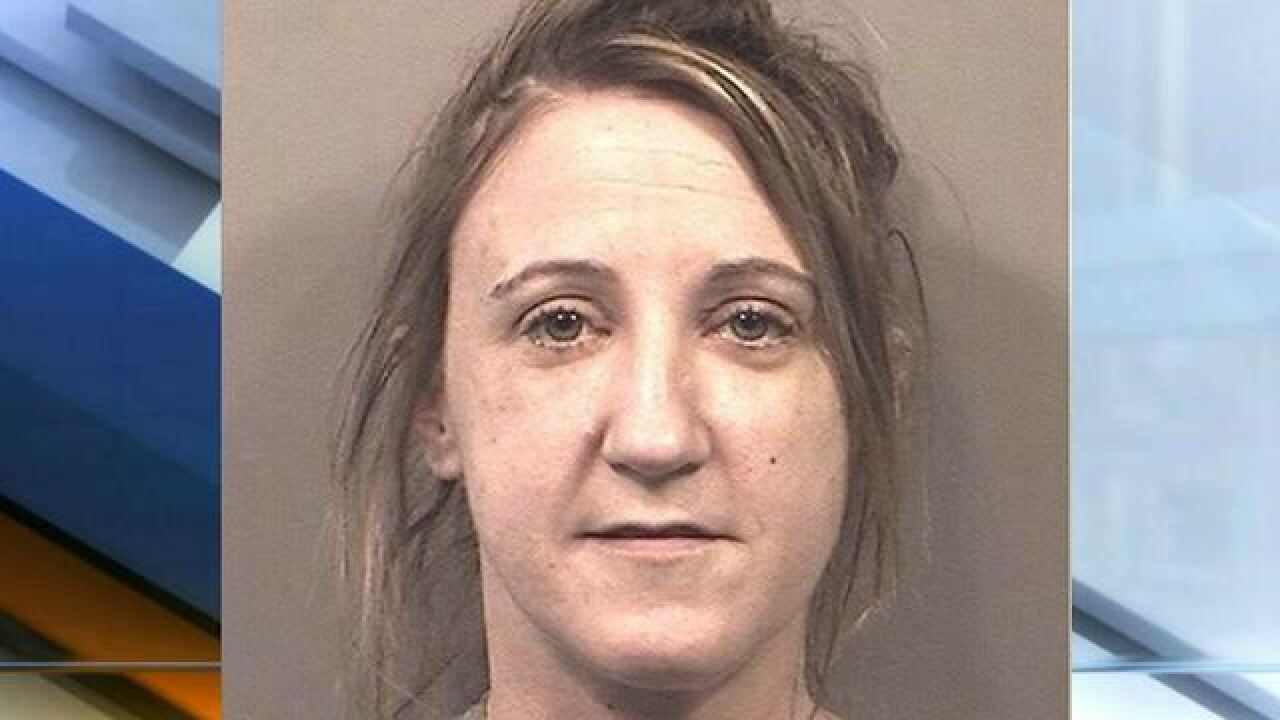 MONROE COUNTY, Ind. -- A Franklin attorney who was suspended after she was arrested for drunk driving on more than one occasion is in trouble with the law again after she was caught driving with a suspended license in Bloomington.

Police pulled over Julia Compton on September 27 at 8:29 am in the 2200 block of East 2nd street in Bloomington, and she received a summons to appear in traffic court on November 6.

Bloomington police did not arrest Compton, but rather she was ticketed for a Class A infraction, driving while suspended.

Compton is currently facing more than a decade in prison after her third arrest for drunk driving.

She has a pending case out of Johnson County, stemming from her December 29, 2016, drunk driving arrest.

Compton’s infraction for driving on a suspended license comes after Mothers Against Drunk Driving has expressed concerns about Compton not having respect for the law or the safety of other drivers.

“50 to 75 percent of convicted drunk drivers continue to drive on a suspended license, further clarifying that drivers’ license suspension does not keep the public safe,” said Lael Hill, spokesperson for the Indiana chapter of Mothers Against Drunk Driving on Wednesday. “Every year, over 10,000 people lose their lives to impaired driving and a percentage of those victims were victimized by repeat offenders.  We must require all DUI offenders to install an ignition interlock device on their vehicle to prove they’re sober.”

Compton’s driver’s license has been suspended since June, according to the BMV.

Johnson County deputy prosecutor Rob Seet said the judge ordered Compton not to drive, in fact, he made it a specific condition of her bond.

“We just filed a Motion to revoke her bond and requested she get arrested,” said Seet on Wednesday.

It will now be up to the judge to decide what happens to Compton.

Her next court hearing in the Johnson County case is November 30.

“We have every intention of arguing that she spend some time in prison,” said Johnson County deputy prosecutor Rob Seet in May.

Seet also pointed out prosecutors opposed Compton’s release from jail when she failed to appear in court, and was arrested again on February 24.

“We objected to her getting out,” said Seet in May.  “We wanted her to stay in jail, but the judge decided to give her an additional bond.”

Call 6 Investigates contacted Compton’s attorneys for a response to her September 27 infraction for driving while suspended, and they have not yet responded.

Mothers Against Drunk Driving is pushing for Compton to receive a prison sentence.

"I am concerned she's going to hurt herself or somebody else, and I want to keep this community safe," said Hill.

Compton is staying at the Amethyst House in Bloomington, a residential facility for people with addiction.

The Amethyst House is not an inpatient facility, so Compton can come and go during the day, but she has to be back before curfew.

Residents are allowed to use their phones, according to Amethyst House.

Her trial in Johnson County is scheduled for December 19.

She has two drunk driving convictions on her record.

In the March 2012 Hancock County case, Compton pleaded guilty to operating a vehicle while intoxicated and resisting law enforcement and sentenced to nearly a year of probation and a victim impact panel.

In a June 2012 Johnson County case, Compton pleaded guilty to OWI with prior OWI, a felony.

In that case, Compton was granted alternative sentencing, and sentenced to a misdemeanor, so there is no felony on her record.  She was ordered to serve a 365-day sentence, including home detention and inpatient treatment at Turning Point.