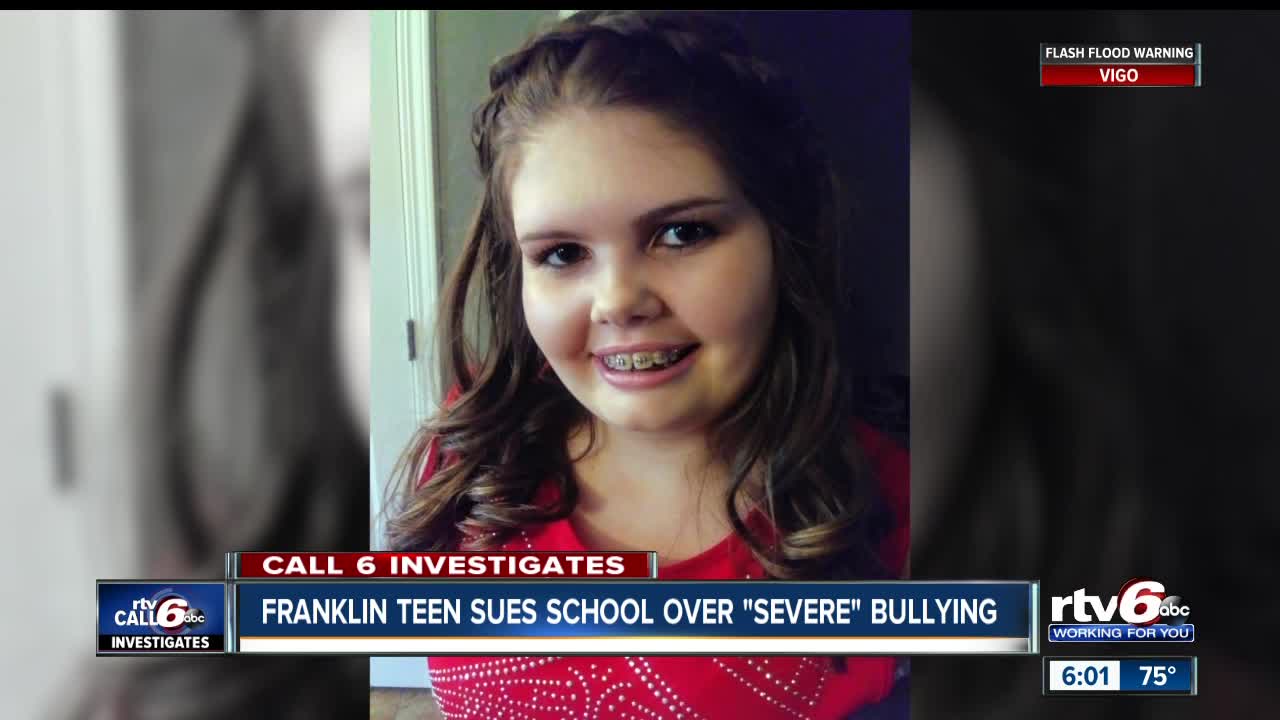 A Franklin teenager with special needs has filed a 26-page federal lawsuit against the Franklin Community School Corporation, accusing them of failing to stop “severe and pervasive” bullying within its schools. 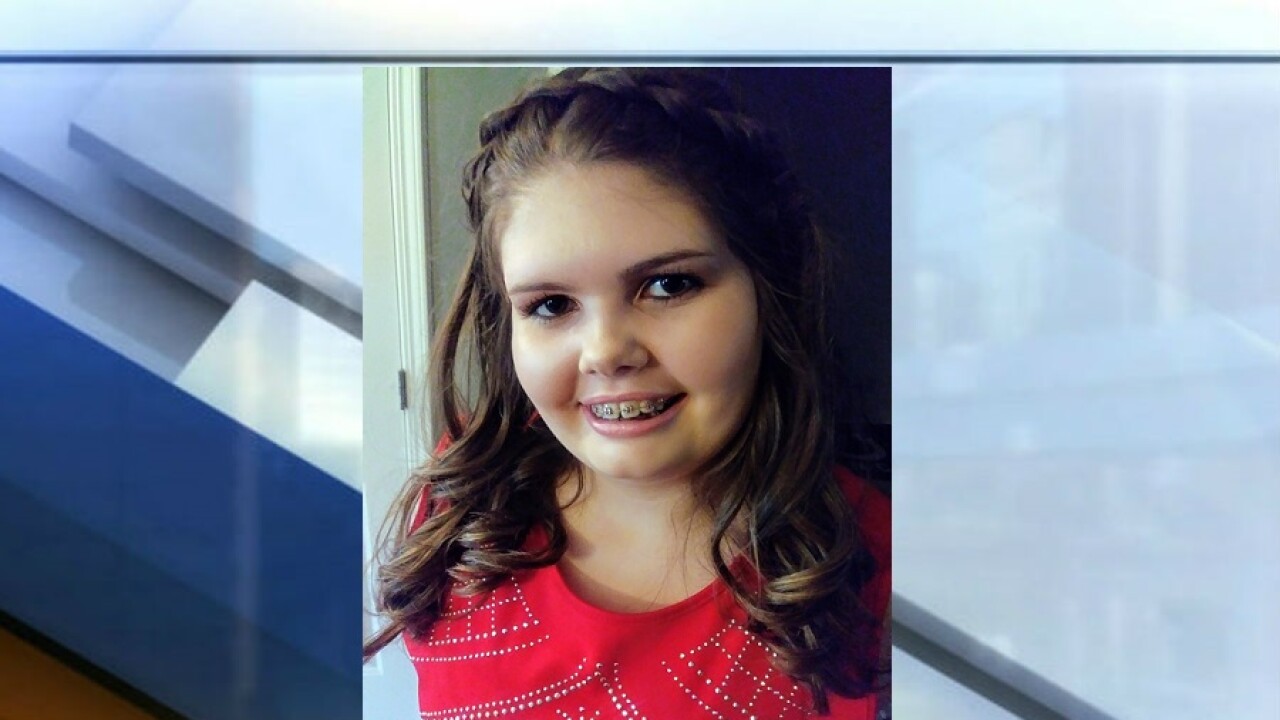 FRANKLIN — A Franklin teenager with special needs has filed a 26-page federal lawsuit against the Franklin Community School Corporation, accusing them of failing to stop “severe and pervasive” bullying within its schools.

The teen, identified in the lawsuit as R.N., and her mother, R.T., said the problem got so bad the teen attempted suicide several times.

The 14-year-old receives special education services for autism, depression and ADHD, according to the lawsuit.

R.N. was “the victim of a lengthy, severe and pervasive campaign of verbal and physical harassment by other students at school and on the school bus,” read the complaint, filed May 13 in the United States District Court for the Southern District of Indiana.

R.N. was teased, kicked, punched, hit and told by fellow students “you should die” and “dig a hole and bury yourself,” court documents say.

In a May 2018 Facebook post, R.N. said, “I’m so sick and tired of people making fun of somebody because they are autistic…. I have to deal with this situation almost every day at school. I'm tired of being made fun of. SERIOUSLY. I wish I was accepted for who I am.”

The teen attempted suicide several times in 2017 and 2018, and told emergency personnel during one incident “they pushed me at school today.”

“It’s deplorable,” Tom Blessing, attorney for the teen and her mother, said. “The school district didn’t take it seriously for years.”

Blessing specializes in representing students with special needs, and says R.N., her mom and stepfather all tried to talk to school staff and administrators about the bullying.

"There were meetings with school administrators including the principal, there were phone calls, emails back and forth and nothing seemed to really get the school's attention — even when she was hospitalized," Blessing said.

The lawsuit alleges when R.N.’s parents brought up concerns, school administrators and staff said R.N. was “overreacting” and suggested she attend half days or become homeschooled.

“The school didn’t handle the situation properly at all,” Blessing said. “Students deserve to go to school in a place where they feel safe.”

Records show a school principal told R.N.’s parents it wasn’t bullying because they did not involve multiple incidents committed by the same student.

The state’s definition of bullying says bullying is repeated acts or gestures committed by a student or a group with the intent to harass, ridicule, humiliate, intimidate, or harm the other targeted student and create for the targeted student an
objectively hostile school environment.

Blessing said the harassment against R.N. clearly met the definition of bullying.

As required by Indiana law, the Franklin Community School Corporation has a bullying policy in place.

On its website, the district says, “The School Board is committed to providing a safe, positive, productive, and nurturing educational environment for all of its students. The Board encourages the promotion of positive interpersonal relations between members of the school community. (Read more about policy 5517.01)”

The lawsuit said the district failed to train employees on how to enforce the policy.

“One of the reasons that a hostile education environment is allowed to exist in defendant’s schools is because of their failure to properly train their employees on the implementation and enforcement of their own written policies, resulting in their employees’ ignorance of those policies,” read the complaint.

The lawsuit alleges the school district looked the other way, and failed to take appropriate measures to prevent or stop the bullying or discipline the perpetrators.

R.N. belongs to a protected class because of her disability, Blessing said.

The lawsuit alleges the Franklin Community School Corporation discriminated against her, violated the Americans With Disabilities Act, and was negligent for failing to intervene.

“Schools have what's called a duty of reasonable care and supervision,” Blessing said. “When it doesn't fulfill that obligation, a family can seek recourse through the courts."

“The school district attorney is reviewing the lawsuit and all questions should be directed to the attorney," Dr. Clendening said.

The district’s attorney, Thomas Wheeler, of law firm Frost Brown Todd, said they just received the complaint and are reviewing it now.

DCS did not substantiate the complaint for child abuse or neglect, however, R.N. no longer felt comfortable confiding in school staff, the lawsuit said.

The lawsuit alleges R.N. is not alone.

Another student moved away from Franklin, but even after she moved, students continued to bully her on social media and she died by suicide in April 2018, the complaint said.

If you or your child is experiencing bullying, Blessing says the best thing you can do is to keep detailed records.

“You really need to document it so you can prove what you said to whom and when you said it, because in my experience, unless it’s in an email, you never told us,” Blessing said.

If the complaint involves a student receiving special education services, you can file a complaint with the Indiana Department of Education here.

Call 6 Investigates hears your concerns about bullying, and we’ve been tracking the problem for years.

Our Kara Kenney found most schools reported zero bullying incidents for the 2016-2017 school year.
Our reporting resulted in a new state law that took effect in July 2018 that requires IDOE to send schools a reminder about their duty to report bullying incidents.

The law also allows the Indiana Department of Education to audit schools to ensure they’re reporting bullying accurately, and also requires IDOE survey schools to find out what’s preventing them from reporting accurately.