Group's undercover investigation into Petland has ties to Carmel 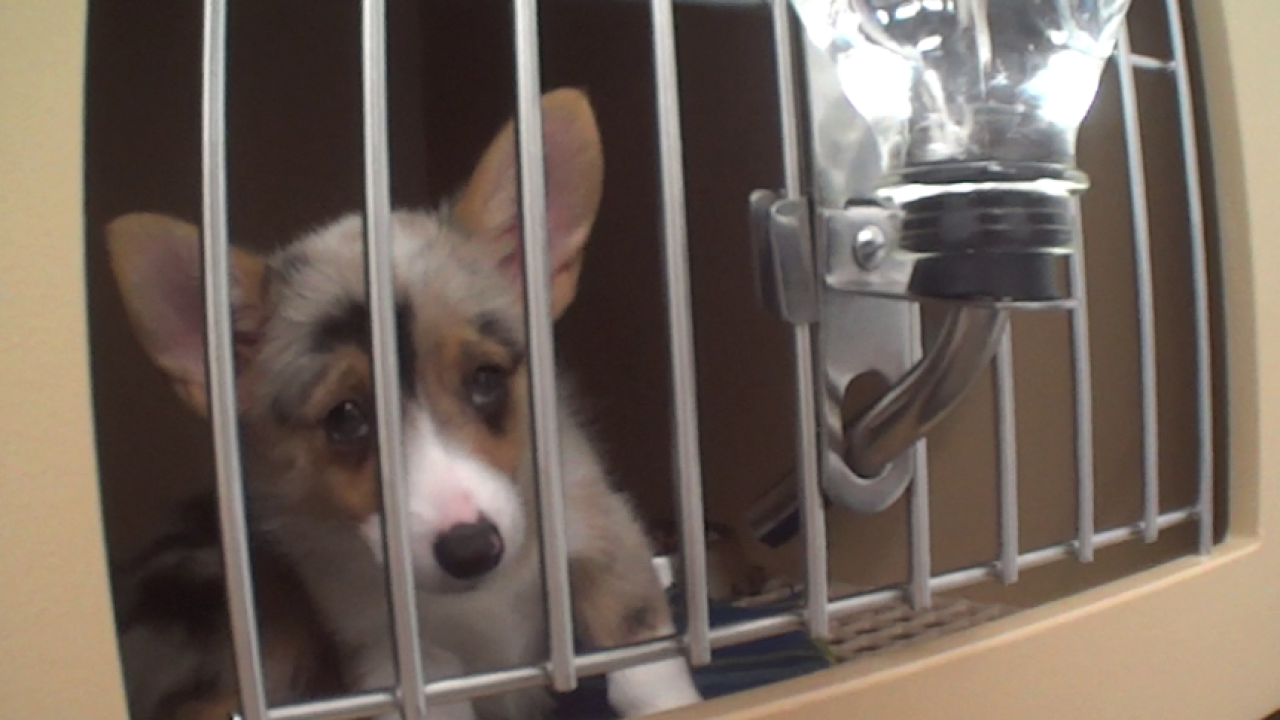 This is one of the puppies the Humane Society of the United States says was transported from a Florence, Ky. Petland store to the company&#39;s Carmel location.

CARMEL — The Humane Society of the United States says its recent undercover investigation of Petland, a national pet store, revealed the company covered up disease outbreaks and sold sick dogs.

The undercover investigator became sick with Campylobacter infection, a bacterial illness, the Kentucky State Health Department has linked to contact with puppies in Petland stores.

“Our investigator’s illness was at least the sixth human illness linked to the Florence store this year, according to records HSUS obtained from the Kentucky health Department,” read the report. “At least two of the people who became sick after having contact with puppies from the store, which is owned by Petland, Inc., had to be hospitalized, according to state documents.”

HSUS hidden cameras found the Florence store failed to test or properly treat puppies with symptoms of the disease, which can cause stomach pain, fever, nausea, diarrhea, and bloody stools in both pets and people.

“The corporate store’s cover-ups of disease outbreaks, its sale of sick dogs, and its failure to provide professional veterinary care to puppies who were sick for weeks is very similar to the deficiencies we identified in other investigations in Petland franchise stores in seven other locations in six states,” read the report.

Several puppies who were exposed to distemper were transferred to a new Petland store in Carmel, according to the HSUS.

RTV6 asked Petland about the animals who were brought to Indiana.

“There were puppies moved to Carmel under our veterinarian’s direction,” Petland spokeswoman Elizabeth Kunzelman said. “They were there for about a week and then returned to different Ohio locations, again under the direction of our consulting veterinarian. All of the puppies had signed certificates of health.”

“Our number one priority is the health and well-being of our pets,” read the Petland statement. “We once again find it disturbing that HSUS is more concerned about headlines than true animal welfare.”

The Humane Society of the United States, which is not affiliated with local shelters, said puppies at the Florence, Ky. Petland location were found to have campylobacter, distemper and parvo.

“Dogs from any source (shelter, rescue, breeder or pet store) can contract these three illnesses,” read the Petland statement. “In fact, it is not uncommon to see major outbreaks in shelter populations. CDC has stated multiple times that Campylobacter can be found in any dog, regardless of source.”

Customers at the Florence location were not properly warned about the diseases that the puppies may carry, according to HSUS.