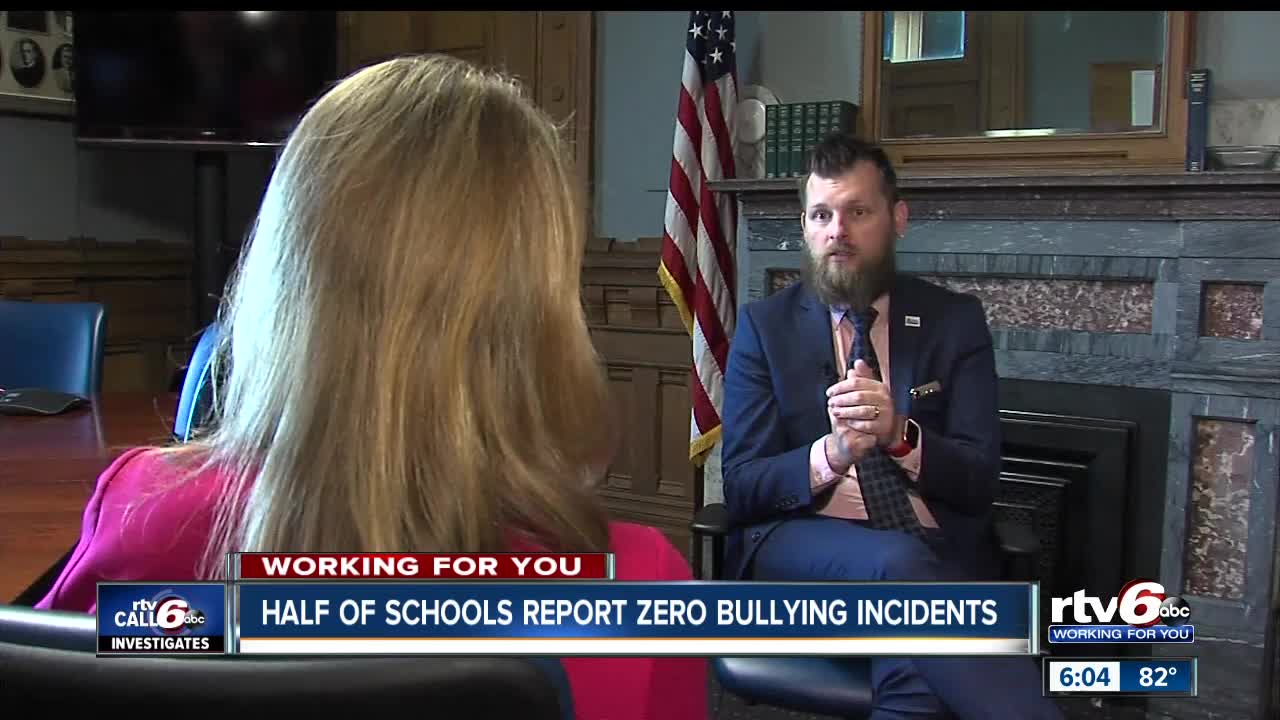 New numbers reveal a six percent decrease in bullying reports in Indiana schools, and half of the schools did not report a single bullying incident for the 2018-2019 school year. 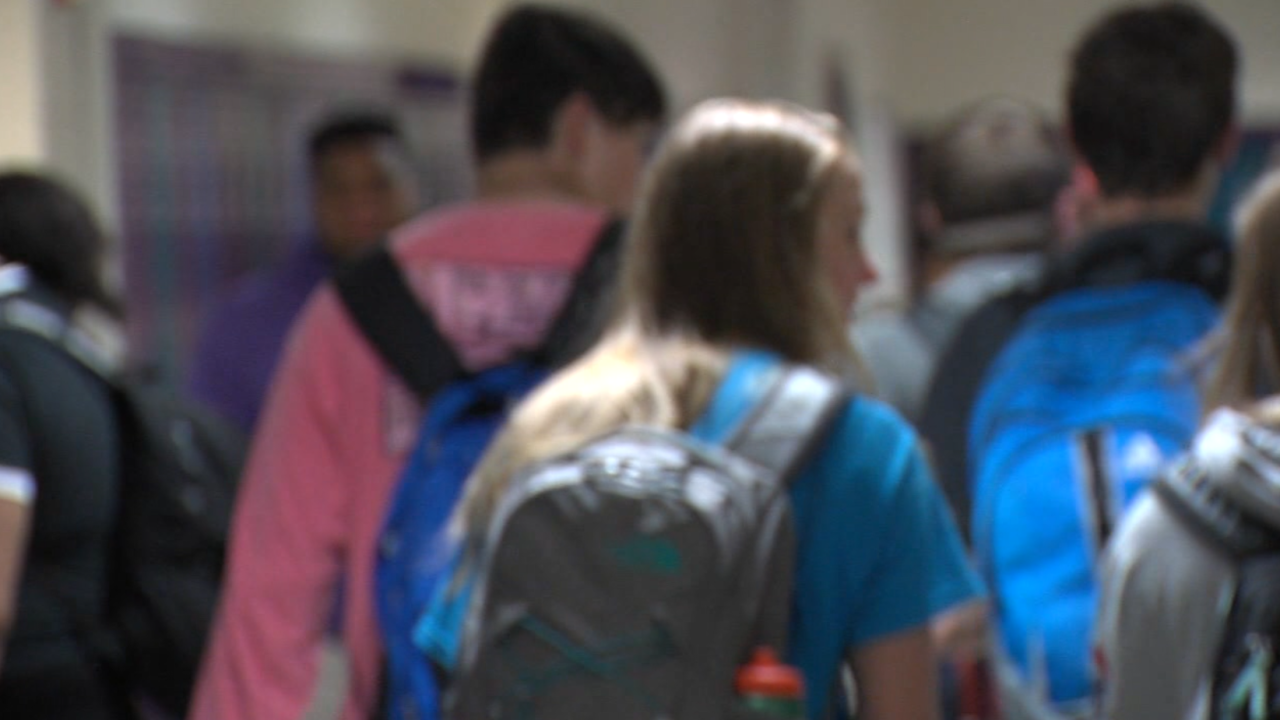 INDIANAPOLIS — New numbers reveal a six percent decrease in bullying reports in Indiana schools, and half of the schools did not report a single bullying incident for the 2018-2019 school year.

Fifty percent of Indiana schools did not report any bullying to the Indiana Department of Education last school year, records show.

That's an improvement, parents say, from a Call 6 Investigation in 2017 that found 60 percent of schools did not report any bullying for the 2016-2017 school year.

Angie Stagge is a mother concerned about bullying in our schools and says more schools should be reporting bullying.

"I think that's awful because there is no way that is true," said Stagge. "Every school should have at least one to two incidents. There's no way no one in a school has not been bullied at one point in time."

Stagge says the state's bullying problem is not getting better, despite what the numbers show.

"I think more needs to be done," said Stagge. "I've got parents who say their kids are trying to commit suicide due to bullying, due to hazing. I don't think it's gotten much better. "

Prompted by the Call 6 Investigation in 2017, state lawmakers passed a law that requires the Indiana Department of Education to remind schools they're required to report bullying each year.

The newly released bullying report shows 100 percent of schools submitted their bullying numbers, which was an improvement compared to previous years.

"We have every school recognizing the importance of the report and putting a number in, that's a good start," said Adam Baker, spokesperson for IDOE.

IDOE can also audit schools if they suspect they're not telling the truth about bullying.

"If a parent is looking at the report and saying this is not correct, or my situation is not being addressed, definitely reach out to us," said Baker. "You can call us at the department. "

Bullying training is required for employees, students, and volunteers who have direct, ongoing contact with students.

IDOE is working with school corporations to encourage accurate reporting of bullying.

"If it's bullying, define it as bullying because we want that clear picture," said Baker.

Angie Stagge is leading a group to look at changing the state's definition of bullying to incorporate more of the fights and peer conflicts that are currently being left out of the bullying reports.

Following a Call 6 Investigation that found most schools reported zero bullying incidents, a new law took effect in July 2018 that requires the Indiana Department of Education to survey schools to find out what's preventing them from reporting accurately.

The report reveals less than half, 49.7%, of school districts believe their bullying numbers are accurate.

The Indiana Department of Education asked schools what prevents them from accurately reporting incidents to the state.

Nearly three quarters responded they have difficulty reporting behaviors that might not necessarily fall under the bullying label.

Twenty percent of schools reported the state's definition of bullying is too vague.

The definition includes that bullying must be repeated acts or gestures.

The first of its kind survey that sought to uncover what's stopping schools from reporting accurate bullying numbers found only 49.7% of schools believe their numbers are accurate, 14% blamed lack training regarding bullying, 5% believe IDOE's data reporting process is faulty, and 5% fear retribution from the community and media.

They have developed a plan to improve accuracy that includes providing training to school corporations and disseminating resources to parents so they can get a better understanding of bullying.

If you think your school's bullying numbers are inaccurate, please contact kara.kenney@wrtv.com.