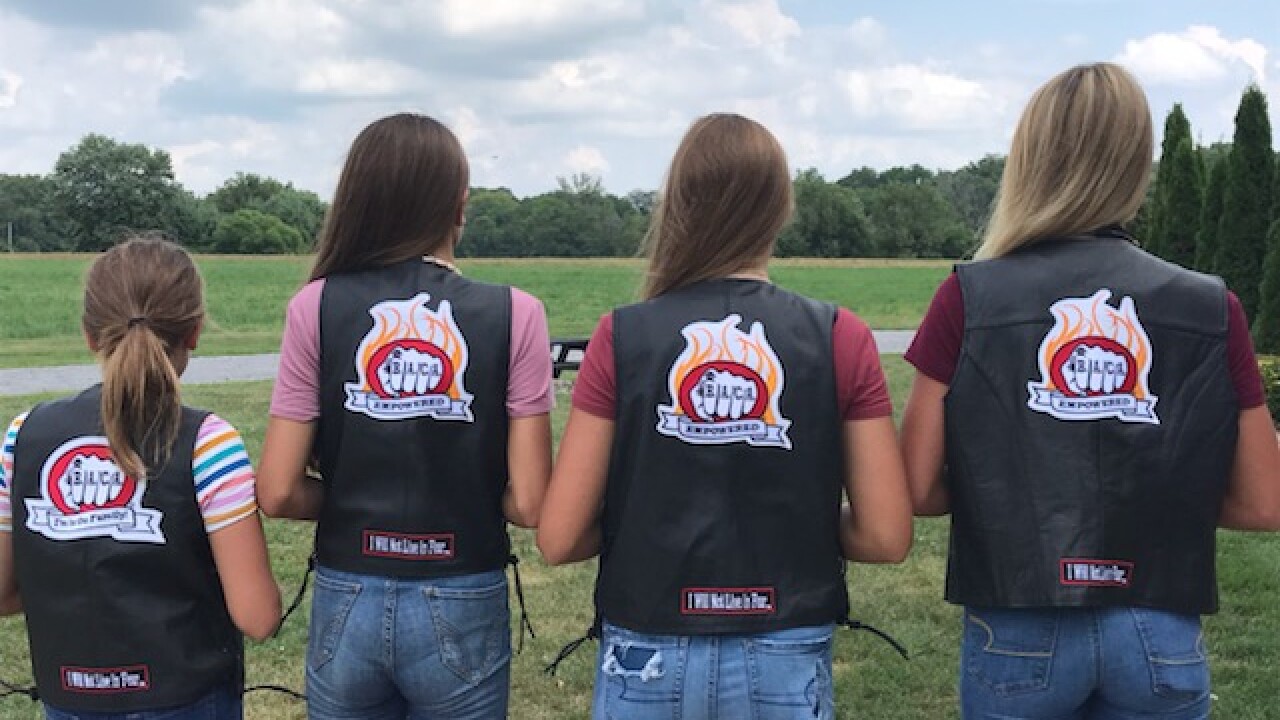 NORTH SALEM — A Hendricks County teen and her parents who have accused a Tri-West teacher and coach of sexual misconduct are now getting support from a national group of bikers.

Bikers Against Child Abuse (BACA) visited Stacy and Mark Lewis and their four daughters at their North Salem home on Sunday.

Stacy and Mark Lewis filed a tort claim against the North West Hendricks County School Corporation on August 6 on behalf of their daughter, who is now 17-years-old and a senior at Tri-West High School.

The couple alleges the district failed to keep their daughter safe from Tri-West head football Coach Tyler Bruce, who is on paid administrative leave pending the outcome of a criminal investigation and Department of Child Services inquiry.

Bikers Against Child Abuse’s goal is to create a safer environment for abused children.

“We desire to send a clear message to all involved with the abused child that this child is part of our organization, and that we are prepared to lend our physical and emotional support to them by affiliation, and our physical presence,” read their website. “We stand at the ready to shield these children from further abuse. We do not condone the use of violence or physical force in any manner, however, if circumstances arise such that we are the only obstacle preventing a child from further abuse, we stand ready to be that obstacle.”

Stacy Lewis told RTV6 their family has faced a lot of backlash for accusing Bruce of sexual misconduct.

“BACA invited our daughters into their family to provide them with a sense of safety and community to ease their worries against the forms of intimidation they have faced in our little town and school,” Lewis said. “BACA is available any time of day if our daughters are scared or need support.”

The Lewis’ have three other daughters in the school system as well.

“BACA provided them with leather vests that have their road names of Stiletto, Banshee, Tesla and Half Pint on them as well as a teddy bear to hug,” said Lewis.

The North West Hendricks County School board released a statement to RTV6 defending its decision to keep Bruce on staff.