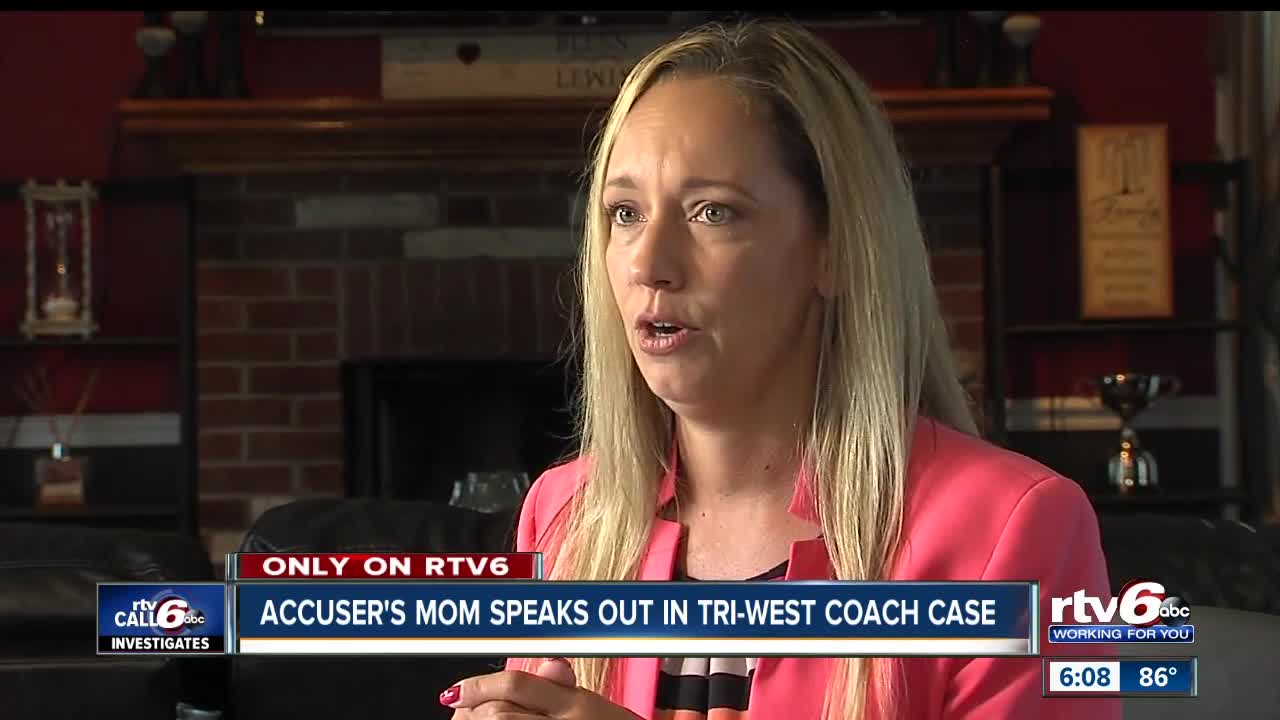 A mother says the North West Hendricks County School Corporation failed to keep her teenage daughter safe from a teacher and coach, and now she’s taking legal action in the hopes of prompting change in the district. 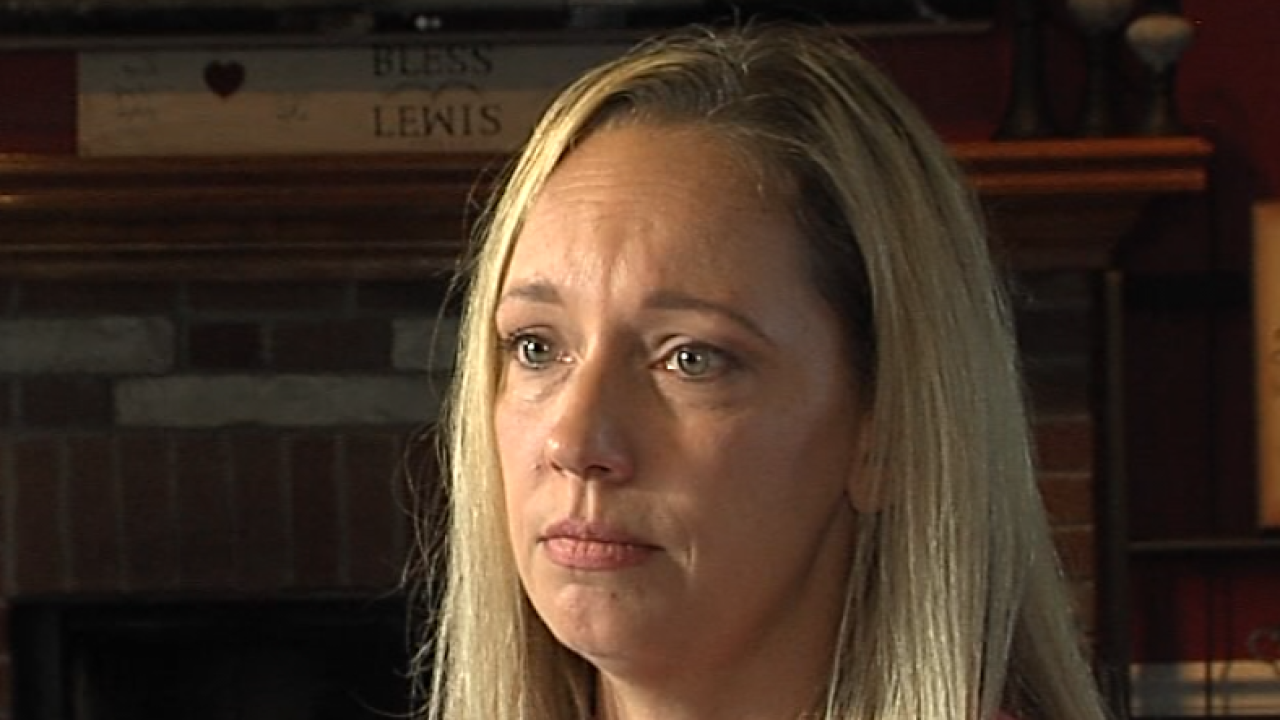 NORTH SALEM — A mother says the North West Hendricks County School Corporation failed to keep her teenage daughter safe from a teacher and coach, and now she’s taking legal action in the hopes of prompting change in the district.

Head football Coach Tyler Bruce is on paid administrative leave pending the outcome of a criminal investigation and Department of Child Services inquiry.

Stacy and Mark Lewis of North Salem filed a tort claim on August 6 against the district on behalf of their daughter, who is now 17-years-old and a senior at Tri-West High School.

A tort claim essentially puts the school corporation on notice of the Lewis' plans to sue and demands school officials preserve all evidence in the case, including audio and video recordings and personnel files.

"He said, 'you know, I'm the head football coach, and no one is ever going to believe you,'" said Stacy Lewis. "He used intimidation, threats, academics. It pushed far beyond the line."

The tort claim says in March 2019, someone made an anonymous call about Bruce working out alone with the teenage girl, but nothing happened until two months.

In May 2019, a school resource officer at Tri-West High School observed what he believed was an inappropriate interaction between Bruce and the teen and reported the incident.

Stacy Lewis and her attorney Jeff Gibson of law firm Wagner Reese allege the school failed to properly monitor Bruce and should have taken action back in March 2019 when the first complaint came in.

"Tyler Bruce is a symptom of a bigger problem in North West Hendricks County School Corporation," said Jeff Gibson, attorney for Stacy and Mark Lewis and their daughter. "When a complaint comes in with a teacher being alone with a student, the school has an obligation to step in at that point in time. Had they done that, we wouldn't be sitting here today."

The tort claim says the teen has suffered emotional distress and trauma as a result of Bruce's actions and the school's failure to protect her.

"I would hope that in a school system, the number one priority would be to protect students and it seems to have fallen woefully short in this instance," said Gibson.

They allege the school district was careless and negligent by failing to implement procedures to safeguard children at Tri-West High School and the North West Hendricks County School Corporation.

Stacy Lewis says it was the Indiana Department of Child Services, not the school, who first told her about the allegations involving her daughter and Bruce.

"The school didn't call me, I didn't know what was happening, and now this has happened," said Stacy. "It could have been stopped months ago, and they didn't."

Stacy says back to school is usually an exciting time to take pictures on the front porch—but not this year.

"Rather than being able to take that picture- I had to worry about whether she was going to be safe," said Stacy. "It should be the first day of her senior year that she's really excited about and she's scared. She's really scared."

At the July 29 special session, the NWHSC administration recommended that Tyler Bruce's teaching contract be terminated.

Bruce remains on leave due to the ongoing criminal and DCS investigations, said Superintendent Michael Springer.

Springer declined to comment on the tort claim filed August 6.

Call 6 Investigates learned the Athletic Director, Nathan Begle, and Dean of Students, Stacey Begle, at Tri-West High School are both on paid administrative leave in connection with the Tyler Bruce case.

The Tri-West High School principal Adam Benner resigned in June after the investigation into Bruce began.

"There's obviously a lot more to the story," said Stacy Lewis. "I do know she wasn't protected and she wasn't safe."

Call 6 Investigates tried to contact Tyler Bruce, the Begles, and Benner for comment and we are still waiting to hear back.

When RTV6 sent emails to their school accounts, the emails did not go through.

Stacy Lewis has four daughters in the district and wants to help protect them and other students.

"I hope the school will put in tighter controls and they'll start protecting students and investigate," said Stacy.

The school does have a safety plan in place for Stacy's daughter to go back to school.

She says moving is out of the question since they've been in the community for 13 years.

"We're not leaving because someone did something wrong," said Stacy. "He needs to be punished for what he did, and they need to address it at the school and protect our children."

Hendricks County prosecutor Loren Delp said the agency would not comment on any case under investigation.

"As a result, the Hendricks County Prosecutor's Office can not comment at this time," said Delp in an email to RTV6.