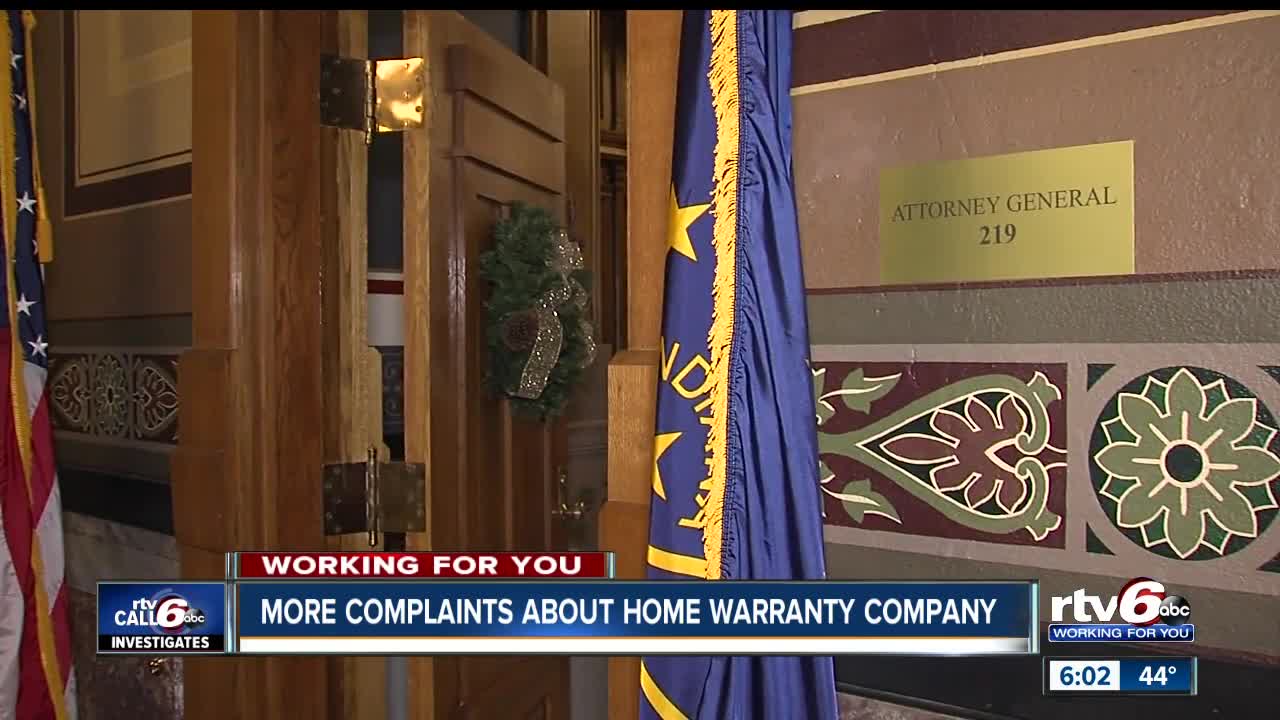 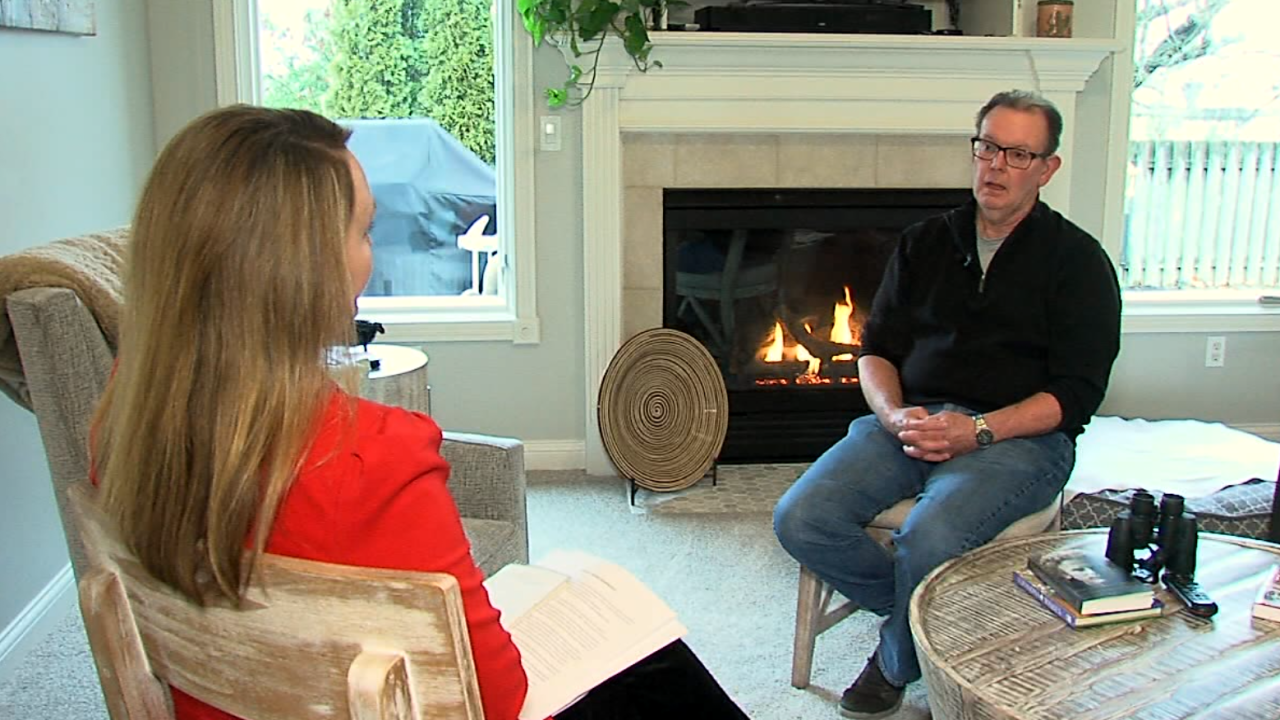 Hitchings said the company denied his claim for a cracked heat exchanger in his furnace.

“I was disappointed,” Hitchings said. “It seemed like a very logical repair.”

Since our story ran Dec. 2, the Indiana Attorney General’s office has received six new complaints and a total of 27 complaints since mid-2018.

In October, the Arizona Attorney General filed a lawsuit against Choice Home Warranty, alleging the New Jersey based company collected millions from consumers and promised to keep out of pocket costs low for refrigerator and A/C issues.

However, in reality the Arizona AG says the contracts given to customers often excluded those items completely.

The Indiana Attorney General’s office released the following statement to Call 6 Investigates: “We can neither confirm nor deny any investigation into Choice Home Warranty at this time. All consumer complaints received are reviewed by our staff. They are then handled accordingly based on the issues in each individual complaint. Communication with the complainant is maintained during this process and consumers are always free to contact our office at 1-800-382-5516 with any questions they may have about their complaint.”

Hitchings and his wife bought a 19-year-old Noblesville home back in May, and the previous owner didn’t keep maintenance records, so they wanted extra protection.

"As an insurance adjuster, I know what is not covered by a homeowner's insurance policy, so we were just covering the gap," Hitchings said.

Hitchings said he paid $2,300 up front for a six-year policy with Choice Home Warranty.

He had his furnace serviced in December, and the technician found a crack in the heat exchanger.

He filed a claim with Choice Home Warranty, who denied his claim.

“We are not responsible for malfunction or improper operation due to rust or corrosion of all systems and appliances,” read the email from Choice Home Warranty. “Heat exchangers are made of materials designed to withstand the transfer of heat through the chambers and cabinet of the furnace and the standard expansion and contraction that is associated with this process. Water leaks on the system, whether from a drain line that is plugged or a humidifier that isn’t seated properly, will cause a corrosive build up on the outer shell and rust which creates premature cracking.”

Hitchings showed RTV6 the heat exchanger and said there is no corrosive build up that would indicate water was leaking onto it.

“Rust and corrosion would be more obvious than what I’m seeing,” Hitchings said.

“That’s from the man who looked at it, a licensed professional,” Hitchings said. “The heat exchanger is a wearable part in a gas furnace. They wear out.”

Hitchings filed an appeal and lost, so he filed a complaint with the Indiana Attorney General and contacted Call 6 Investigates.

Call 6 Investigates contacted Choice Home Warranty and Cindy Blue with the office of the president provided a statement to RTV6.

There are almost always opportunities for improvement in any service business. We actively work to address customer concerns and to understand why and where breakdowns may occur in the service journey, so that we can continue to improve the services we provide to our customers. We have reached out to Mr. Hitchings to discuss his claim and try to resolve his concerns.”

He paid $12,000 to buy a new heating and cooling system, and plans to cancel his contract.

“Do your homework, but even then, there’s no guarantees,” Hitchings said. “There’s a lot of fine print.”

In the future, he plans to save his money rather than paying for a home warranty.

“If an issue comes up, I can get it fixed as I see fit,” Hitchings said.

The Better Business Bureau currently has an alert on the company’s profile about the lawsuit.

“That’s a government action, and people should weigh that and pay attention to that,” Tim Maniscalo, president of the BBB Serving Central Indiana, said.

The BBB recommends before you get a home warranty, do your research on the company and read the contract including what can be excluded.

“You really want to sure you know what’s covered and not covered,” Maniscalo said. “They can exempt a lot of things in the home.”

Also, check and see whether you have existing manufacturer or store warranties on appliances and other items in your home.

“You may also want to weigh how much does that cost me versus if I just put that money away myself and have my own emergency fund if something happens,” Maniscalo said. “Maybe that would be a better way to do it.”