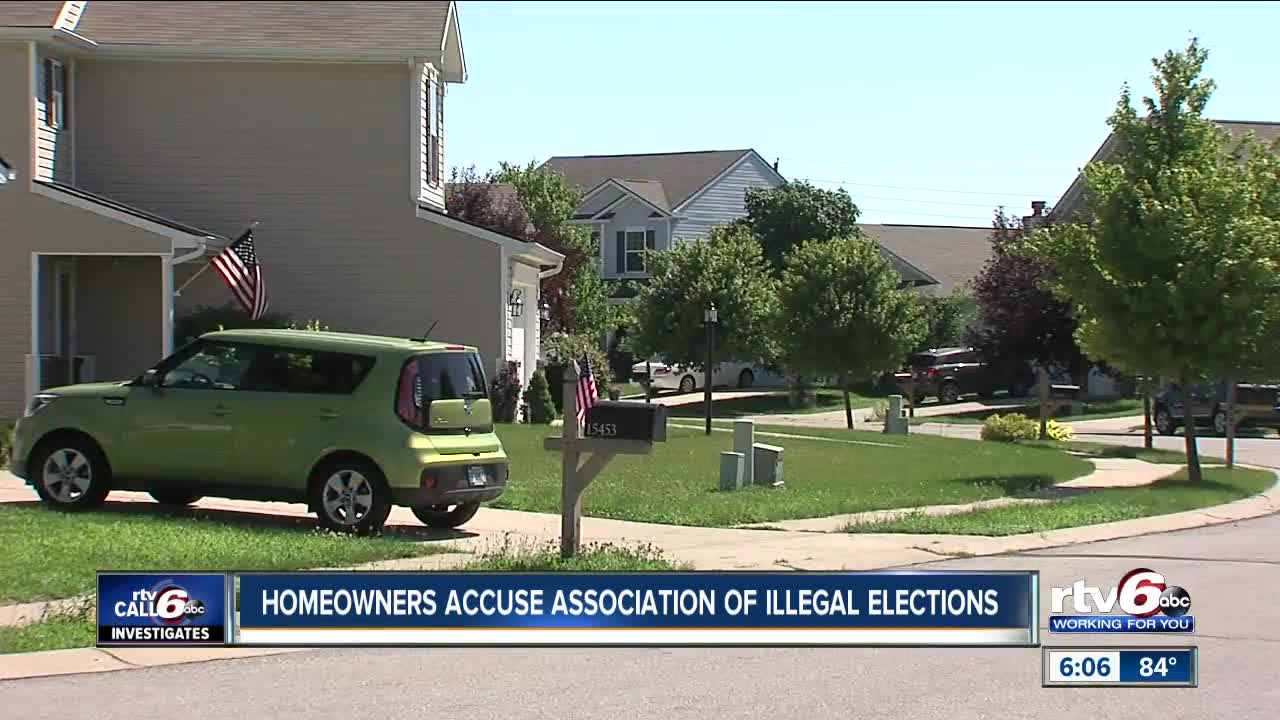 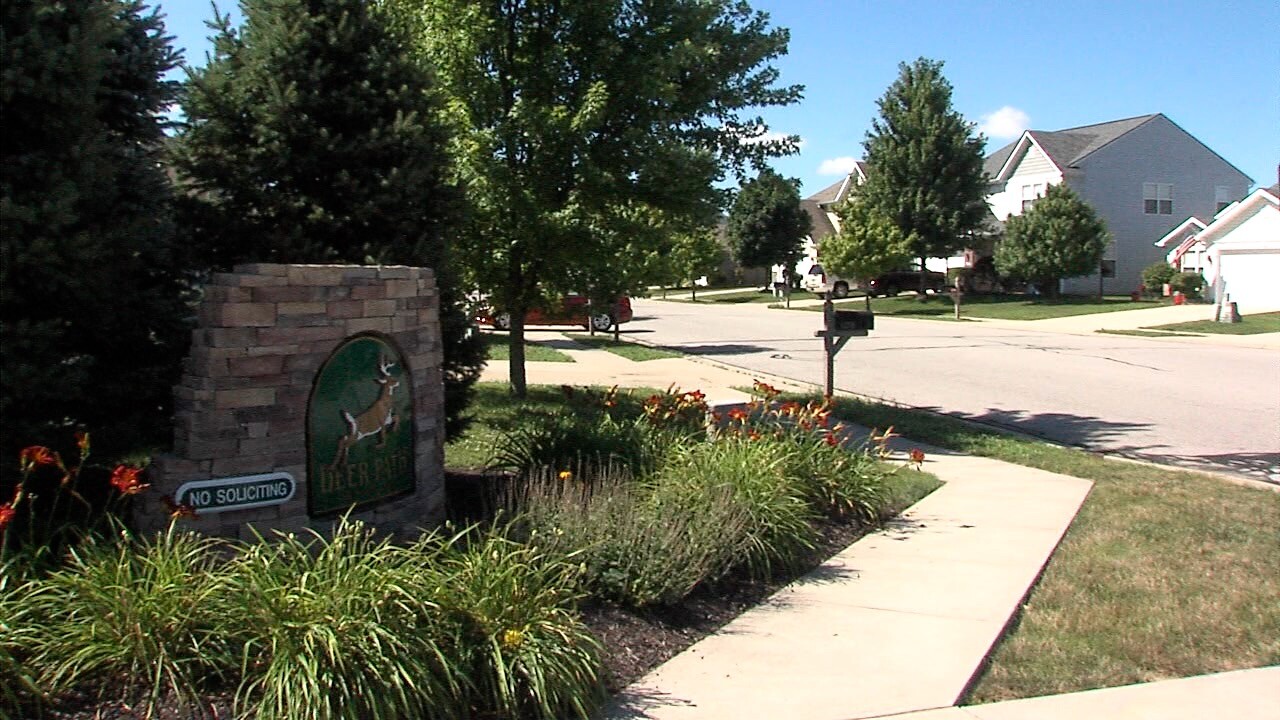 NOBLESVILLE — One of the largest neighborhoods in Hamilton County is facing a lawsuit in which its homeowners' association is accused of holding "sham" elections and mismanaging the HOA's money.

Nearly a million people in Indiana live in a neighborhood with a community or homeowners' association—organizations that collect dues from residents and, in turn, manage common areas like landscaping, parks and pools.

Deer Path in Noblesville has 1,500 homes and is one of the largest subdivisions in Hamilton County.

Andrew Taylor has lived in Deer Path for five years.

"Great location, wonderful place to live and raise your family and this is where I have been raising my family," said Taylor.

Taylor and his attorney, Brian DeHem, who also lives in Deer Path, filed a lawsuit on May 5 against the Deer Path HOA and its board members.

The complaint accuses the HOA and its management, Kirkpatrick Management Company, of "illegal and improper" conduct.

"Someone needs to stand up for the homeowners," said Taylor. "We all live in these communities. These are our homes."

The lawsuit accuses Deer Path of an "illegal scheme" of ignoring the HOA's covenants and bylaws and holding "sham elections" without the required number of voters.

"In some cases, as few as nine homeowners were present at the election meeting when the Deer Path Bylaws required, at least, a quorum of over 700 homeowners to hold an election of the Board of Directors," read the complaint.

Attorney Brian DeHem said this calls into question the validity of the HOA's decisions over the past eight years.

"During this time when the board wasn't elected for the better part of a decade, there's been people who have lost their homes and pay thousands of dollars to a board that hasn't been elected and a property management company that didn't have the authority to do any of this," said DeHem.

The lawsuit also alleges the HOA failed to get required financial audits and engaged in "thousands of dollars in untraceable financial transactions."

Deer Path failed to follow its own preventative maintenance plan by failing to spend a single dollar on scheduled maintenance since 2015, records show, and instead revealed to homeowners in October 2019 they planned to spend the surplus on building a clubhouse.

"Who is in charge of your homeowners' association is more important in many ways than who the President of the United States," said DeHem. "How often will an HOA affect your life? A yearly basis, and sometimes on a monthly basis."

Call 6 Investigates reached out to the board members, the community manager, and their attorney for a response to the lawsuit.

"Neither the Board nor myself feel it is advisable to comment on pending litigation," said Danford R. Due, attorney for Deer Path.

Call 6 Investigates also contacted law firm Thrasher Buschmann & Voelkel, which handled collection matters for Deer Path, but we have not heard back from them.

DeHem said HOAs should consider using independent attorneys, not necessarily the ones connected to their property management companies.

"You need independent counsel who is dedicated to your community who will tell you what you should do," said DeHem. "That's the most important thing when you have people that are questioning each other."

The lawsuit is asking the judge to order Deer Path to hold a legal election and declare elections dating back to 2011 invalid and void.

Homeowners hope the lawsuit sends a message to the thousands of HOAs in Indiana that they have to follow the rules, especially when it comes to elections and finances.

Not all homeowners in Deer Path agree with the lawsuit, however.

“My family and I have enjoyed the past 8 years living in Noblesville, IN within the Deer Path neighborhood,” said Chris Sledz. “Over the 8 years we’ve had a constant annual HOA payment, enjoy a variety of neighborhood amenities, and I believe lower dues than the surrounding area. I’ve appreciated the respect of my neighbors and firmly believe they will continue that respect in the future.”

If you have an issue with an HOA, you can file a complaint with the Indiana Attorney General's office however Indiana law allows the state to take action on five specific things such as if an HOA intentionally or knowingly misappropriates funds, if the HOA violates its requirements related to budgets, or fails to properly use proxies.

To avoid an HOA nightmare