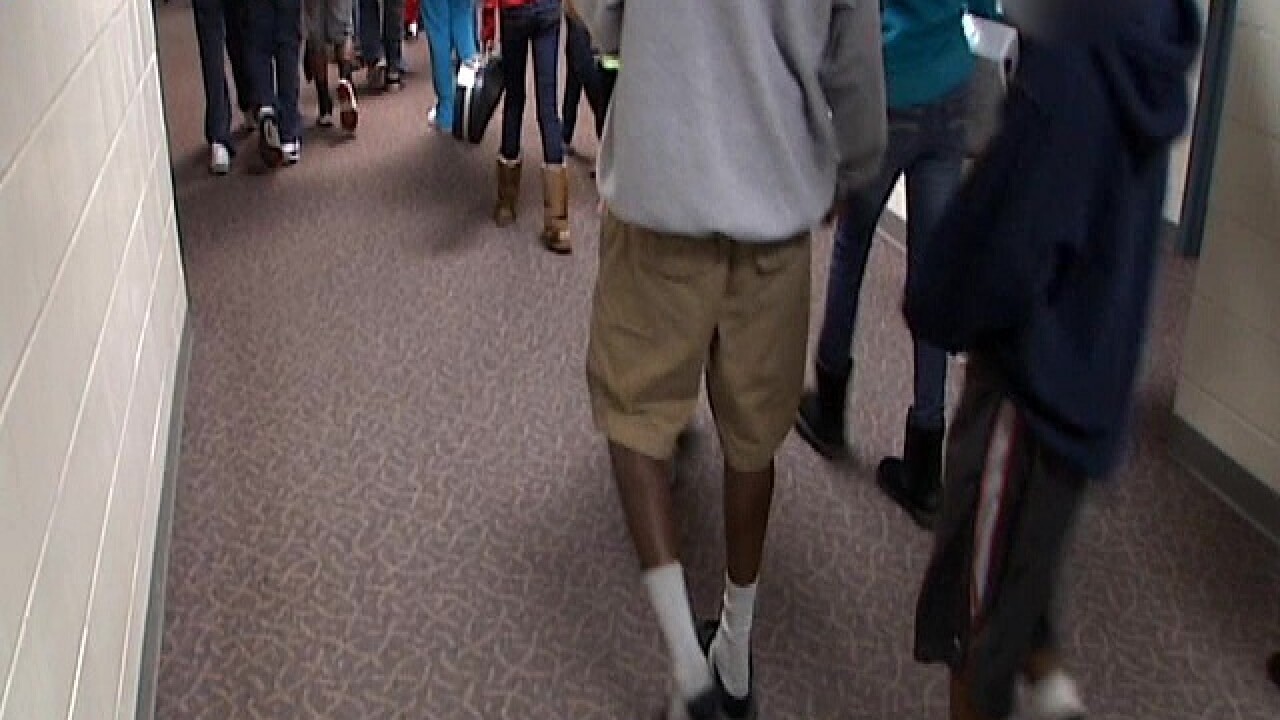 INDIANAPOLIS --  The Indiana House Committee on Education moved forward Monday with legislation in direct response to a Call 6 Investigation that found schools misreporting how often students are bullied.

Some school districts, like Indianapolis Public Schools, admitted they misreported bullying and vowed to do better, but other districts stood by their zeroes.

House Bill 1356 aims to improve how schools report bullying incidents to the state.

Goodpaster, with the Marion County Commission on Youth, and Hazem Bata with the Indiana Muslim Advocacy Network both testified in support of the bill, saying parents have a right to know how often students are being bullied.

“We need to know,” said Bata. “So this bill will improve how informed everybody is and allow us to respond accordingly, and for that I strongly suggest everyone support this bill.”

House Bill 1356 would require the Indiana Department of Education to send an annual letter to school corporations reminding them of the bullying reporting law.

Lawmakers discussed tweaking the language to allow IDOE to send an email rather than a letter, which would be more cost effective.

“Whatever we can do to provide the schools with supports to know how to do the reporting and address the problem if they report incidents, and that’s the point behind the law and that’s what we’re trying to do,” said Goodpaster.

The bill would also require IDOE to conduct a statewide survey on improving bullying reporting by November 1, 2018.

House Bill 1356 would also inform school corporations that bullying does not factor into a school’s annual letter grade they receive from the state.

Committee chair Rep. Robert Behning (R-Indianapolis) expressed concern about this part of the bill, and the issue will likely be debated at future readings of House Bill 1356.

The legislation would also allow the Indiana Department of Education to conduct an audit of school corporations to make sure bullying incidents are accurately reported, and then report discrepancies on the IDOE website.

David Woodward, Director of School Building Physical Security & Safety at the Indiana Department of Education, expressed concern about the agency’s ability to perform those audits.

“In the spirit of local control, it’s my opinion representatives from the state should not be conducting separate investigations into each discipline event,” said Woodward. “It undermines the authority of local school corporations when we should be supporting them instead.”

Currently, schools submit their data to the Indiana Department of Education, yet the agency does not systematically review each school’s bullying numbers.

By July of every year, Indiana schools are required by law to report bullying incidents to the Indiana Department of Education including physical, verbal, social and electronic bullying.