House fires are on the rise in Indiana; these 6 surprising things are being blamed for them 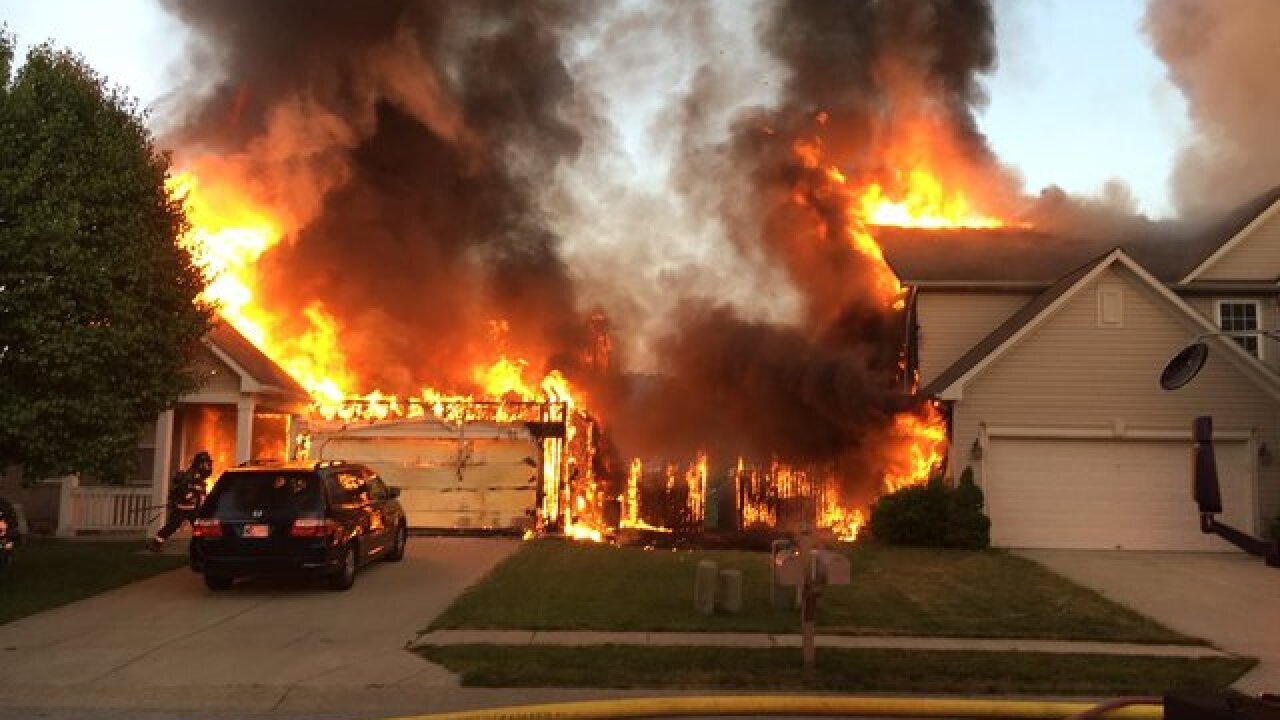 Copyright 2018 Scripps Media, Inc. All rights reserved. This material may not be published, broadcast, rewritten, or redistributed.
Brownsburg Fire Department Twitter
<p>No one was injured in this fire that broke out just after 6am Monday in the Williamsburg Villages subdivison in Brownsburg</p>

INDIANAPOLIS – The number of house fires in Indiana is up, and the fires are being caused by household items you might not expect to be hazardous.

Carmel’s Fire Department says they are seeing an uptick in fires from everyday items such as chargers and pet beds.

With the help of the Carmel Fire Department, RTV6 put together a list of the top 6 unexpected items that are causing fires:

With many people have at least one cell phone and seeming to be always connected, more fires are being caused by cell phone chargers and cables.

Be aware of what cell phone chargers you are buying and watch out for those knockoff brands or super cheap deals on the internet. While they look like great deals, many aren’t built to the standards that they should be and have a higher fire risk.

Also, watch out for frayed cables. If you see that the cable is coming apart, even a little bit, throw it out and get a new one.

Along with knockoff cell phone chargers, many laptops, tablets and cell phones are finding their way into the bedroom and often spending the night under a pillow or the covers. These chargers can already get really hot, and under the covers, they get even hotter and could spark a fire.

Pet's beds might be comfy for your pet, but they’re often highly flammable and can mean disaster if they come into contact with a space heater, fireplace or another heating element.

Be aware of where you’re placing your pet beds.

You should never plug one power strip into another and if you are plugging in electronics, make sure the plug can handle it in the first place.

If the wiring in your home is old, call out a licensed electrician to check it out and make sure you can safely plug everything it.

Clearing out the lint trap inside their dryer after each use is simple, but many don’t ever think about regularly checking that metal tube between your dryer and the outside. Even if you clear out your lint trap each day, those tubes can easily get jammed up with lint and over time get completely clogged up and catch on fire.

You can buy tools to clean it out at your local hardware store or look for a local service to come clean it out.

With Halloween and then the holiday season around the corner, many are decorating their homes, but many people end up using extension cord after extension cord for their decorations and it can be a dangerous mix.

Make sure you aren’t running too many decorations off one outlet. If you’re hanging up a lot of decorations that require power, split it up over multiple outlets in your home. Also, make sure to use the right type of extension cords and if you’re doing things outside, make sure you’re using cables meant for the outdoors.

The number of fatal fires is also up, according to Indiana’s Department of Homeland Security. In all of 2017, Indiana saw 70 fire deaths.

From January through October 11, 2018, Indiana has already seen 68 deaths.