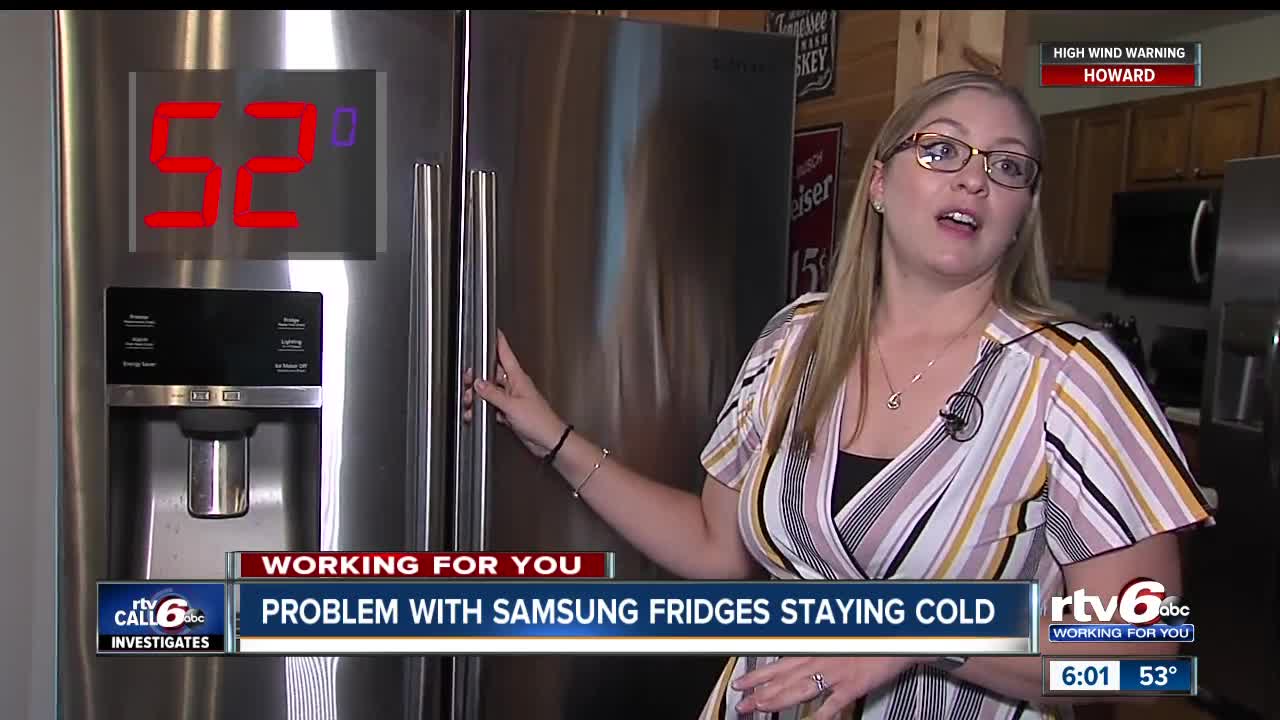 When you buy an appliance, you expect it to last 10 to 20 years. 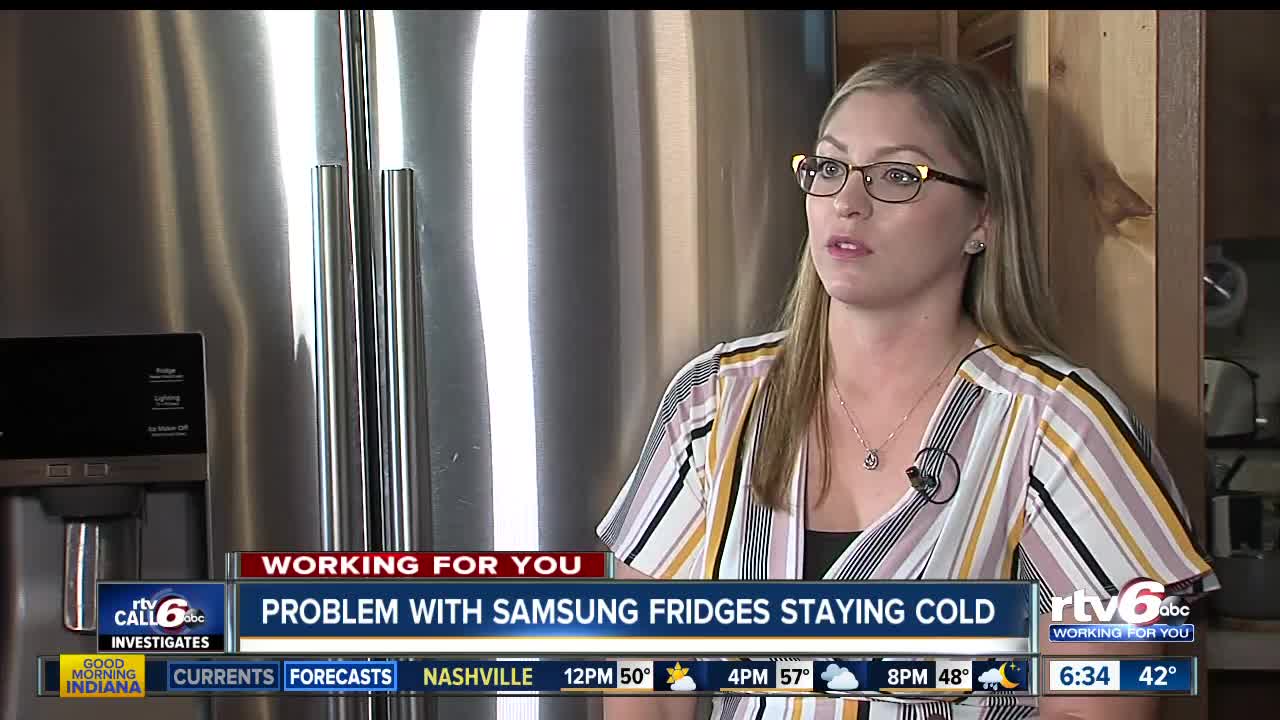 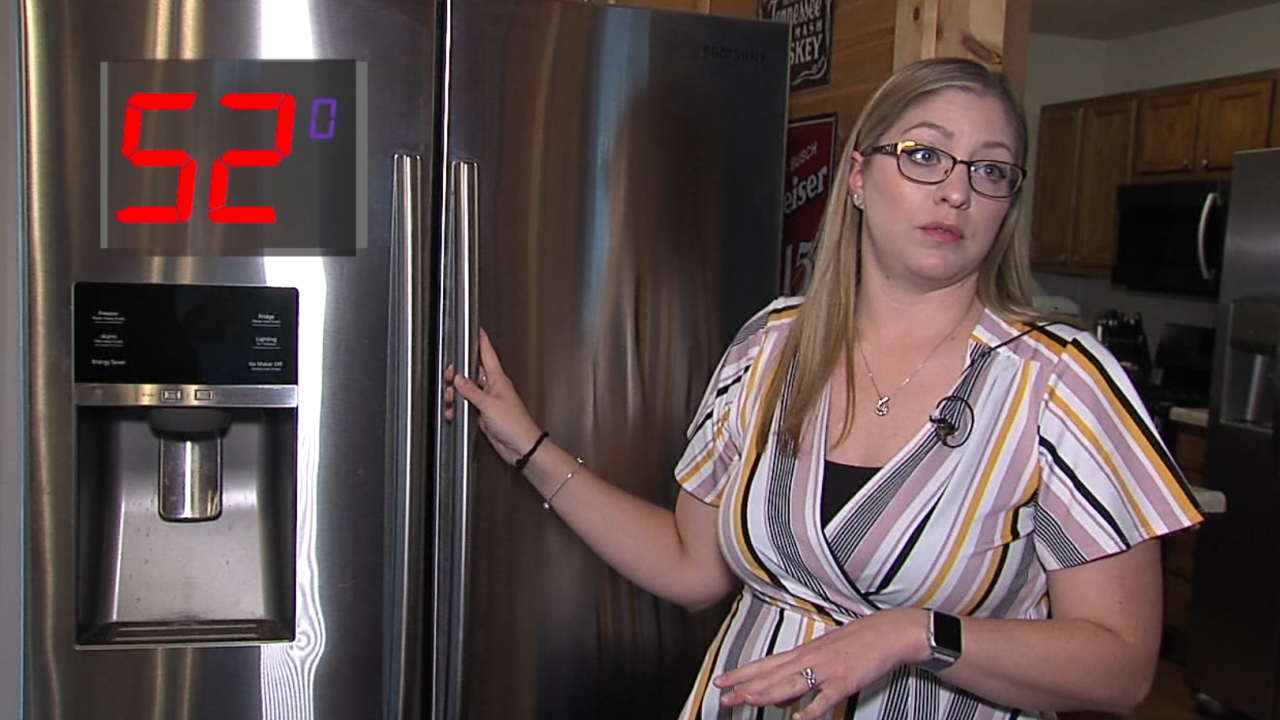 INDIANAPOLIS — When you buy an appliance, you expect it to last 10 to 20 years.

But some central Indiana consumers say they dropped thousands of dollars on a new fridge, only to have it stop working.

Call 6 Investigates has been digging through complaints and uncovered it’s a widespread problem.

Dana Ahlers, of Lafayette, is trying to stay cool about her Samsung refrigerator having a hard time staying cool.

“It’s so frustrating,” Ahlers said. “On the panel here, it would be telling us it was 34 degrees in the fridge, but when we finally got around to testing it, it was at 52, which is well above food safety temperatures. Someone could get very sick."

Ahlers bought the appliance back in 2014, and said the problems started soon after.

“The ice maker just stopped working and it froze over and my husband would have to get in there and chip the ice out,” Ahlers said. “After a year we decided that wasn't worth it, so we started buying bags of ice and storing them in the freezer."

In 2014, Ahlers didn’t contact Samsung because she didn’t want to pay for a repair and she didn’t know other consumers were in the same boat with regards to their Samsung fridges.

She did, however, file complaints with Samsung in 2019 when the temperature problems began.

“We've purchased bagged ice since three weeks after we purchased the unit," Moore, of Mooresville, said. “The refrigerator temperature is 56 degrees and it should be 36 degrees.”

Ahlers and Moore have both had repairmen out, but still experienced problems with their fridges.

“I've had high blood pressure and I normally don't,” Moore said. “I've lost a lot of work time on the phone with customer service.”

Moore is a refrigeration engineer and says he’s never seen a problem like this one.

“It should last more than a year,” Moore said. “I could understand a part here and there, that's reasonable — but not something you can't use."

Call 6 Investigates found consumers from across the country, including people from Indiana, have filed more than 1,400 complaints to the Better Business Bureau and the U.S. Consumer Product Safety Commission.

The court document claims they cause "over-freezing in the ice compartment," "water leakage," and "fan noise."

The court document alleges Samsung has known about the defects "...for years and has taken no action to repair or replace the defective ice makers or the Class Refrigerators."

The lawsuit also includes 28 pages of complaints from consumers and some say they've had issues with their fridge's "overall temperature control.”

Dana Ahlers’ model number isn’t included in the lawsuit, but the problems are similar to hers.

The class action lawsuit does include a complaint about the same model number as Larry Moore's unit.

“We purchased the RF32FMQDBSR/AA 4 door flex zone fridge, from Conn's furnishings, in April 2014,” read the complaint from Jesse of Chandler, Ariz. “We didn't even get six months of use from it by the time the ice maker quit working. I called Samsung support, if you want to call it that.”

Angry consumers have also started a Facebook group with more than 7,000 members, posting pictures and videos of their fridge problems and demanding the company recall the appliances for safety reasons.

“I think there should be a recall because the manufacturer knows they have a problem and they know what the problem is," Moore said.

RTV6 reached out to the U.S. Consumer Product Safety Commission.

“We cannot discuss if we plan to recall a product or not,” Patty Davis, a spokeswoman for the U.S. Consumer Product Safety Commission, said. “We urge consumers to report safety incidents to CPSC at www.SaferProducts.gov.”

Dana Ahlers keeps her fridge in the game room for the time being.

She bought another fridge for her kitchen.

"This is a Frigidaire,” said Ahlers. “Never Samsung, never again."

Larry Moore has been using his garage fridge in the meantime.

Consumers want Samsung to refund at least part of the money they paid.

"I would very much like to be refunded for the money we've spent,” Ahlers said. “It would make up for having to buy a new one."

“At Samsung we stand behind all of our products, including our refrigerators, and want to ensure our customers are completely satisfied. If a customer encounters any problem with their product or service, we encourage them to reach out to us directly at 1-800-SAMSUNG so we can provide assistance."

Following our interviews with Dana Ahlers and Larry Moore, and after questions from Call 6 Investigates, both consumers say repairmen came to their homes and that their fridges are now working for the time being.

If you have a safety concern with an appliance, you can file a complaint with the Consumer Product Safety Commission.

You can also file a complaint with the Better Business Bureau and the Indiana Attorney General.