Quintez Tucker, 16, is recovering in the hospital 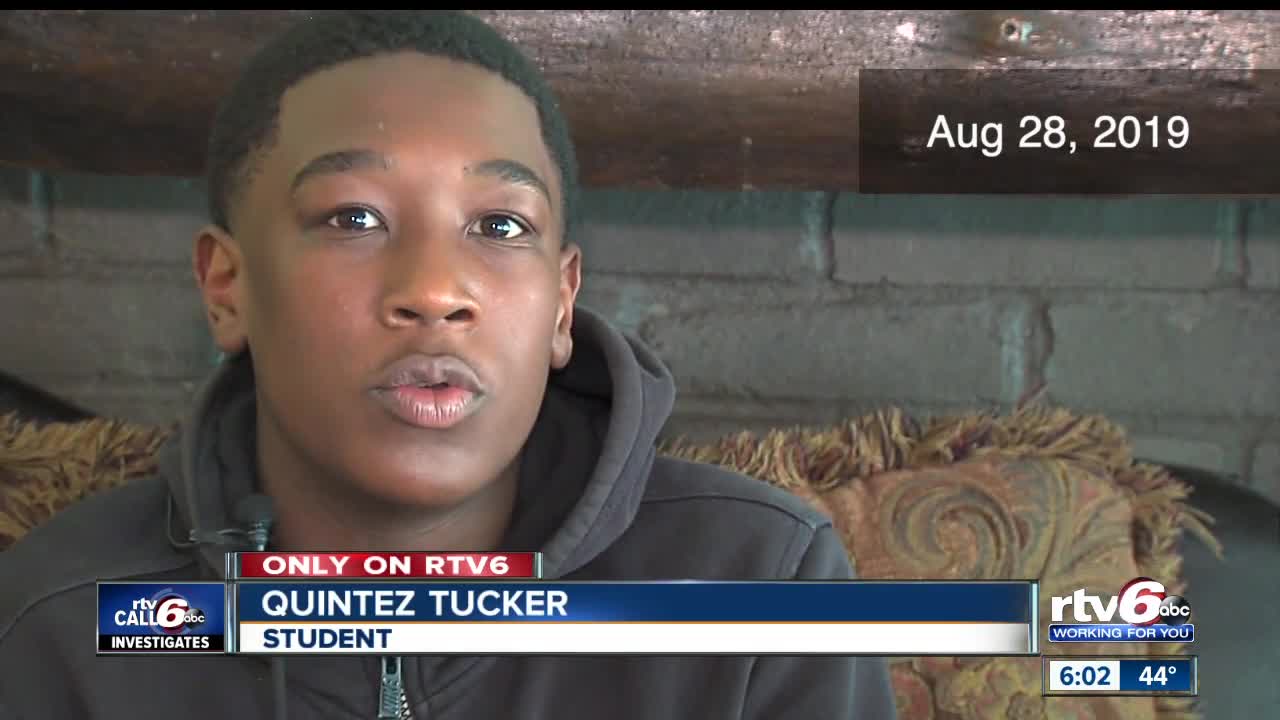 Quintez Tucker, 16, is recovering after he was shot in the head, chest and back Thanksgiving weekend on the east side of Indianapolis. 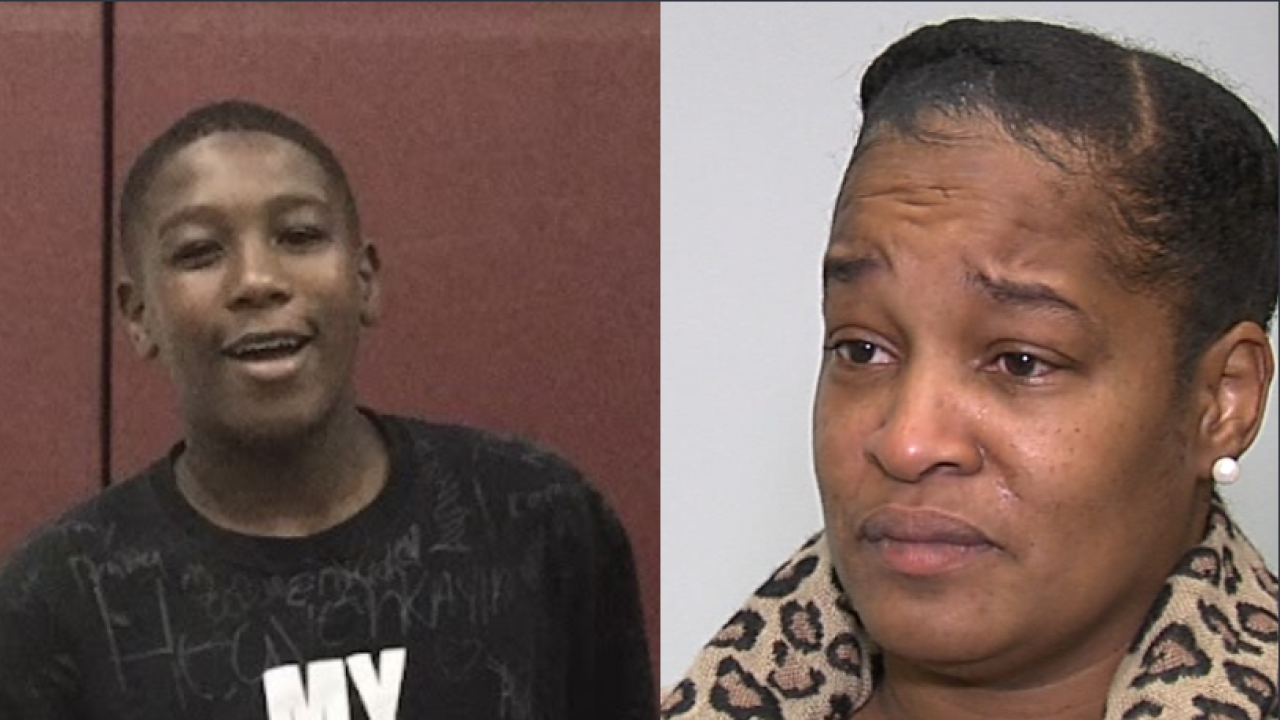 INDIANAPOLIS — An east side mother is making an emotional plea to the community after her teenage son was shot four times Thanksgiving weekend.

Quintez Tucker, 16, is recovering at a local hospital from gunshot wounds to the head, chest, and back.

"I just want the people to know who did this to Quintez—justice is going to be served," said Nicole Kenney, Quintez's mother. "You will not, I repeat you will not get away with this."

The shooting happened around 1 a.m. Friday on East 21st Street near Mitthoeffer Road.

RELATED | One person critical after east side shooting

Quintez has started opening his eyes, but it's unclear how much damage the bullets caused.

Quintez is known as a community leader, volunteer, student, and a member of the Bloom Project—a program that helps prepare teens for a successful life.

"Quintez is awesome, energetic, compassionate," said Brandon Randall, director of the Bloom Project. "He's a leader and has been involved in so many organizations, and he just wants to make a difference. Gun violence can happen to anybody."

When Call 6 Investigates sat down with Quintez this summer, he shared his hopes for the future.

"I want to be an entrepreneur," said Quintez on August 28.

Quintez also shared with RTV6 his concerns about school bullying.

"You've got to watch your back, every move you take," said Quintez on August 28. "You have to think before you act and do stuff right and pay attention to everything."

Quintez was featured in a Call 6 Investigates report about racial disparities in school discipline.

Nicole says Quintez had just gotten paid on Thanksgiving from his job at Arby's, and he was spending the night with family when Quintez was contacted by another teen who eventually picked up Quintez in a car.

The car was reported stolen, and when police responded, they saw several males fleeing from the vehicle, Nicole said.

Indianapolis Metro Police is still investigating the shooting, and no arrests have been made.

Nicole initially thought the teens were trying to rob Quintez, but she's not sure why someone would do this.

"I'm so angry at the mothers of the children who did this," said Nicole.

She has a message for parents:

"See what your children are doing, check your children's room, check the friends they're hanging with," said Nicole. "Quintez has a curfew of 10 p.m. Had this not been Thanksgiving and there was no school, Quintez would have been right under me."

Nicole says guns are too easy for teens to get their hands on.

"Why is it so easy for a parent to get, and the next thing you know, somebody's kid is being killed with the same gun that should be locked in a box in the closet?" said Nicole. "Having guns for children has become part of their everyday attire that they put on, and that shouldn't be. Get these kids home."

Quintez has a long road of recovery ahead.

"I don't care about a penny or a card, I just want everyone to keep my baby in their prayers," said Nicole.

Quintez and his family are currently without a permanent home, so please contact the Bloom Project if you're interested in helping him or teens like him.