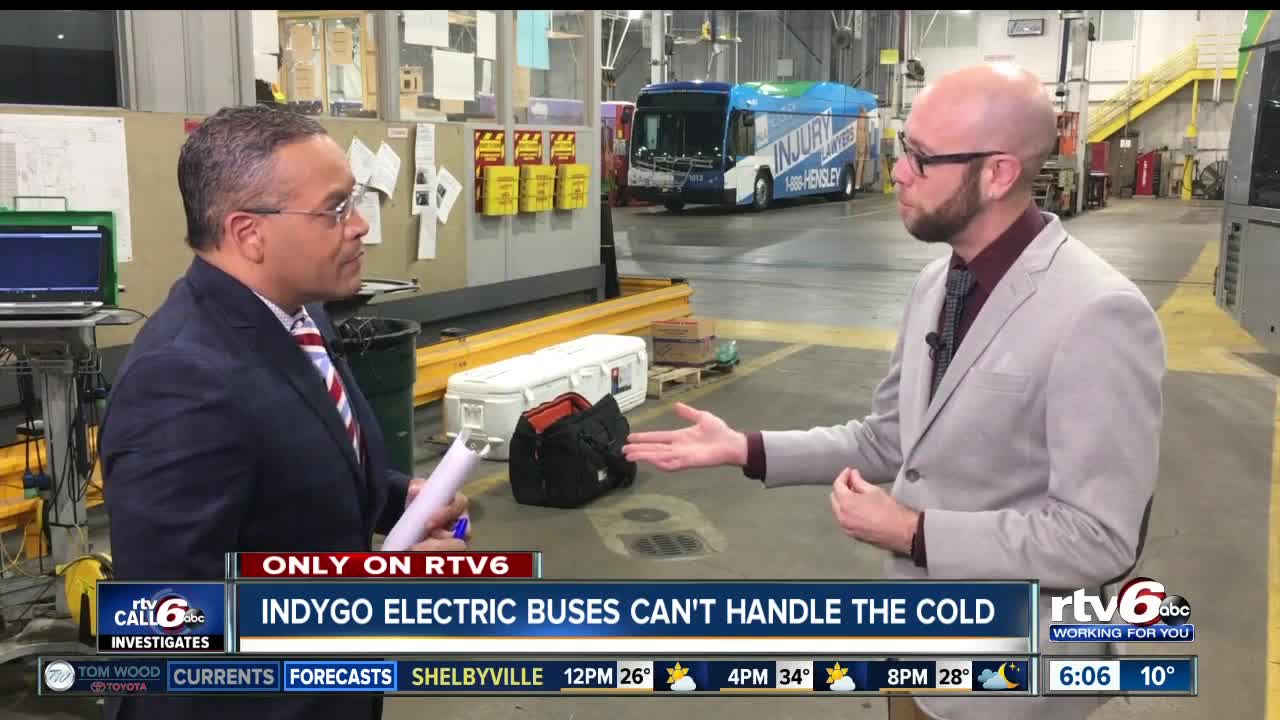 The IndyGo electric buses are already showing signs of trouble as the temperatures plunge. It's a problem Call 6 Investigates first exposed in March, and now it's happening. 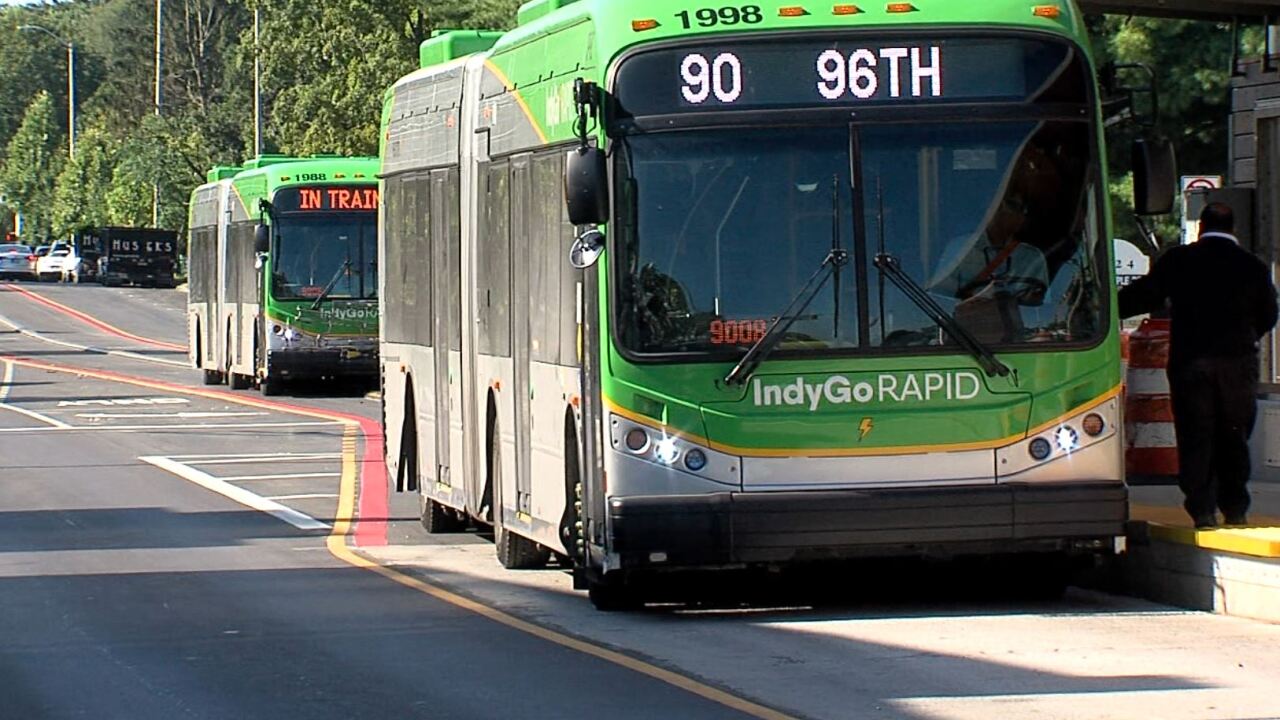 INDIANAPOLIS — The IndyGo electric buses are already showing signs of trouble as the temperatures plunge. It's a problem Call 6 Investigates first exposed in March, and now it's happening.

Once the temperatures took a dip below 50 degrees, the electric buses began having problems holding a charge.

The city's Red Line system is under pressure to keep its promised schedule of buses showing up on time. It's a challenge as Indy's weather is getting colder.

In the past two weeks, as the thermometer hit 50 degrees and below buses which left the garage fully charged fell victim to the cold.

Their 'SOC,' which stands for 'State of Charge,' became too low to complete their route, and they were pulled out of service to be recharged.

The buses are manufactured by China-based 'BYD,' which stands for 'Build Your Dreams.' Other cities have returned BYD buses, and yet IndyGo seemed committed to the bus manufacturer company.

"At the end of the day, we have a contract," Bryan Luellen, IndyGos VP of Public Affairs, said. "They have promised to deliver a solution that will work for our application. If we were to make a decision to send those buses back, that means we would have to stop at Red Line service. And we are committed to providing Red Line service, and the company is committed to holding their part of the deal in the contract."

Call 6 Investigates obtained information which shows at least nine buses unable to keep a full battery charge since November 1, and requiring replacements to take their place on the Red Line:

IndyGo says its been aware that this was going to happen.

That's why the bus manufacturer BYD is offering to install two charging stations to help address the problem.

IndyGo says BYD will spend $4 million on that project at no cost to taxpayers.

"So, each time the bus reaches this en-route charging station at the end of the road, it will charge for about ten minutes, and that will basically allow that bus to operate and definitely out there on the road for up to 15 hours, potentially," Luellen said.

The new charging stations are expected to be installed in January, which on average, is the coldest month in Indiana.

"We're not going to pay a discounted price, but each of these buses out there in the marketplace, this is new technology," Luellen said.

"As the technology continues to evolve and we look at placing our next order, we will make some tough calls," Luellen said. "We will have to look at whether we exercise existing options with BYD or whether we go out to bid (and) have another manufacturer provide these vehicles."

Each one of the Red Line buses is $1.2 million.

IndyGo is waiting for the buses to pass federal inspection before paying the bill.

I’m sure you remember the news from last winter when the cold temperatures began impacting our range testing. Over the winter, we worked with BYD and they have been good partners in providing resolution. In May we announced the resolution: inductive charging on route (https://www.indygo.net/indygo-finalizes-new-strategy-to-charge-electric-buses/).

Since we knew the inductive charging would take months to manufacture and install, we modified our service delivery strategy. Every bus assigned to the Red Line each day is scheduled for around 200 miles on average. On weekdays, the schedule calls for 8 buses to come back to the garage and recharge.

This Wednesday, an additional 4 buses did come back to the garage for a charge. This happened partially due to weather, but the big change is that on Sunday the 27th, we implemented a new driver schedule. This means operators who had not previously driven the Red Line are now on the route.

Driving these electric vehicles and getting the most range out of them does require a different driving style. The buses are equipped with regenerative technology— what we call “regen.” The regen slows the bus by capturing the energy back from the spinning wheels. Letting the regen provide primary braking force is a key strategy for extending the range. This is a change for operators who are used to driving on diesel buses. Our training and operations team are actively coaching operators on the impact driving style has on vehicle range. Our team are out on the route to help increase efficient driving behavior.

What’s important to note is that we have anticipated these range shortages, and have built processes to protect the transit service. Making sure that a bus arrives every 10 minutes on the Red Line is paramount for our operations team. We have buses at the garage on charge to replace buses that may become depleted. Adopting advanced technology is a learning curve for any organization. We have built buffers into our operating plan.

While the colder weather does pose challenges, we have a strong operating plan.