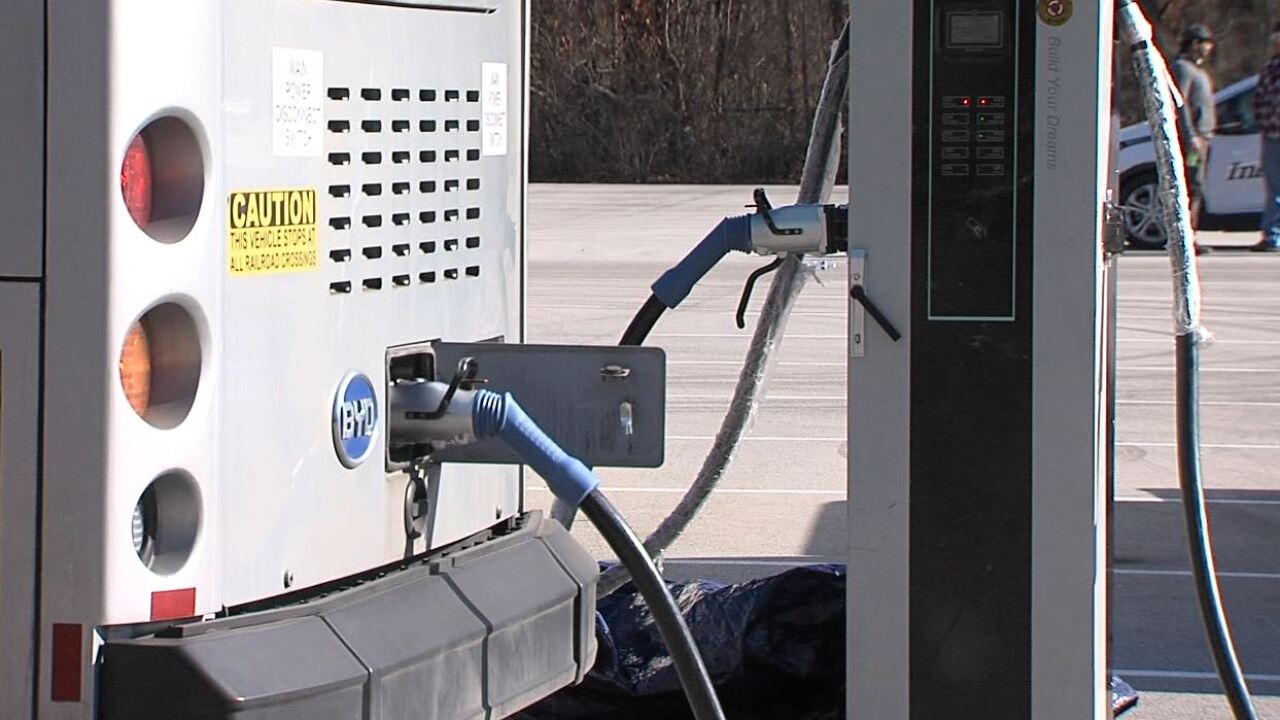 INDIANAPOLIS — The state’s largest public transportation system was expecting the installation of a permanent charging solution by the end of this month for its Red Line buses.

The installation of the $4 million project is not happening as initially announced with bus provider BYD saying it will happen sometime this year. A timeline or specifics were not provided.

BYD Spokesperson Frank Girgardot said the company has to do infrastructure work which has been complicated referring to Indiana’s winter season. He went on to say that BYD is paying for the temporary charging solution.

IndyGo spokesperson Lesley Gordon says “We have not paid for the buses until we confirm that the solution will meet the contract.”

One of the bus company’s temporary charging stations is on the north side of Indianapolis where the lease on the property expires April 1st.

“As soon as IndyGo was aware that the BYD buses would not meet the contracted range we have worked with them to find a solution, at their expense. The $4 million inductive charging solution is an innovative project. At this time maintaining Red Line service has been the priority and we’ve been able to do that with the temporary charging. We will continue to monitor operational expenses they will be responsible for as we continue to move this solution forward,” Gordon said.

RTV6 also asked IndyGo to provide details on the cost of replacing medians along the Red Line which popped up causing a hazard. Damage was blamed on drivers, snow plow truck drivers, and installation issues.
The company says the medians cost was about $220,000 and the vendor credited the company $75,000 for the original faulty installation on College Avenue.

Another big issue is when will IndyGo deploy its “My Key” fare collection software system. The delay forced IndyGo to extend free fares last year.

“The fare system project is still ongoing so we won’t have a tally until the final software is delivered,” said Gordon.

Gordon says IndyGo doesn’t have a date for when “My Key” will be launched, or how much the vendor will have to pay for several weeks of free fares.