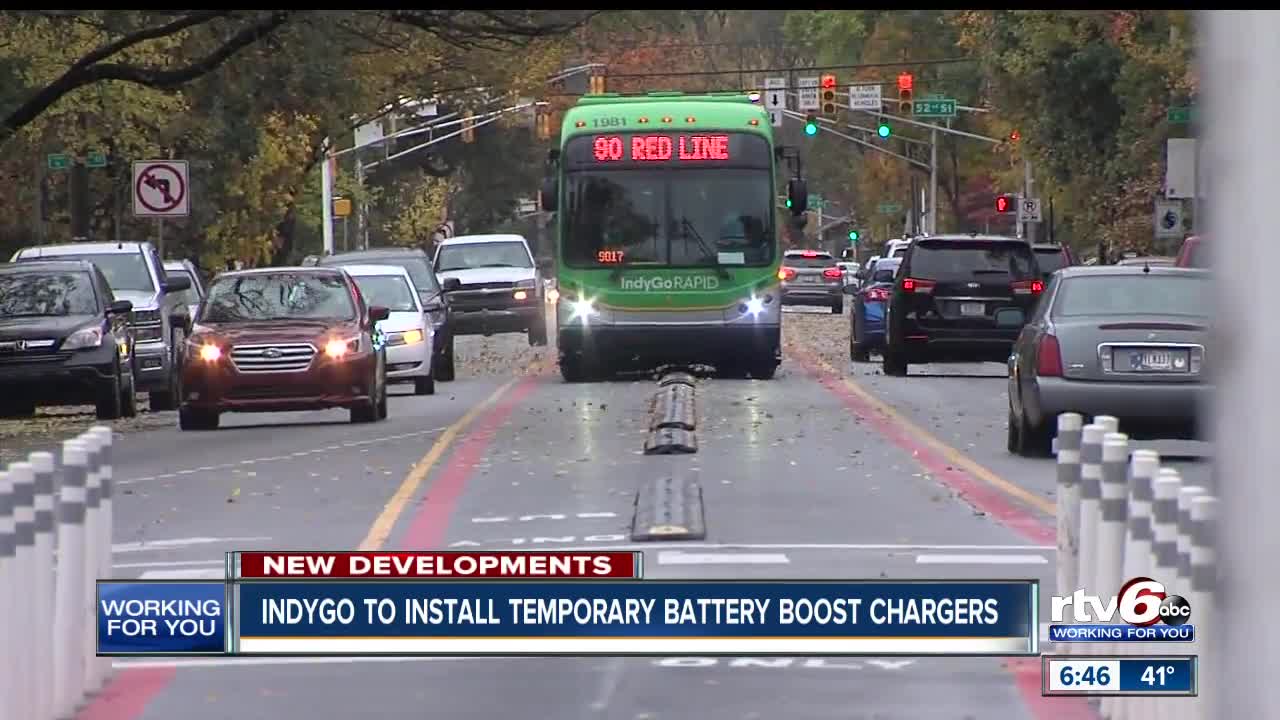 INDIANAPOLIS — IndyGo will be making improvements along the Red Line this week after Call 6 first told viewers about the problems with the medians and the bus batteries.

All of the medians along College Avenue will have to be replaced due to installation issues and people driving over them.

WATCH | Interview: IndyGo seeks to build on successes and challenges of Red Line |

Starting this week, the Red Line medians will be removed and replaced with concrete. The entire process will take four to six weeks, but all the construction will be in the bus lane, so as not to impact traffic.

IndyGo will also be installing temporary battery boost chargers along the Red Line until permanent ones are installed at the end of the lines.