Member voted for his company’s request 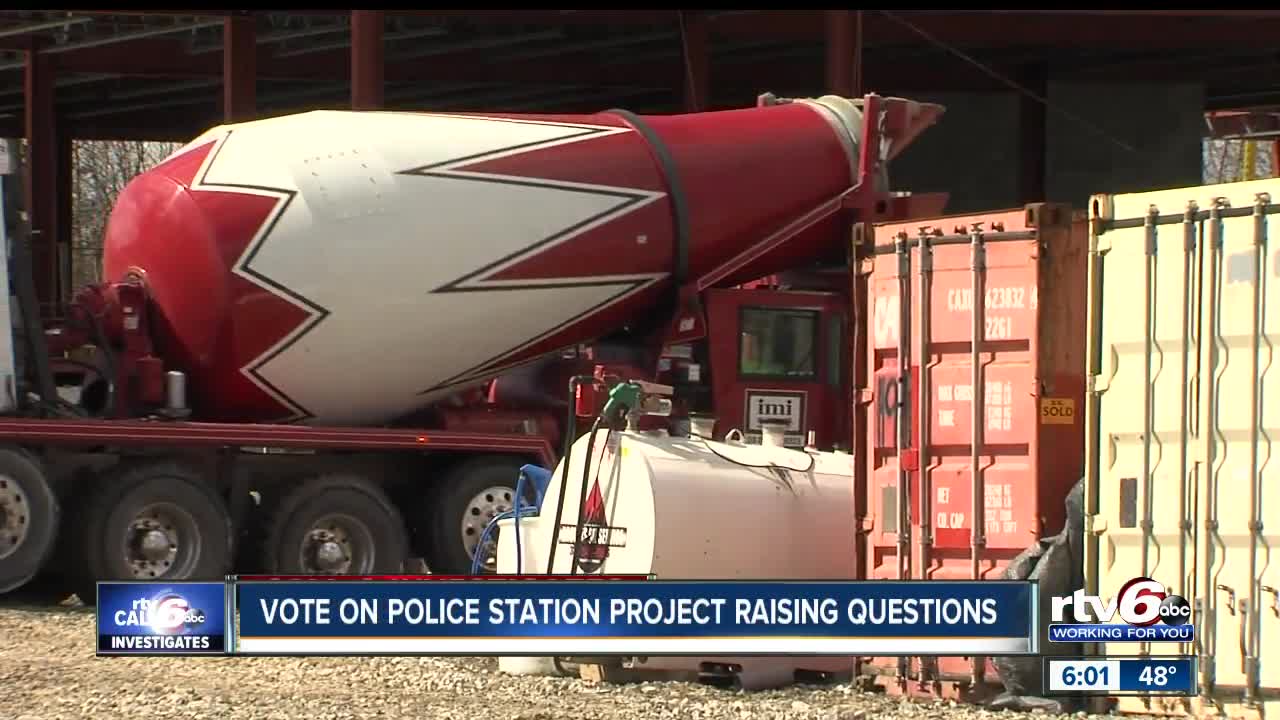 The company building a new police station in Lawrence has an employee who serves on the city's Board of Public Works. Is there a conflict of interest?

LAWRENCE — A City of Lawrence board member voted in favor of a project change order requested by his own construction company, raising ethical concerns and questions about a potential conflict of interest.

PREVIOUS: Lawrence Police Department getting own station after 90 years

At the Board of Public Works & Safety meeting on February 28, Garmong’s Vice President of Business Development Paul Okeson requested a $725,410 change order on the police station project.

David Freeman has worked for Garmong Construction Services since August 2016, and currently serves as a construction superintendent.

Freeman voted “yes” to the change order, and the request passed with a 2-1 vote.

Board member Tracy Ashcraft voted no, after requesting the board continue the matter so it could further investigate, but her motion failed to get a second.

“I feel like it’s my responsibility to watch the money and watch the dollars,” said Ashcraft.

Ashcraft did not expect Freeman to vote.

“You told me you were going to recuse yourself from voting because you work for Garmong,” Ashcraft told Freeman at the February 28 meeting.

Freeman abstained from one previous vote involving the police station which approved bid specifications for the project.

“I do work for Garmong, but I do not receive any monetary rewards or benefits from this vote,” said Freeman at the meeting. “So, it is not ethically immoral for me to do this.”

The vote did not sit well with Lawrence Common Council member Rick Wells.

“It doesn’t look good,” said Wells. “It’s the perception that he works for this company that stands to benefit from this change order.”

Freeman was appointed by the Mayor Steve Collier.

“We’re all serving the public, and we have to put our best foot forward and make it look like we’re beyond reproach,” said Wells. “It all comes down to perception. I was totally surprised he went ahead and voted on it anyway.”

Ashcraft said since the meeting, she’s heard from concerned taxpayers.

Ashcraft said Freeman should have recused himself.

“I feel it’s a big conflict of interest,” said Ashcraft. “It’s not a situation where his wife, daughter or son works for Garmong—he works for them. If we are in contract with a company that you work for, I think you should absolutely not be involved in a vote.”

Call 6 Investigates spoke with several experts who specialize in local government and conflict of interest.

IU Bloomington law professor Paul Helmke said unless the public official’s income or net worth increases as a result of the vote, Indiana law doesn’t consider it a conflict of interest.

“Indiana’s conflict of interest law is pretty weak,” said Helmke. “It might increase the income of the company that he works for, which means the company will be there longer and in a more secure position to pay him, but that’s not how Indiana defines conflict of interest. Unless it can be shown that it’s going to directly benefit him, Indiana law says it’s not a conflict.”

Mayor Steve Collier said he told Freeman it was OK for him to vote on Garmong’s change order.

“We did not discuss what his vote would be nor would I ever try to influence his or any other board member’s vote,” said Collier in an email to RTV6. “To do so would be highly inappropriate and to my mind unethical.“

Professor Helmke also said another reason it’s not likely a violation is because the mayor appointed Freeman, and the mayor approved the vote.

However, Helmke said just because the vote was allowed under Indiana law doesn’t mean it was the right thing to do.

“The problem is—it still looks bad,” said Helmke. “You don’t want your board members on the board of works to be voting on things that are directly relevant to their place of employment. The smarter thing would have been for him to recuse himself.”

Freeman declined to speak with Call 6 Investigates on camera but provided a statement.

“Lawyers for the city of Lawrence specifically gave their clearance for me to vote in this instance,” said Freeman in a statement to RTV6. “My job title is ‘construction superintendent’ which basically means I run the day-to-day delivery of projects assigned to me. I will not do any work associated with the city of Lawrence Police Department headquarters nor will I benefit financially in any way from this project. In fact, the overall cost of the project did not increase at all, even as a result of the change order.”

Freeman abstained from at least one previous vote involving the police station, which was an approval of bid specifications.

“At that time I did not know if my company would have me working on this job,” said Freeman in an email to RTV6.

Days after the February 28 vote, Freeman sent an email on March 4 to the mayor resigning from the Board of Public Works & Safety.

“I will be forced to resign because I am moving into transitional living outside the city of Lawrence,” said Freeman in an email to the mayor. “Respectfully, the timing may not be preferential, given what took place last week. Unfortunately, I don’t have any control over the closing of my home.”

Meanwhile, board member Tracy Ashcraft says the City of Lawrence needs to adopt stricter rules for how public officials can vote on projects.

"We need to move on and have that transparency that they all say we're going to have," said Ashcraft. “I think it should be spelled out better than it is, just for the simple fact that this has come about.”

“Doing so speaks volumes regarding the education and expectation of those who serve as public elected officials, the public integrity of local government, and promoting a sounder, more ethical public culture,” said Baker in an email to RTV6.

For example, in the Town of Highland in Lake County, elected and appointed officials have to conduct private affairs “in a manner that minimizes the risk of real, potential or perceived conflicts of interest.”

As for the City of Lawrence, Tracy Ashcraft plans to ask more questions about the issue at the next Board of Public Works & Safety at its next meeting on March 28.

“Mr. Freeman’s participation in the vote on February 28th regarding the Police Headquarters project change order was pre-approved by the legal counsel for the city of Lawrence. Despite the costs associated with this critical and necessary excavation work, the overall cost of building the police headquarters remains the same and no additional construction monies are being sought. This process, as with all work done for the benefit of the taxpayers of Lawrence, has adhered to the highest possible levels of transparency and public input.”

GARMONG STATEMENT
“Garmong has been a trusted and transparent partner of municipalities and other units of local government across the state of Indiana for 96 years. The Board’s decision to invest more money in the construction of its new police headquarters will not result in any additional monies being spent on the overall project. We look forward to building this critical facility for the people of Lawrence.”