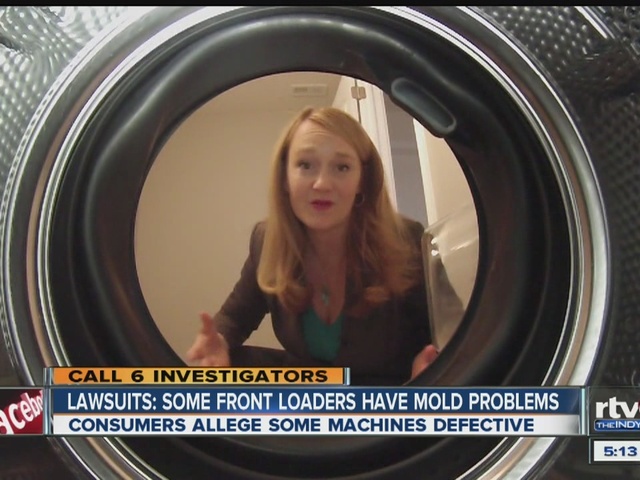 Mold could be growing inside your washing machine, and you may never even know it, according to attorneys representing consumers. 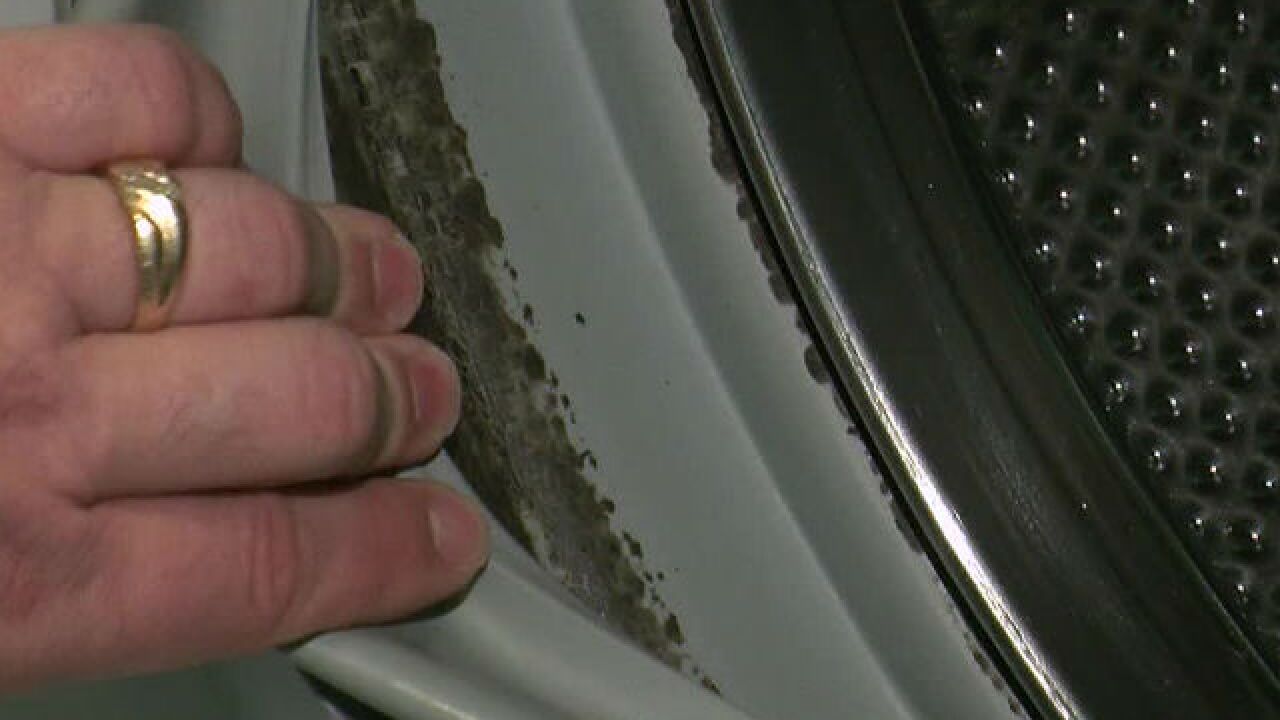 Mold could be growing inside your washing machine, and you may never even know it, according to attorneys representing consumers.

Attorneys have also accused some manufacturers of knowing about the mold and trying to cover it up.

Many people love front loaders because they use less water, they’re quieter and they look sleek.

But some consumers across the country claim the machines ruined their clothes and wasted their money.

Ruth Ogden, of Gas City, bought a Whirlpool Duet front loader around 2004 and said after a year or so, she started noticing an odor in her clothes.

"It smelled like an old, dirty dishrag,” said Ogden.

For years, Ogden blamed her son.

"My son was as typical teenage slob, and we all thought the odor from him was getting into our clothes," said Ogden, adding that she threw out clothes worth hundreds of dollars.

Ogden said she pulled out the soap dispenser one day and discovered mold and mildew growing in the machine.

"I used bleach, I used vinegar, I used ammonia, I used baking soda. I bought the Affresh things they sell," said Ogden.

Whirlpool’s Duet Washer, like the one Ogden purchased, is the focus of a class-action lawsuit.

Attorneys allege the washers, sold between 2001 and 2008 without a steam feature, have "serious design defects" that can cause mold and mildew.

"The bottom line is the washers don't clean themselves properly, the way a properly designed washer should clean itself," said Mark Chalos, an attorney representing consumers in the class-action suit.

"They knew they had a problem with these machines going back years," said Chalos.

The Call 6 Investigators found similar lawsuits against other top companies, such as LG, Bosch, GE, Sears and Kenmore.

Most of the machines named in lawsuits were sold between 2001 and 2008.

A lawsuit filed last month against Electrolux, the parent company of Frigidaire, alleges the company concealed material facts regarding some of its Frigidaire front loaders, including "defects in the stainless steel drums."

"We filed suit against Electrolux to get compensation for persons like Ms. Fleming who own front load washers that suffer from the same mold defect," said attorney Paul Weiss, who represents consumers, in an email to RTV6. "This is a problem that manufacturers like Electrolux have long known about, but have failed to fix or remedy."

"We are vigorously defending ourselves in this matter," said Eloise Hale, spokeswoman for Frigidaire, in an email to Kenney.

Attorneys told the Call 6 Investigators millions of consumers could be affected by mold problems in their washers and not even realize it.

"A lot of the muck, mold and mildew and biological matter is accumulating behind the drum and in other places inside the washer you couldn't see readily just by looking at the machine," said Chalos. "So people don't immediately realize it's the washer that's the problem. They assume it's something else."

Attorneys also take exception to the fact that Whirlpool sold and continues to sell a product called Affresh designed to help alleviate mold in its machines.

"Whirlpool chose to try and profit from the problem," said Chalos.

Call 6 found a slew of other products on the market designed to alleviate smelly residue inside washing machines.

Whirlpool released a statement saying it stands behind its front-load washing machines.

The company also pointed out its Clyde, Ohio, plant produces more than 20,000 washers each day, and less than 3 percent of owners have reported instances of odor or mold.

"The false allegations being made in lawsuits about our innovative, front loading washing machines target products made before 2009, and are without merit,” read the statement from Kristine Vernier, Whirlpool Corporation spokeswoman. "The plaintiff attorneys driving this litigation are hoping to collect millions of dollars in fees -- even on behalf of the more than 97 percent of owners of these machines who are completely satisfied and have no complaints."

Vernier went on to say Whirlpool’s front-loading washers "offer consumers enormous benefits over older generation top loaders -- including using significantly less water and electricity, washing more clothes in a single load, and providing exceptional cleaning performance and fabric care," read the statement. "We stand behind our products, and Whirlpool’s front loading washers are repeatedly ranked among the best washers on the market."

Whirlpool also pointed out to RTV6 their front-load washing machines have been ranked repeatedly as one of the best washers in America by a leading consumer magazine.

Companies have made design improvements to their machines, and experts said the new front-loaders have virtually eliminated mold with special vents in the back, hold-open doors to get air inside, and self-cleaning cycles.

"The new washing machines have put an actual cycle in, rather than a regular cycle, have put in a basket clean or washer clean cycle physically into your options," said Roma Mount, sales director of appliance retailer Recker and Boerger.

Experts say you can cut down on mold by removing damp clothes immediately, only using HE detergent, running a cleaning cycle and leaving the door open when not in use.

"These issues can be quickly taken care of by following our product use and care instructions: Use a high-efficiency detergent -- keep the washer door slightly open when not in use -- run a monthly clean washer cycle and, if needed, use products designed for washing machine cleaning and deodorizing," said Vernier in a statement from Whirlpool.

If you think you have a mold problem with your machine, contact the manufacturer.

Ruth Ogden leaves her door open on her new front loading washing machine, and has apologized to her son.

"I think I gave my son a life-long complex about the fact that he stinks," Ogden said, laughing.

Here is a list of some models included in the lawsuits: