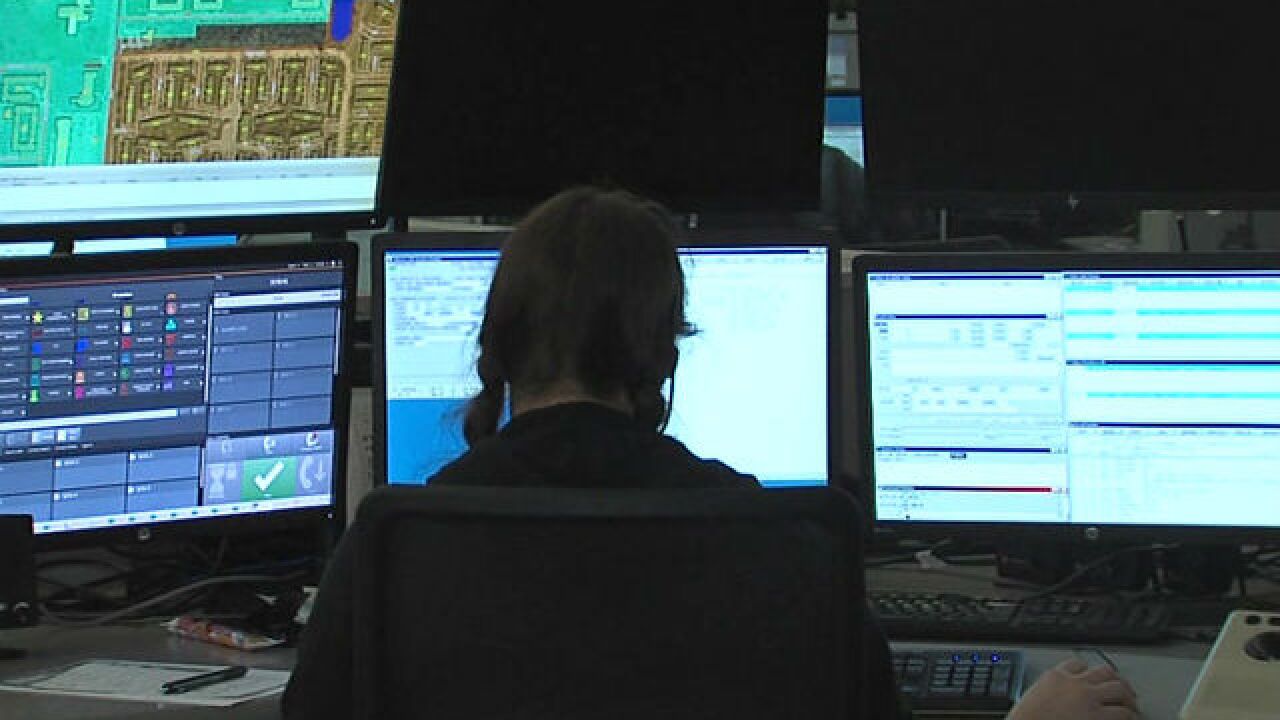 Copyright 2018 Scripps Media, Inc. All rights reserved. This material may not be published, broadcast, rewritten, or redistributed.
<p style="margin:0in 0in 0.0001pt">Marion County’s 911 Center has been inundated with fake emergency calls over the past week. RTV6 Photo</p>

INDIANAPOLIS — When you have an emergency, seconds count. And when you call 911, those seconds can feel like a lifetime.

But in Marion County, the hold times on 911 calls have been drastically increasing month after month as the dispatch center continues to lose employees to higher-paying jobs.

The staffing levels at the 911 center are down 33 percent as workers leave the center at an alarming rate.

Officials believe the center has been seeing the turnover because dispatchers in Marion County are paid significantly lower than surrounding counties -- and much less than other employees in the county.

The center is down about 40 staff members, the Marion County Sheriff’s Department said. The shift has also forced police districts to share channels, something that hasn't been done before.

That means because police radio channels are busier, it could take longer for priority calls to get dispatched to officers in your neighborhood.

The 911 operators in Marion County are paid anywhere from 10 to 35 percent less than surrounding counties.

Back in February of this year, the average 911 hold time was 12 seconds. Just four months later in June, it was 27 seconds and it continues to get worse. While that is the average of the tens of thousands of calls each month, the hold times can be drastically longer. The longest 911 call in the first half of the year was on hold for 6 minutes and 34 seconds.

“For someone in a critical emergency, a life or death situation, they're having to wait on hold when they expect someone to pick up the phone right away," Snyder said.

The Marion County Office of Finance and Management released the following statement:

Since 2016, the Office of Finance and Management has worked closely with the Marion County Sheriff’s Office to ensure they have the resources they need to serve area residents. This includes allocating additional funding to address a historic gap in wages compared to similar roles in surrounding counties, and ensuring MCSO has adequate dollars budgeted each year to maintain necessary staffing levels. Currently the MCSO communications/dispatch has over 30 budgeted positions that remain unfilled. We will continue to encourage the MCSO’s Human Resources to fill these open positions.

But Marion County Sheriff John Layton says that isn’t enough. His office released a statement about the issue, calling for increased pay for dispatchers.

"We simply cannot continue paying our dispatchers at rates that are not competitive. Our 911 operators have done a tremendous job in ensuring the safety of the public, but we must increase the compensation for these jobs. Otherwise we will continue our practice of serving as a training ground for other central Indiana answering points."