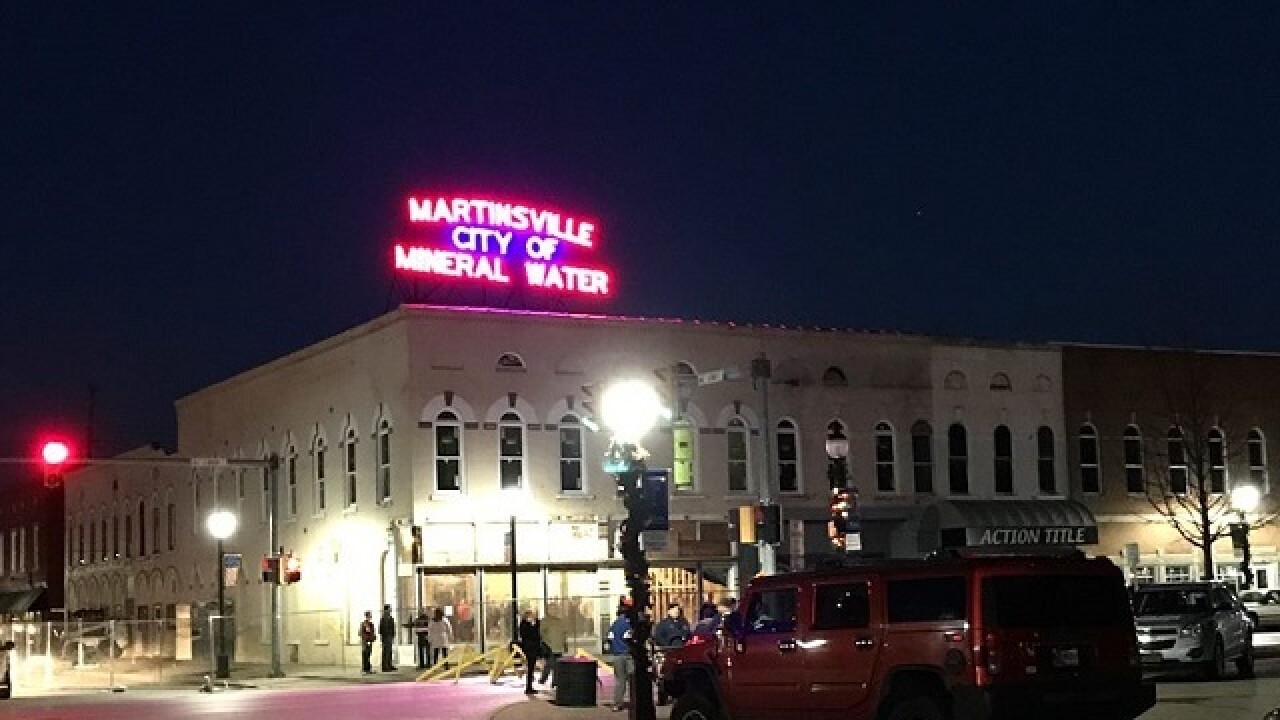 MARTINSVILLE, Ind. – The Martinsville city attorney released a 70-page report this week that uncovered the city has failed to adhere to Indiana’s public purchasing laws for years.

The report, compiled by attorney Anne Cowgur of Indianapolis-based firm Taft Law, said the city inherited “an extremely deficient purchasing system, made apparent by the lack of designated purchasing agents, policies and guidelines.”

Mayor Shannon Kohl said the city inherited many practices that had no written policy.

“In the early fall our City was dealing with many issues, including issues with our then-Parks Director, the park structure, contracts to be renewed, and as you are at this point well aware, the questions regarding the sidewalks program,” said Kohl in a statement to Call 6 Investigates. “As our new City Attorney was helping to address these issues, the frequent refrain was the lack of any written or otherwise established policy or procedure.  That is why I asked our City Attorney to advise me, the council and our department heads concerning the appropriate policies and procedures for moving forward.”

In November, the city halted work with Roberts Construction after city council members questioned why the contractor received $662,310 in taxpayer money without a bid and without a contract.

PREVIOUS | CALL 6: Martinsville paid $662K in construction claims with no bid, no contract

The 70-page review did not determine whether the city hiring Roberts Construction without a bid or a contract violated state statute.

Several city council members expressed concern the review did not analyze what happened with Roberts Construction.

“The report is not what we were told it would be,” said city councilman Kris Fuller. “At this point, it’s not surprising that this administration promises the public one thing and then decides not to provide it.”

Fuller pointed to December 18 meeting minutes in which Cowgur provided an update on the city’s review of policies and said Eric Pipes of Roberts Construction had been interviewed.

Fuller, also an attorney, said even though the report doesn’t say so, he believes the city should have gotten a bid for the sidewalk work.

“The council said Indiana statute is clearly being violated here,” said Fuller. “We knew that from the get-go. The statute was being violated.”

“The review was prompted because of the actions of the former parks director, including conversion of City property for his personal use and storage of City property on his suspected property,” read the 70-page report.

Kohl said the report is “important and beneficial” for the city.

“It will become a guide for educating all of us into the proper procedures to be implemented and followed in the future,” said Kohl in a statement to Call 6 Investigates. “While we can certainly learn from the past, we cannot make progress looking backward, and that is what this administration is doing.”

Councilman Kris Fuller said he was shocked to see the report mention the former parks director.

“I reviewed the investigation and have no reason to believe that a theft of any kind occurred,” said deputy prosecutor Bob Cline in an email to RTV6.

“I was very concerned by that accusation in this report especially when the former parks director wasn’t charged, and there was no crime of any sort committed,” said Fuller.

Fuller also criticized the newly released report for using six pages to discuss an ordinance Fuller introduced regarding parks and recreation in 2017 that never came to fruition.

Fuller said the ordinance was tabled.

“It just seems like a waste of taxpayer dollars to me to spend six pages on something that is a moot issue compared to what this report was supposed to be,” said Fuller. “It appears to be more about politics. Since I’m the one who first came forward with issues about the procurement of sidewalk work.”

The 70-page report said Martinsville’s parks department has not delegated a purchasing agent to act on behalf of the department, which violates Indiana law.

“The lack of a designated purchasing agent and oversight structure has resulted in unauthorized purchases, unauthorized decisions, and mishandled (and ultimately missing) City-owned property,” read the report. “Martinsville is still unable to locate many of the items purchased by the former parks director, even after he was terminated and instructed to return all City-owned property. Martinsville and the Parks Department should designate purchasing agents, and establish purchasing policies and procedures that allow for accountability and oversight throughout the purchasing process.”

Call 6 Investigates contacted all the members of the city council in Martinsville via email Tuesday.

“I am surprised they glossed over and did not address our original concerns,” said council member Eric Bowlen. “They seem to take a stance that this is a historical problem and not an issue with how things have been done the past two years. In this instance, they never spoke to any past board of works members or city leaders or employees regarding past practices. This leaves a big hole in any report.”

The city initially halted work with Roberts Construction, but the company is back to work in the City of Martinsville.

The city council now has to decide whether to go forward with its initial plan to hire outside attorney William Beggs of Bloomington to investigate what happened with the city hiring Roberts Construction or wait for the State Board of Accounts to review the matter in a regularly scheduled audit later this year.

The city attorney’s review briefly addressed the matter in the report.

“The Council’s review of Roberts Construction amounts to an audit, and flies in the face of the Board’s core function,” read the report. “So, I have decided not to review the Roberts Construction matter. But the recommendations in this report address any perceived issues with how those projects were handled.”

Fuller said Monday night the council also discussed hiring a full-time attorney to help review the 70-page report and implement procedures for the city to follow as a whole.

PREVIOUS | CALL 6: Martinsville paid $662K in construction claims with no bid, no contract

Kohl said she was the one who asked Roberts for the donation, and emphasized she called numerous companies at the time seeking $60,000 in campaign contributions.

The 70-page report said any allegations regarding a conflict of interest are “reckless and unfounded.”

“It is nothing more than a bald and uninformed attempt to discredit you and your office, made even bolder because the former City Attorney signed the claims and the council approved them, until it became disadvantageous,” read the report addressed to Mayor Kohl. “It is apparent on the face of the law that there is no conflict of interest.”

Read the full 70-page document below.