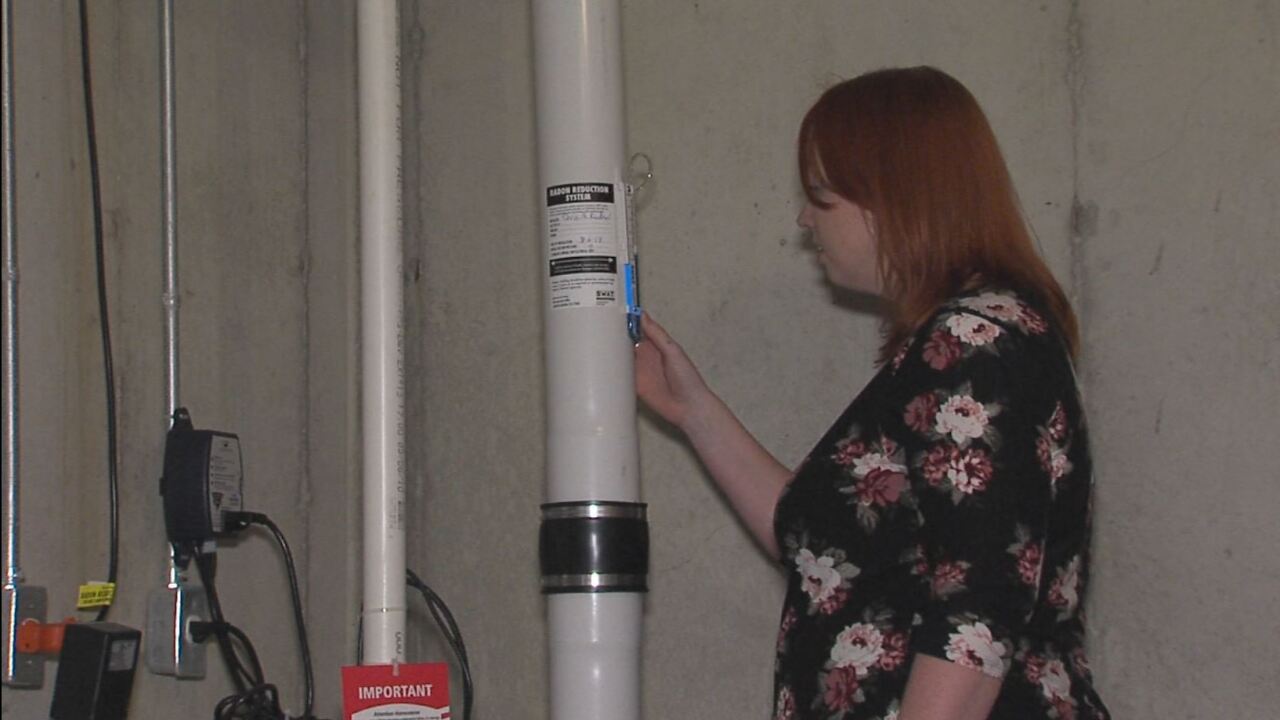 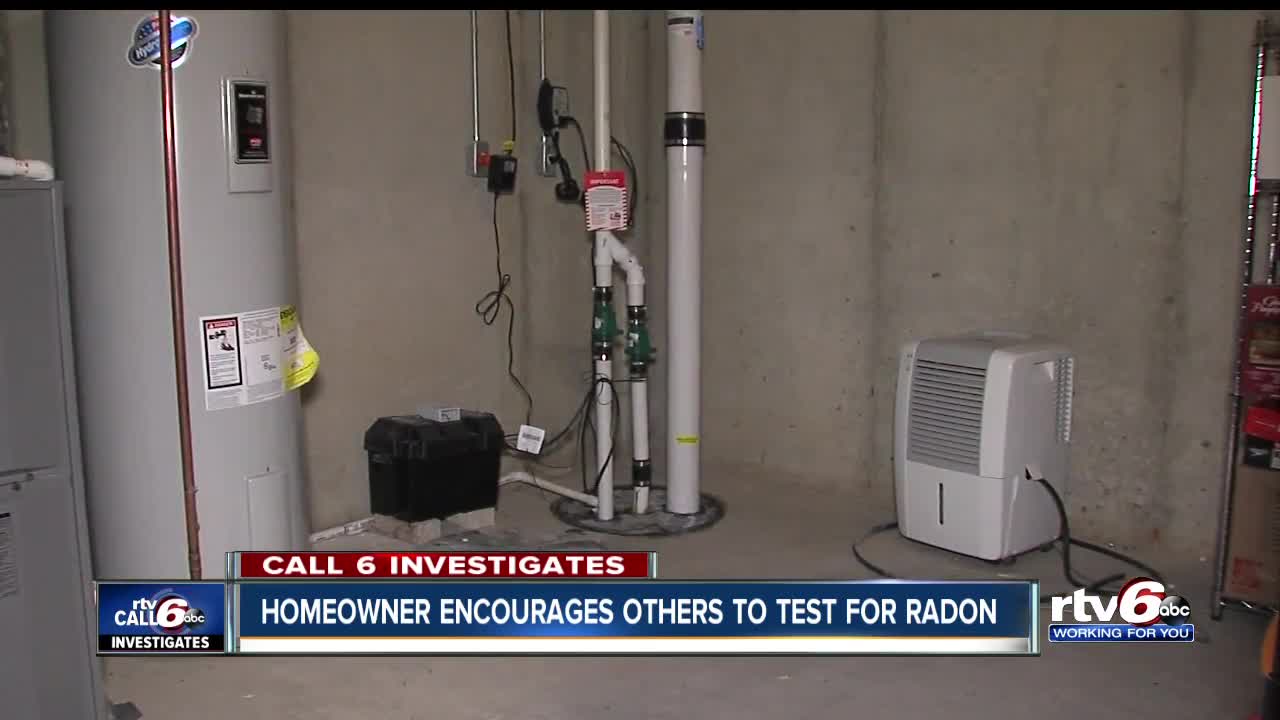 MCCORDSVILLE — A McCordsville woman who found high levels of radon in her home is urging fellow homeowners to get their home tested for the cancer-causing gas.

Betsy Wilson has lived in her Hancock County home since August.

“We found this house and we fell in love with it,” Wilson said.

As part of the real estate transaction, Wilson asked for a home inspection including a radon test.

“They’re like, 'Everything looks great, except there’s radon,'" she said.

Radon is the number one cause of lung cancer among non-smokers.

The federal EPA recommends fixing your home when the levels inside your home hit 4.0 pCi/L.

Betsy Wilson’s home tested well above that at 14.5 pCi/L.

Radon comes from decaying uranium in the soil, and seeps into your home through cracks in the foundation.

“I was really surprised,” Wilson said. "We’re like, 'This is our dream home and now there’s a major issue with it.'"

The seller paid $1,000 to fix the problem with a mitigation system, which essentially sucks the bad air out from under the basement and blows it out at the top of the house.

He said her case is proof of why home testing is so important.

“It doesn’t matter what kind of house or where you live, you really should have your home tested,” Hardwick said. “There are people that live in their house for 20 years and don’t know they have high levels of radon.”

This EPA map shows much of Central Indiana is in a hot zone for radon,meaning the gas is widespread throughout the soil and buildings in our state and about one-third of counties have predicted radon levels of 4 pCii/L.

“A real estate transaction is not the first place you want to find out whether you have radon in your house,” Hardwick said.

January is National Radon Action month, and the Indiana State Department of Health is urging homeowners to test their homes for radon, which is the second leading cause of lung cancer next to smoking.

Rich Able with Indy Inspection Service has been doing radon testing for 19 years, and shared a disturbing statistic with RTV6.

“A basement in Central Indiana has a 50 percent chance of having a high level,” Able said. “If you go to crawl space homes I would say 25 percent, and in a slab home maybe 10 percent.”

Experts recommend testing not just your basement, but also the most lived in floor of your home, such as the main floor.

Wilson is glad she requested a radon test as part of her real estate transaction.

“The only reason we found out is because we were buying a home and it was part of the inspection,” she said.

Wilson said any homeowner can get their home tested even if they’re not selling.

If you don’t want to hire a contractor, you can buy a test at a hardware store or check with your local county health department — some will give you one for free.