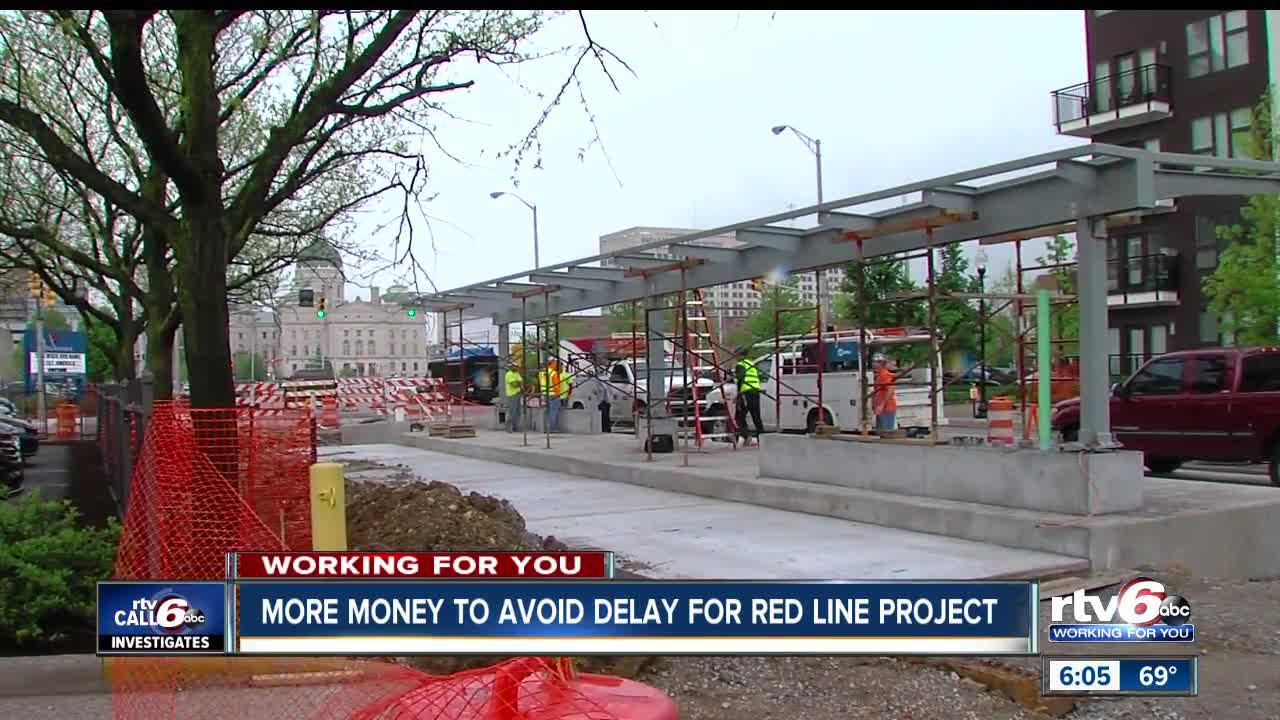 The massive IndyGo Red Line is dishing out more money, yet again.

Call 6 Investigates uncovered the project was more than four months behind schedule earlier this year. Now, after millions were already spent to get the transit back on track, there are millions more being paid to make sure it gets completed on time.

IndyGo Red Line will be spending $5 million more as the second phase of the project gets underway for a scheduled completion set to be before August 31.

The millions of dollars being spent to speed up the second phase of the construction that specifically focuses on the stations and final touches of the Red Line bus rapid transit system.

The new money requests were revealed in IndyGo's Board of Director's meeting packet. The documents show multiple requests from the Red Line team for the board to approve money requests, to make sure the project is completed on time.

After Call 6 uncovered the first phase of the project was 114 days behind schedule, IndyGo's Board of Directors approved an acceleration plan of nearly $3.5 million to get the first phase back on track. That phase is expected to be completed by July 31 and IndyGo says that it's on track at this point.

However, the board documents reveal the second phase of the project is still 65 days behind track, and the completion date has been moved from August 8 to August 31.

With more money being spent and more delays, some people in the community are frustrated.

"This is an infection. 'Its being cured and cleaned. It's a good thing,'" Chuck Mack, owner of Moe & Johnny's, said. "But the thing that we as a community need to do is hold Red Line accountable for the most basic thing there is, and that is the safe environment."

IndyGo says despite the delays the project is on track to be completed on August 31.