Law says schools must identify and evaluate students with disabilities 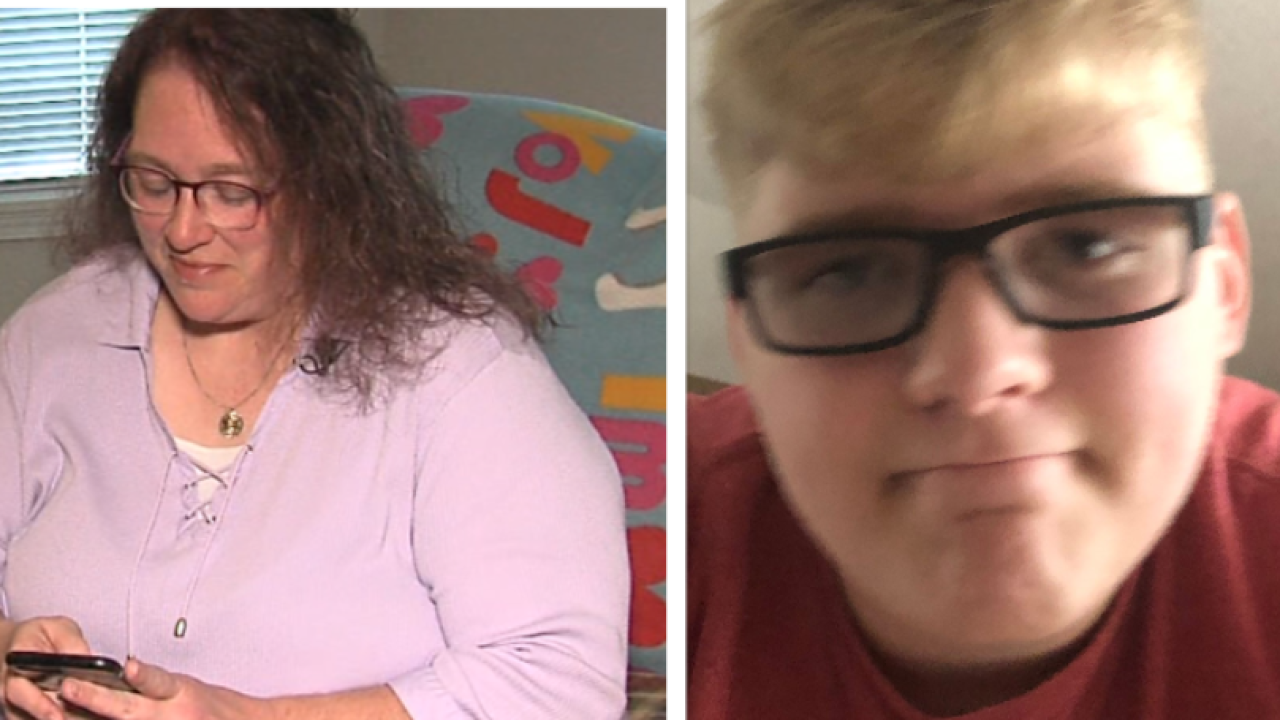 Tiffani Mathews says the district also retaliated against her son because she spoke up at school board meetings and on social media about an unrelated controversy.

He has been diagnosed with attention deficit hyperactivity disorder, or ADHD, and Mathews said her son has had a hard time keeping up because of his disability.

"I noticed him starting to struggle in fifth or sixth grade and I had requested the teachers let me know if he started falling behind,” Mathews said. “They didn't let me know until he had dug himself a hole so deep there was just no way to get him out of it."

Mathews said she tried to get her son extra help and asked the district to evaluate Alex, but Mathews said her requests fell on deaf ears.

Mathews filed a formal complaint this month with the Indiana Department of Education against the district alleging, “they dismissed her and chalked up his dismal performance to a lack of motivation.”

"He's very bright, he just doesn't learn the same way that they're trying to teach everybody,” Mathews said. “I wonder how many other kids they've done it too. I want Alex to be able to get the education that he deserves. It's not fair to him."

This is not the first time Mathews has been vocal.

She’s spoken up at school board meetings and on social media about an unrelated controversy involving a former teacher, Tyler Bruce, accused of an inappropriate relationship with a student.

Mathews’ formal complaint to IDOE alleges the district retaliated against her son.

After one board meeting, a school staffer called Alex into his office and asked the teen if he felt safe at home, the complaint alleges.

“Why wouldn’t he feel safe at home?” Mathews said.

In another example outlined in the complaint, Mathews said Alex was placed on a list of students not allowed to see the guidance counselor — a move she and her attorney, Tom Blessing, said was in retaliation for her speaking out about Bruce.

“It certainly suggests that the school attitude toward this family may have been influenced by Tiffani’s outspoken criticism of the school’s handling of the situation,” Blessing said.

Blessing said schools have to follow a federal mandate which requires them to identify and evaluate children with disabilities.

"We hope to have him evaluated and have him qualified for the help he should have been getting for the past few years,” Blessing said. “As far as other students, we are hoping that it does help some other kids. One of the remedies we're asking for is some training for teachers and staff to identify students who need extra help."

RTV6 reached out to the school district for a response to the complaint.

"The NWHSC does not comment on pending litigation and is legally obligated to maintain the privacy of students,” district spokeswoman Donna Petraits said in an email to RTV6.

Blessing wants parents to know they have the right to have their child evaluated by a school psychologist at no cost to the parent.

They’re requested a due process hearing through the Indiana Department of Education, but a hearing date has not yet been set.

“I want the accountability for it,” Mathews said. “Last year he failed four classes and they’re kind of pushing him along and they don’t care if he receives a decent education, and he’s a very bright kid.”

As for Tyler Bruce, he was fired from the district on March 18, nearly two months after he was charged with child seduction and obstruction of justice.

He’s requested his trial be moved out of Hendricks County, and a hearing date is scheduled for July 7 and his trial is July 29.