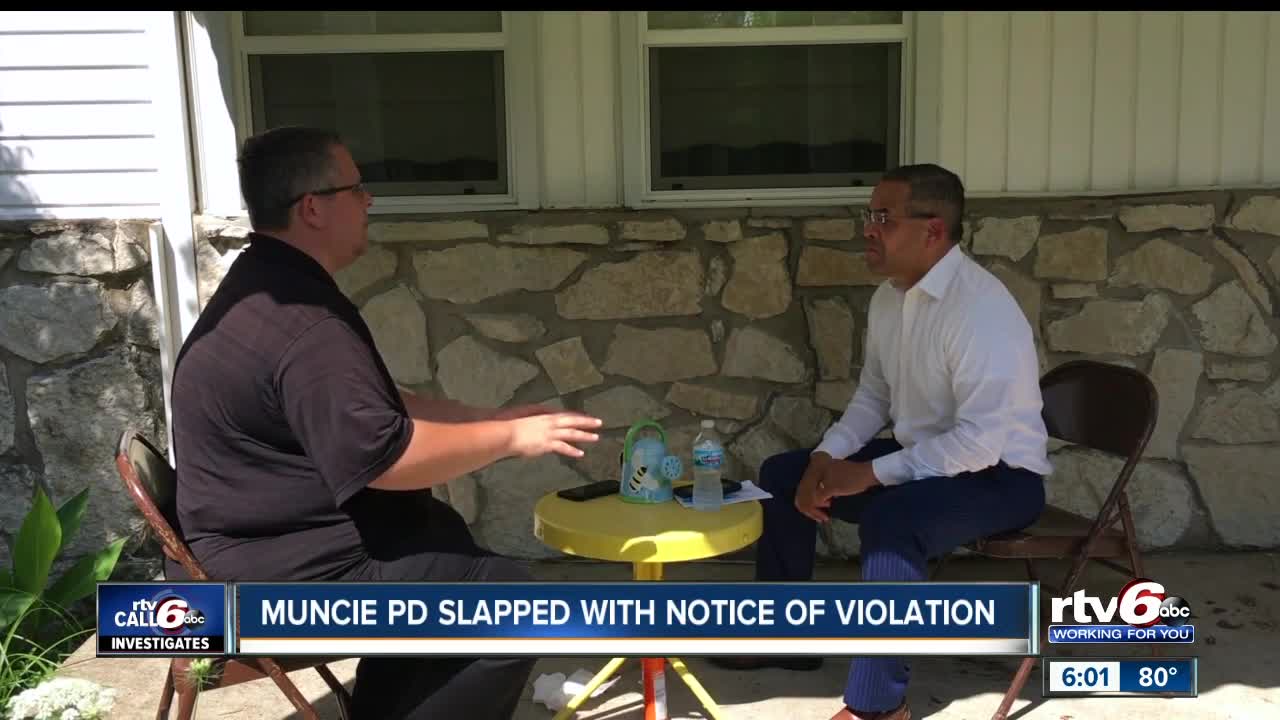 The Muncie Police Department received a notice of violation after a state review found officers had used their equipment to inappropriately run the name of a man who wasn't a crime suspect, but a critic of city government.

MUNCIE — The Muncie Police Department received a notice of violation after a state review found officers had used their equipment to inappropriately run the name of a man who wasn't a crime suspect — but instead a critic of city government.

Kris Bilbrey is a podcaster who can be a thorn in the side of Muncie politicians.

"This has silenced people," Bilbrey said. "I have absolutely spoken, is that, 'I'm out. I'm done. I'm no longer willing to be involved because... I'm afraid.'"

Bilbrey's program 'Perception is Reality' does not hide his outrage for Muncie city government, which is the current shadow of an FBI investigation.

Bilbrey says after requesting documents about the city council he began receiving several bizarre texts which included details on his driver's license.

He filed a public records request with State Police questing whether Muncie Police offices had misused their computers to run a search on him on a system called "IDACS."

"You can't call me, driving around in the patrol car, and say, 'I'm going to rent this house to such and such, I'm good buddy oh pal, can you run this John Doe and tell me if you have anything,'" Bilbrey said. "It's against the law. 143837 — I can't run Donald Trump. If I run Donald Trump that's a hit."

A state police review deemed that the Muncie Police Department was in violation of misusing the law enforcement records system.

"I think in these couple situations they were trying to get information on someone that, in that situation, that they shouldn't of been," Joe Winkle, Muncie Police Chief, said. "There is no crime involved. They were investigating a crime, and these people have the right to not have this done to them."

Chief Winkle sent out a message on July 24th to his officers — which he says he can not share that internal memo — that detailed the dos and don'ts so that this doesn't happen again.

"We certainly realize that we were wrong and we think we have fix this issue and it should never happen again," Winkle said.

"Are we on the side of the line that says, 'This is Muncie, Indiana — America. We can speak out how we want, whichever way we want and should be left to do so unmolested and bullied,'" Bilbrey said. "Or is this the new norm that you're going to be pulled over, or you're going to be targeted, we are going to be harassed."

The notice of violation is among the lowest reprimands a police department can receive.