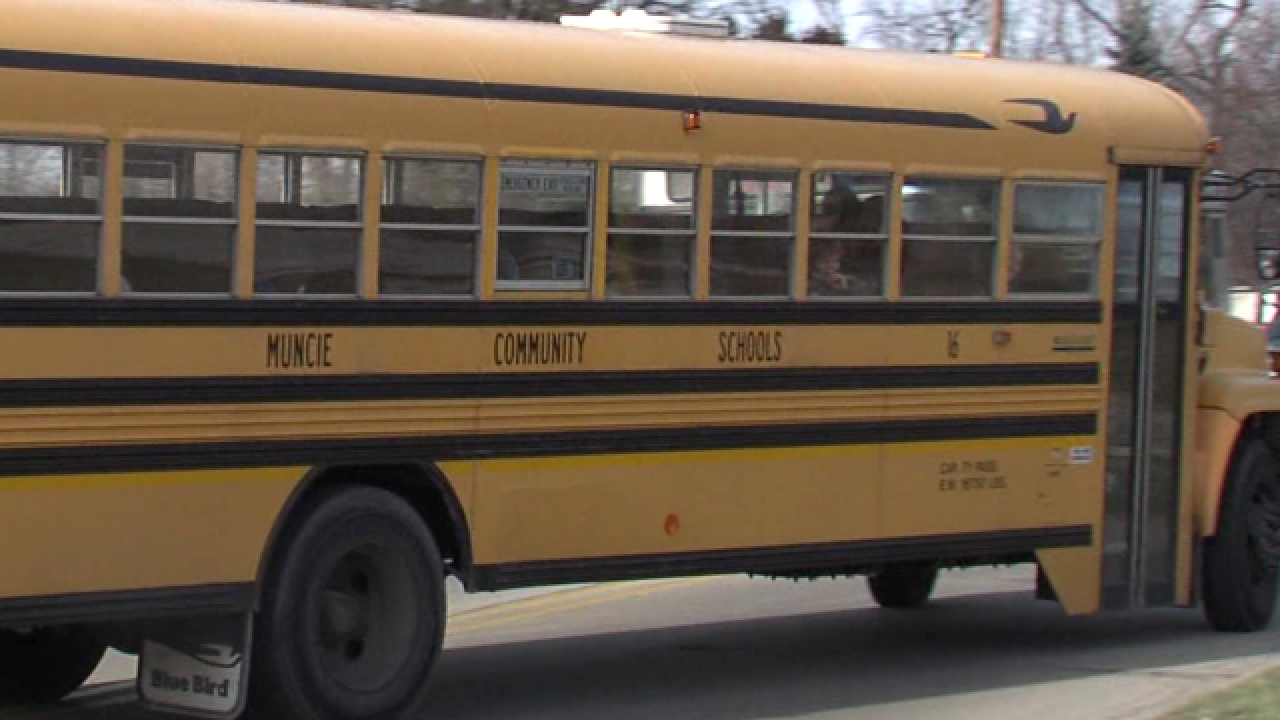 MUNCIE, Ind. -- Muncie Community Schools will be closed again Friday after the district experienced transportation issues on Wednesday, the first day of school.

Many parents complained to RTV6 about teacher turnover, confusion about schedules, and transportation lines and problems on the first day of school.

In a media briefing Thursday afternoon, Muncie officials said they had decided to close again on Friday and would be using the weekend to try to asses and fix any other transportation issues that they have.

Students in Muncie Community Schools headed back to class Wednesday for the first time since the district lost about 100 teachers and closed three elementary schools as part of a deficit reduction plan.

Storer Elementary, Mitchell Elementary and Sutton Elementary were all closed permanently as a result of budget constraints.

The displaced students headed to other elementary schools within the district Wednesday, including West View, which took in students from Storer Elementary.

"It's like the changes that they're making they feel are in the best interest, but it's not really helping because they're combining all these kids in one school and it doesn't seem like they have room for all of them," said Jessica Nichols, who has three children who attend West View Elementary. “It’s just very disorganized this year.  My oldest has gone here since she was in kindergarten and it just seems like a really unorganized year.”

The Muncie Teachers Union told RTV6 more than 140 teachers resigned or retired in the last year amid an $11 million deficit.

"It's actually horrible,” said parent Jennifer Huffman. “There's a lot of teachers that my daughter would have had that quit at Muncie Central High School."

Superintendent Steven Baule told RTV6 the district is down about 30 teachers from a year ago, however, the system is fully staffed.

“We’re in a better staffing position than when I got here in 2015,” said Baule.

Baule said he did not blame teachers for leaving the district.

“A lot of people are worried and looking for a job in a district that’s more stable, and nobody is going to fault them for that,” said Baule. “I’m very thankful 75 percent of our staff has chosen to stay and be part of the solution. I see a lot of our teachers are excited to be here.”

“We hardly knew anything walking into school,” said parent Jessica Morrow. “It’s just really not an environment I want my kids in. We really considered pulling them out of the school system this year, or home school.”

Morrow and other parents expressed frustration with the district’s new busing system, which includes a new busing company Auxilio.

"We waited until 7:20 and they never showed up and school starts at 7;10 so I ended up going back home and bringing the kids to school," said Morrow.

Some parents said they had difficulty finding out information about which bus their child would ride.

Superintendent Baule acknowledged problems with bus transportation, but said the district has faced a slew of changes including a new, staggered schedule.

“We’re going to do a better job tomorrow than we did today,” said Baule. “The kids arrived safely at school. That’s our goal, but we will continue to make changes.”
Baule said they will work with Auxilio to address problems with transportation.

"I anticipate the teachers coming in are going to be more enthusiastic and be more up on technology that the kids are familiar with,” said Ray. “So, I see it moving in a
good direction."

The school corporation is down to six elementary schools.

Baule said elementary class sizes went up only slightly, and now average about 23 students per class.

Baule said some parents have complained there’s too many cars in the pick-up line, but he points out that more students are attending the remaining schools.

“We had a great first day,” said Baule.

It’s not yet clear what the district plans to do with the three elementary schools that are now vacant.