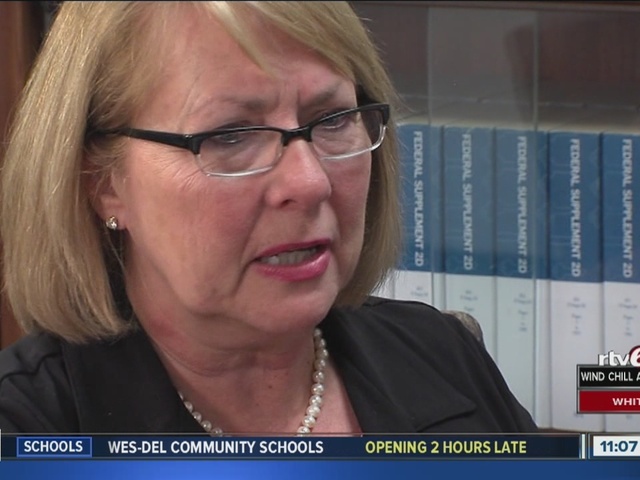 The new director of the Indiana Department of Child Services sat down with Call 6 Investigator Kara Kenney to answer tough questions about an embattled state agency, child deaths, staff turnover and violations of state law. 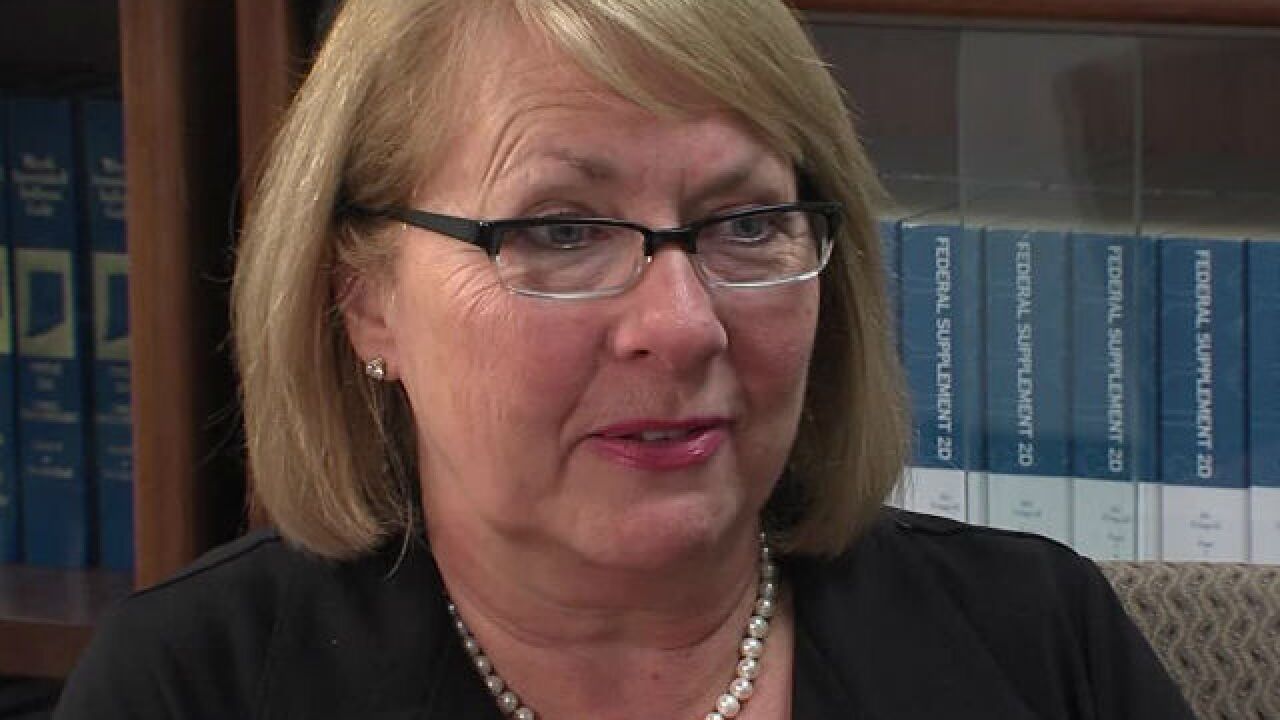 The new director of the Indiana Department of Child Services sat down with Call 6 Investigator Kara Kenney to answer tough questions about an embattled state agency, child deaths, staff turnover and violations of state law.

It’s the first time Mary Beth Bonaventura agreed to a sit-down interview since taking office in March 2013. She addressed the state agency's problems some say have led to dozens of children dying from abuse and neglect.

It took Kenney months to get an appointment with Bonaventura, who said she is often in the office until 8 pm.

In her candid interview, the former Lake County juvenile judge admitted she's afraid abused and neglected children will slip through the cracks.

Bonaventura took over for James Payne, who resigned in 2012 amid ethical questions regarding his involvement in a case surrounding his grandchildren.

Records obtained by the Call 6 Investigators show between 2007 and 2011, 185 Hoosier children died due to abuse or neglect and 43 of those had a prior history with DCS.

Devin Parsons, 12, was beaten to death by his mom and boyfriend despite numerous warnings to DCS.

"(My biggest fear) is another child has to go through what Devin had to go through," said Bonaventura. "That's a huge fear, and trying to figure out how do I stop that from happening?"

Arguably, Bonaventura's job is the most important in the state of Indiana.

"The safety of children, there's probably no more important job than that," said Bonaventura.

The Call 6 Investigators found DCS is failing to follow state law when it comes to caseloads.

According to a report obtained by Kenney, only three of 19 regions are in compliance with caseload standards called 12/17, which calls for case managers to have no more than 12 active cases and 17 children monitored.

"It's not acceptable, and it means children aren't as safe as they could be," said Bonaventura.

She is asking the State Budget Committee for an extra 110 case manager positions, which would cost an estimated $6.8 million.

"The law is the law," said Bonaventura. "I didn't write it, but we have to follow it. This is about the life or death of a child."

Turnover is also a huge issue for DCS.

Statewide statistics show that over a year timespan, nearly 18 percent of workers leave DCS, but in two regions of central Indiana, turnover is as high as 42 percent.

Family case managers starting salaries are in the low-$30,000 range. The agency is taking steps to slow turnover, including 6-10 percent pay raises and aiming to boost morale through employee appreciation months.

But Bonaventura said it takes more than money to retain good workers.

"These cases are not easy to deal with. They're heartbreaking and oftentimes dangerous," said Bonaventura. "We have to figure out a way we can take care of our staff in a way we didn't use to. We need to step that up, and money isn't always the answer."

Kenney asked Bonaventura about child deaths that angered the public and sparked outrage.

Bambi Glazebrook is awaiting trial, accused of starving her baby, Phillip, to death. Glazebrook had a previous history with DCS, but was allowed to care for her children despite a record of drugs and neglect.

If a report of neglect or abuse has been substantiated, DCS will make recommendations to the court.

DCS said that the courts determine, based on evidence, what will happen to child.

Kenney asked Bonaventura about the Glazebrook case, even though the baby's death happened under previous DCS administration.

"I would always err on the side of safety of children," said Bonaventura. "I probably removed more children than most judges. I guess we just have to wait and pray the services we've provided have been enough to get them to effectively parent their children safely, but you just don't know, and that's really the hardest part."

"The law says we have to reunite, and if parents do what they're ordered to do, then we have to return children," said Bonaventura.

"People are going to start judging me and the work I do instead of saying, 'Well, in the past administration…'" said Bonaventura.

It’s not yet clear whether Bonaventura's efforts have made an impact on the welfare of Hoosier children.

"I'm hoping you can expect our numbers of child abuse to go down, that we can return more children safely, that we can remove fewer children because of programming we provide," said Bonaventura.

"It’s a good thing people are reporting it," said Bonaventura. "Prior to the hotline, we had over 300 numbers in this state for people to call and report child abuse."

When she’s not in the office, Bonaventura is often taking part in events, such as reading to foster children.

Her goal is for fewer children to be abused and neglected, and for more to be loved and cared for.

"A lot of our parents are under the influence of something," said Bonaventura. "If we could get rid of drug addiction, we might be out of jobs, and that would be OK with me. That would be really OK with me."

The state’s child abuse hotline is 1-800-800-5556. Although the hotline centralized in Indianapolis in 2010, DCS is now opening regional hotline locations in Blackford, Lawrence, St. Joseph and Vanderburgh counties.

"What I think about is, 'We have 177,000 calls, but what about the kids out there that aren't being called about?'” said Bonaventura. "That worries me."

If you would you like to report a problem with the Indiana Department of Child Services, you can contact the ombudsman: http://www.in.gov/idoa/2610.htm