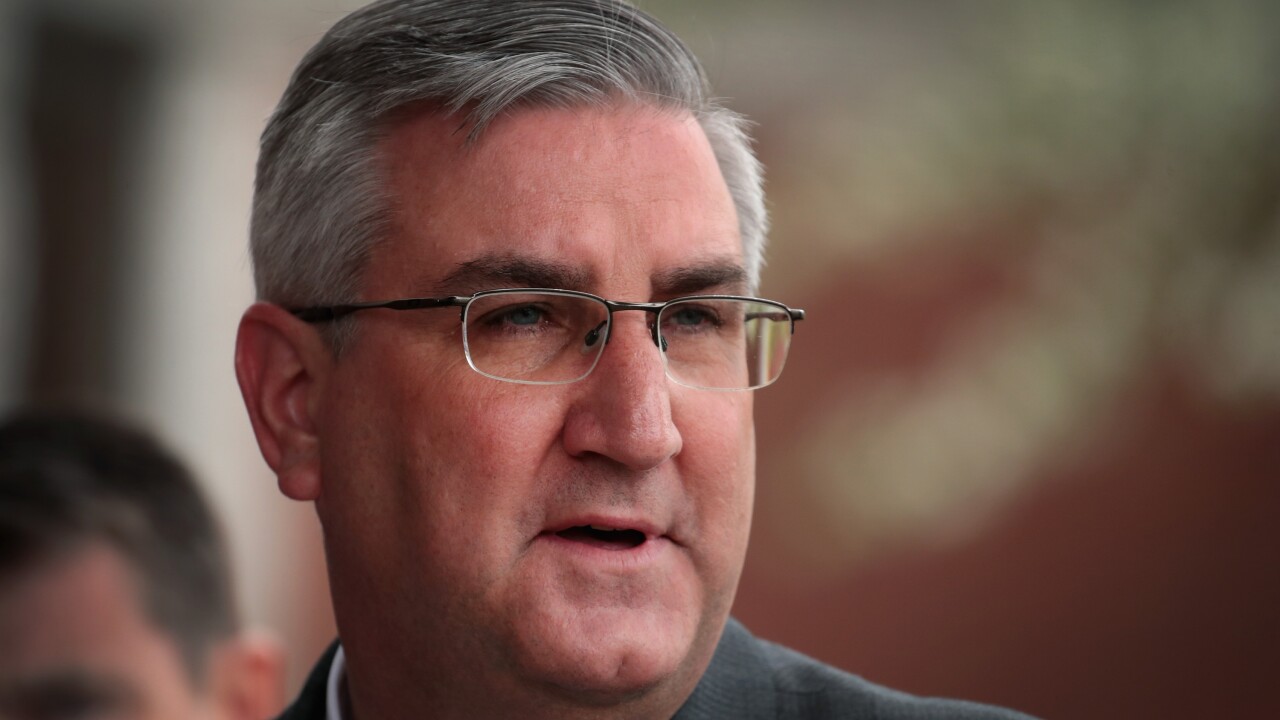 Scott Olson/Getty Images
EAST CHICAGO, IN - APRIL 19: Indiana Gov. Eric Holcomb addresses the media after meeting with former residents and taking a brief tour of the West Calumet Housing Complex with EPA Administrator Scott Pruitt on April 19, 2017 in East Chicago, Indiana. All the residents of the complex were ordered to move by the East Chicago Housing Authority after the soil and many homes in the complex were found to contain high levels of lead. The area has been declared an EPA superfund site. This was Pruitt's first visit to a superfund site since being named the agency's administrator. The complex is scheduled for demolition. (Photo by Scott Olson/Getty Images)

INDIANAPOLIS — A new law, signed this week by Gov. Eric Holcomb, will cap how much principals, assistant principals and assistant school superintendents can take with them when they leave a school corporation.

Currently, it is illegal for a school superintendent to receive a contract buyout of $250,000 or more, or more than a year’s salary, whichever is the lesser amount.

Following the 2017 legislation, Sen. Erin Houchin, R-Salem, said she heard from school corporations who wanted to know if the law also applied to assistant superintendents, principals, assistant principals and other administrators who also have contracts.

"I was pleased to see this bill finally be signed into law after a multi-year effort,” Houchin told RTV6. “This legislation, coupled with SEA 182 (2017), tightens down all school administrator contract buyouts and will save school corporations throughout Indiana millions of dollars. This will be a safeguard for precious resources that should be spent on our teachers, students, and classrooms, rather than to outgoing administrators.”

The legislation impacts administrator contracts signed or renewed after July 1.

“I am grateful to my colleagues in the General Assembly and to Governor Holcomb for his support," Houchin said. “This is just closing that loophole and making sure we treat everybody the same in that buyout law. We have a circumstance now where it’s possible for an assistant superintendent to get an exorbitant buyout.”

Dr. Thomas Little received $325,000 per his contract, after he said the district fired him for having an autoimmune disorder.

Little’s payout was not impacted by the new superintendent law because his contract was signed prior to June 30, 2017.