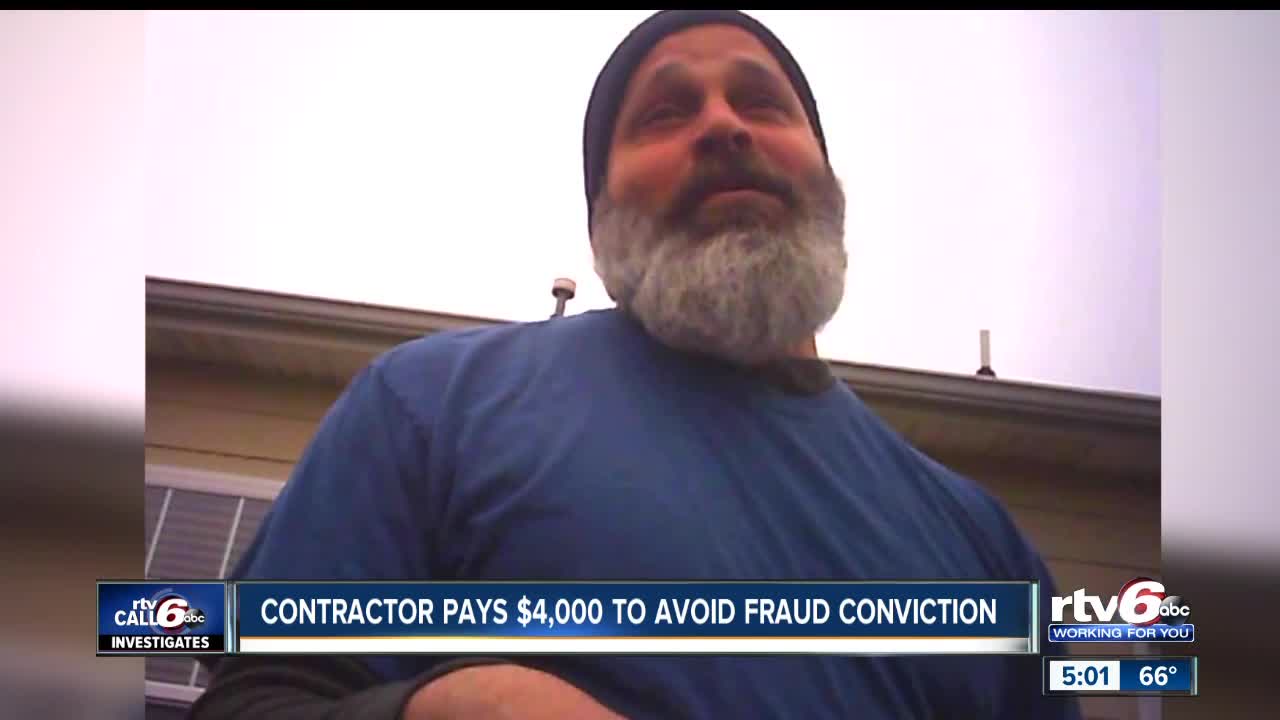 A Noblesville contractor has provided a $4,000 refund to a Greenfield homeowner, a move that will likely spare him a criminal conviction for home improvement fraud.

GREENFIELD — A Noblesville contractor has provided a $4,000 refund to a Greenfield homeowner, a move that will likely spare him a criminal conviction for home improvement fraud.

Records show Sellers and prosecutors reached an agreement on January 31 to withhold prosecution after Sellers paid Dunkel $4,000 in restitution.

“I am glad to get my money and that people are aware of his nonsense,” Dunkel said in response to the agreement. “I am just glad that he paid it.”

Sellers had faced up to a year behind bars and a $5,000 fine if convicted.

As part of the agreement, Sellers can’t commit a criminal offense for one year.

If Sellers commits any criminal offenses during the one year period, prosecutors can renew prosecution.

RTV6 left a message for Sellers attorney on Monday morning.

Call 6 Investigates first exposed the business practices of Mark Sellers in May 2018 after RTV6 found $110,000 in civil judgments against Sellers in Indiana dating back to 2014.

Sellers is accused of taking money from customers in central Indiana and not finishing the work. Call 6 Investigates met up with Sellers in March 2018 and he said he was working on paying people back.

Kenney: Are you still working as a contractor?

Sellers: I work for other companies.

Kenney: Are you going to pay people back?

Sellers: That’s why I’m here. I have to.

“Mark Sellers stole my money,” Dunkel said in 2019. “He said he was going to build a pole barn, and he didn’t show up. He lied about his address.”

“I hope he can’t do this to anyone else, and that is the purpose of this whole thing,” Dunkel said in 2019. “I want prosecutors to know that I support what they’re doing 100% because he doesn’t need to do this to people.”