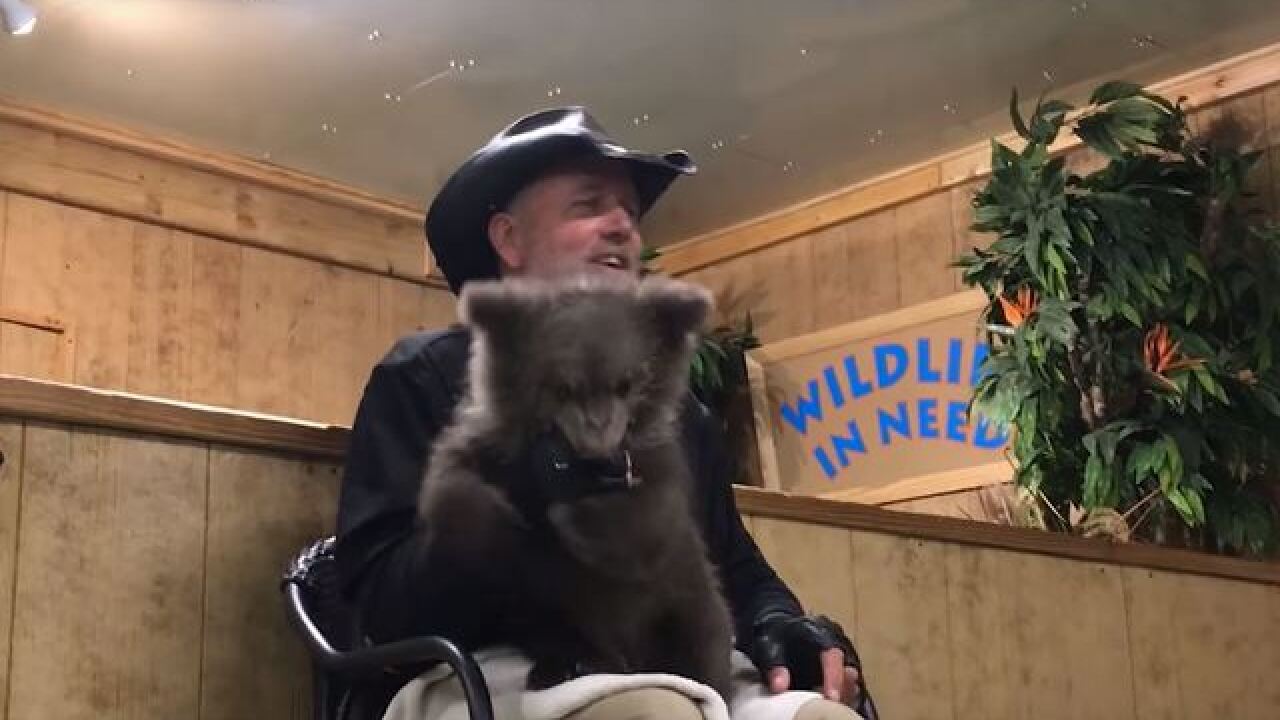 Copyright 2018 Scripps Media, Inc. All rights reserved. This material may not be published, broadcast, rewritten, or redistributed.
Kenney, Kara
<p>Video of Wildlife in Need from PETA YouTube Video</p>

CHARLESTOWN, Ind.-- People for the Ethical Treatment of Animals (PETA) is asking a federal judge to stop a southern Indiana wildlife rehabilitation facility from revealing the identity of a PETA confidential informant.

Wildlife in Need, located in Charlestown, publicly revealed the worker's name and address, according to PETA.

The animal rights group filed a lawsuit against Wildlife in Need in September 2017 accusing the “roadside zoo” of illegally hurting big cat cubs by declawing them, separating them from their mothers and forcing them to interact with the public.

The lawsuit alleges Wildlife in Need is in violation of the federal Endangered Species Act.

In February 2018, PETA won a court order preventing Wildlife in Need from using big cat cubs in public encounters or from prematurely separating cubs from their mothers without a medical need.

PETA filed a motion on September 7, 2018, in the United States District Court for the Southern District of Indiana asking a judge for a protective order to protect the public disclosure of the confidential informant.

“The disclosure of the identity of the CI who assisted with PETA’s investigation would impair PETA’s ability to engage in future undercover investigations and expose the individual to potential harassment and harm,” read PETA’s filing. “PETA is vigilant in protecting the identity of its undercover investigators because the information these individuals obtain is critical to PETA’s animal protection mission.”

The court has set a phone hearing for Friday, September 14 at 1 pm.

Wildlife in Need took aim at PETA in a Facebook post this week about the confidential informant.

“This individual came and volunteered here even though I have signs up explaining that we will not tolerate any actions of any kind here on my property from any animal rights activist or animal rights activist group and the sign says we will prosecute," read the Wildlife in Need Facebook post. "By placing this undercover terrorist on my property, they have endangered not only myself, my wife, my staff and my volunteers but they have also endangered the health and welfare of my animals."

RTV6 has reached out to Wildlife in Need and PETA for comment Wednesday.

Call 6 Investigates reported in 2017 that the U.S. Department of Agriculture was investigating the non-profit following complaints from PETA and other animal activists that allege a bear cub was tortured on camera.

PETA posted a video of Wildlife in Need founder, Tim Stark, appearing to grab the cub by the mouth.

PETA alleges the bear was so terrified, she urinated on herself, and screamed.

"Tim Stark terrorized this baby bear in front of a boisterous crowd as she screamed, struggled to escape, and lashed out in self-defense," says PETA Foundation Director of Captive Animal Law Enforcement Brittany Peet. "PETA stands ready to help authorities find a reputable sanctuary for this traumatized cub where she could receive the care that she desperately needs."

Call 6 Investigates contacted the USDA, the federal agency that regulates Wildlife in Need and USDA confirmed to RTV6 they received the complaint and video link, and the agency was investigating.

A USDA spokesperson says an administrative hearing is scheduled for September 26.

USDA last inspected Stark on March 29, 2017, and cited Wildlife in Need for several violations of the Animal Welfare Act, including refusing to let USDA inspectors inspect the property.

Stark told the ABC affiliate in Louisville that the video is a misrepresentation of his interactions with the bear cub, named Gizzy.

"She throws her little temper tantrums," Stark said. "It means absolutely nothing. It's her nature."

"If you make a toddler stop playing or whatever and you pick them up, chances are they're going to have a temper tantrum and start kicking, screaming, hollering and everything else. No different from her. She wants to play all the time," he said. "PETA takes video and takes it out of context, and they edit it and do all kinds of stuff to make you look bad. That is their job."

Stark told WHAS he has a special bond with Gizzy and does not abuse her or any of the other 400-plus animals at Wildlife In Need.

"She will not leave my side," he said. "This bear is my baby. I am what I call the ma-pa. I am the mama and the papa to that bear."

PETA accuses Stark of a long history of abusing animals, including pleading guilty to trafficking an endangered ocelot in 2008.