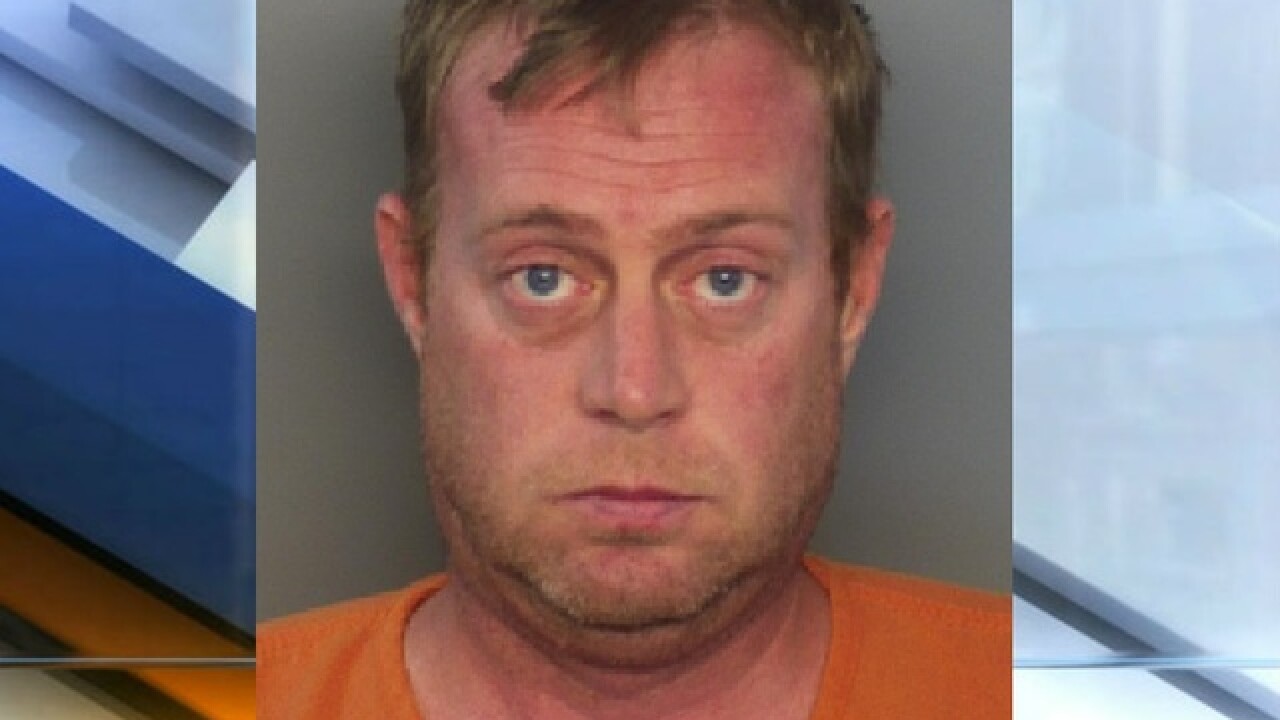 BROWNSBURG, Ind. -- A Brownsburg man, who is a licensed pilot, has pleaded guilty to one count of drunk driving following an October arrest for driving more than three times the legal limit.

Robert Harris III reached a plea agreement this week with Hendricks County prosecutors, in which they agreement to drop a charge of operating a vehicle with a concentration of .15 or greater.

The judge approved the plea, which includes 361 days of probation, drug and alcohol treatment, attend a victim impact panel, and must consume no alcohol during the probation period.

Plainfield police arrested Harris in October on his way to the Indianapolis airport.  Officers said Harris' eyes were bloodshot; his speech was slurred and he had trouble using his hands.

According to court documents, police stopped a field sobriety test because Harris almost fell over while trying to walk. A breath test revealed his blood alcohol level was .29,  which is more than three times the legal limit to operate a motor vehicle.

Lael Hill, a spokesperson for Mothers Against Drunk Driving, said the sentence was “pretty tough” for a first time drunk driving offender.

Harris received a 361 day suspended jail sentence, which means if he messes up while on probation, the judge could order him back to jail for the remainder of his sentence.

“It looks like they set it up to where if he gets caught drinking, or does not comply with probation and partake in drug and alcohol treatment, as well as attend a Victim Impact Panel, he will go to jail for at least a year,” said Hill.

Sources tell Call 6 Investigates Harris works for a commercial airline that flies out of the Indianapolis airport, but that airline would not comment on personnel matters, nor would they confirm that Harris works there.

Even though it’s unclear if Harris was scheduled to fly that night, a drunk driving conviction does not necessarily mean a pilot will lose their license to fly.

Pilots must report an alcohol-related conviction, suspension or revocation to the Federal Aviation Administration within 60 days, including a failed breath test.

Call 6 Investigates filed a FOIA request to see if Harris reported his drunk driving arrest, but so far the FAA has not yet provided any records.

Federal regulations state a pilot must follow the 8-hour “bottle to throttle” rule; some airlines require a 12 hour cooling-off period since the pilot’s last drink.

Pilots must report an alcohol-related conviction, suspension or revocation to the Federal Aviation Administration within 60 days, including a failed breath test.

Duncan says the FAA does its own comprehensive investigation when a pilot is arrested for drunk driving. Whether the pilot keeps his or her license depends on a variety of factors including a pilot’s medical and criminal history.