Rabbit enthusiasts come to defense of breeder cited by city 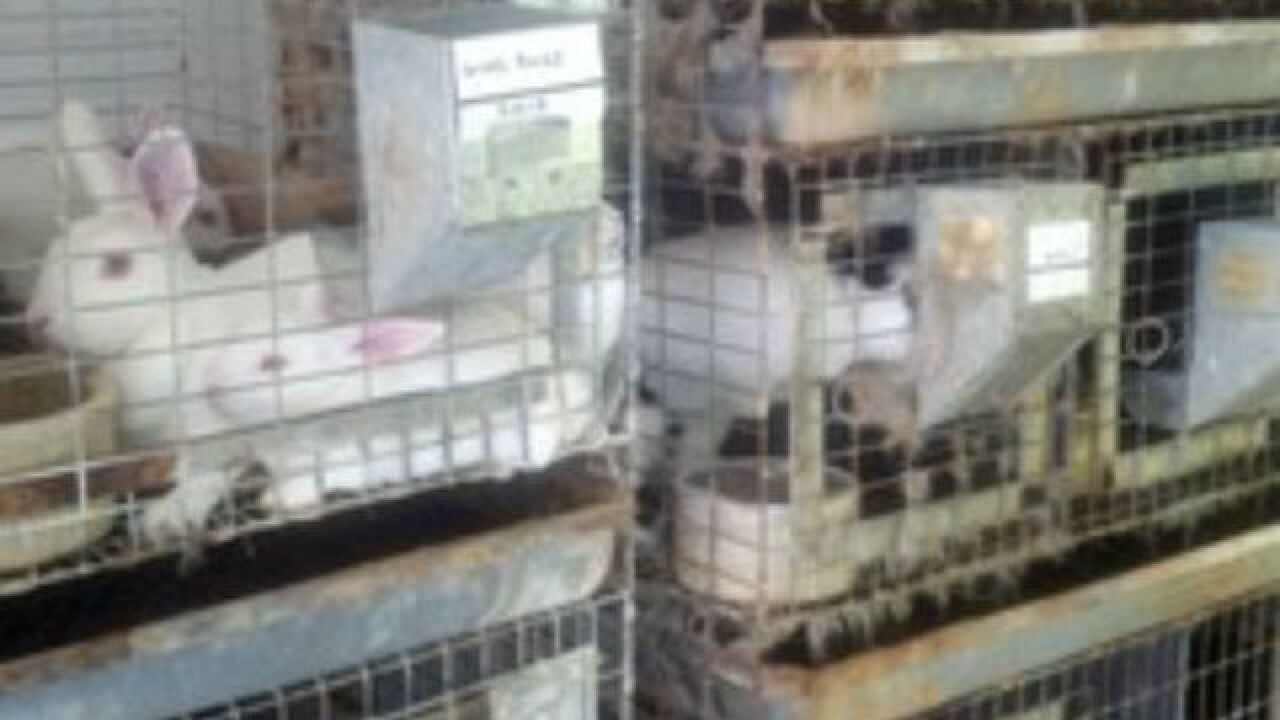 Breeders and rabbit enthusiasts are coming to the defense of an Indianapolis man cited by Indianapolis Animal Care and Control on Tuesday for care and treatment of animals.

Animal control officers confiscated 375 rabbits from Cartheuser’s home on Alston Street, saying conditions were unsanitary and some of the rabbits had urine burns.

“There's feces and urine caked outside the cages of the animals, the animals are basically standing in their own urine because it's going down and just sitting in piles," said Marcus Brown, Deputy Chief of Enforcement for Animal Care and Control.

But some friends and fellow breeders are coming to Cartheuser’s defense Wednesday saying the city overstepped its authority.

“He’s a respected breeder in the state of Indiana and on a national level,” said Carl Broady, Secretary/Treasurer of the Indiana State Mini Rex Rabbit Club.  “I’m saddened and it upsets me that animal control can go and seize animals that are healthy, and they took the healthy dogs inside the house too.”

Broady said Cartheuser had worked diligently to clean up the rabbit cages after recent warnings from the city.

“He recently became a truck driver so he’s been out of town more,” said Broady. “Were there too many rabbits? Possibly for the size of the cages, but (Rick) takes care of his animals.  He’s a very hard worker and he does everything he’s been asked to do.”

Animal Control said they had received complaints about an odor coming from the house. They said they warned Cartheuser for weeks to take action, but conditions did not improve so they took the animals.

Some of the rabbits were show rabbits, some were used as feeder rabbits for reptiles and others were to be given to people as pets.

Officials said the rabbits were in good condition but the living conditions were unsanitary. Some of the rabbits had urine burns on their feet.

The owner has four days to claim the animals.