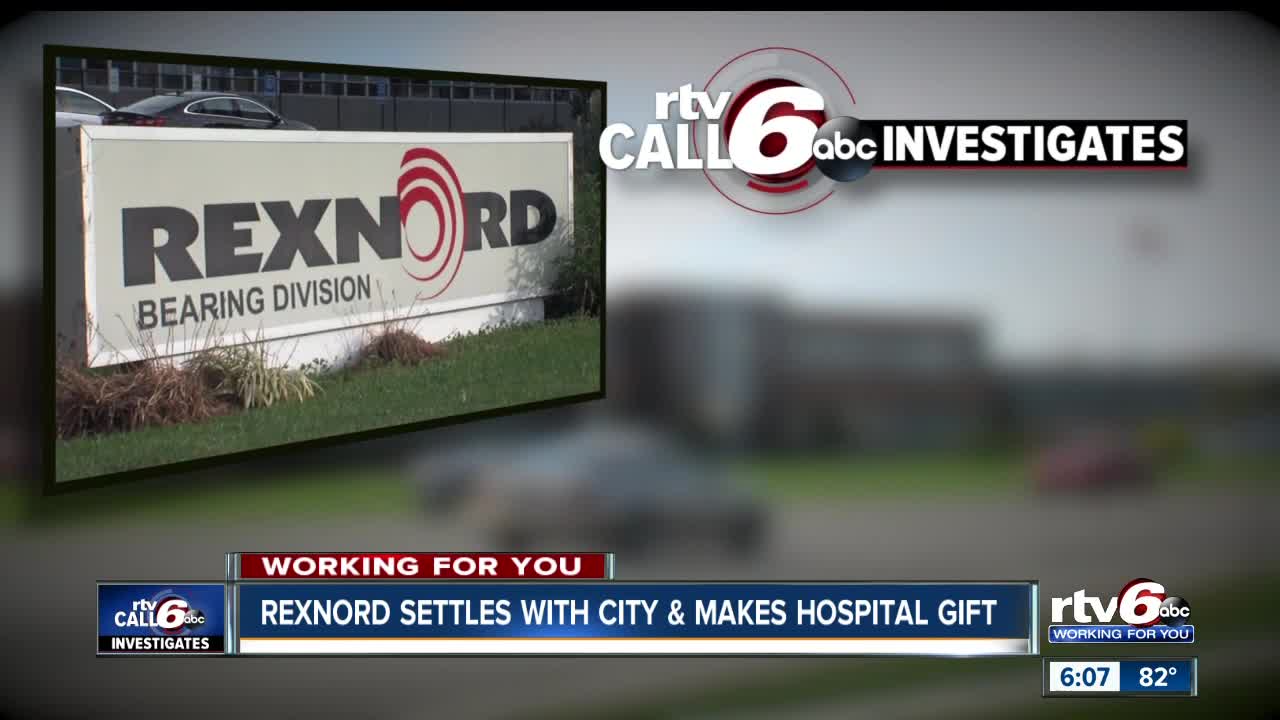 INDIANAPOLIS — Newly obtained documents shows what a company on the west side of Indianapolis paid to the city after it announced it was leaving the west side.

The closing of Rexnord became a political issue during the 2016 presidential race.

The plant's closure impacted 300 jobs and their families. The city went after Rexnord to recover property tax breaks.

Records show that Rexnord settled with the city for more than $190,000 in April 2018. Viewers are hearing about it now because the settlement was in paperwork RTV6 received as part of a records request.

READ | Carrier collecting on tax breaks for staying in Indianapolis |

As part of the ordeal, the city agreed not to publish or utter statements about the settlement proactively.

The city did go after the manufacturer to repay tax breaks after it announced it was closing the plant in 2016 and sending jobs, at the time, to Mexico and Texas.

Rexnord says that neither this settlement and release nor the payment shall be "construed as an admission of any liability whatsoever."

In addition to the settlement, Rexnord made a $25,000 donation to Riley Hospital for Children.

The company says the check was made on behalf of Rexnord.