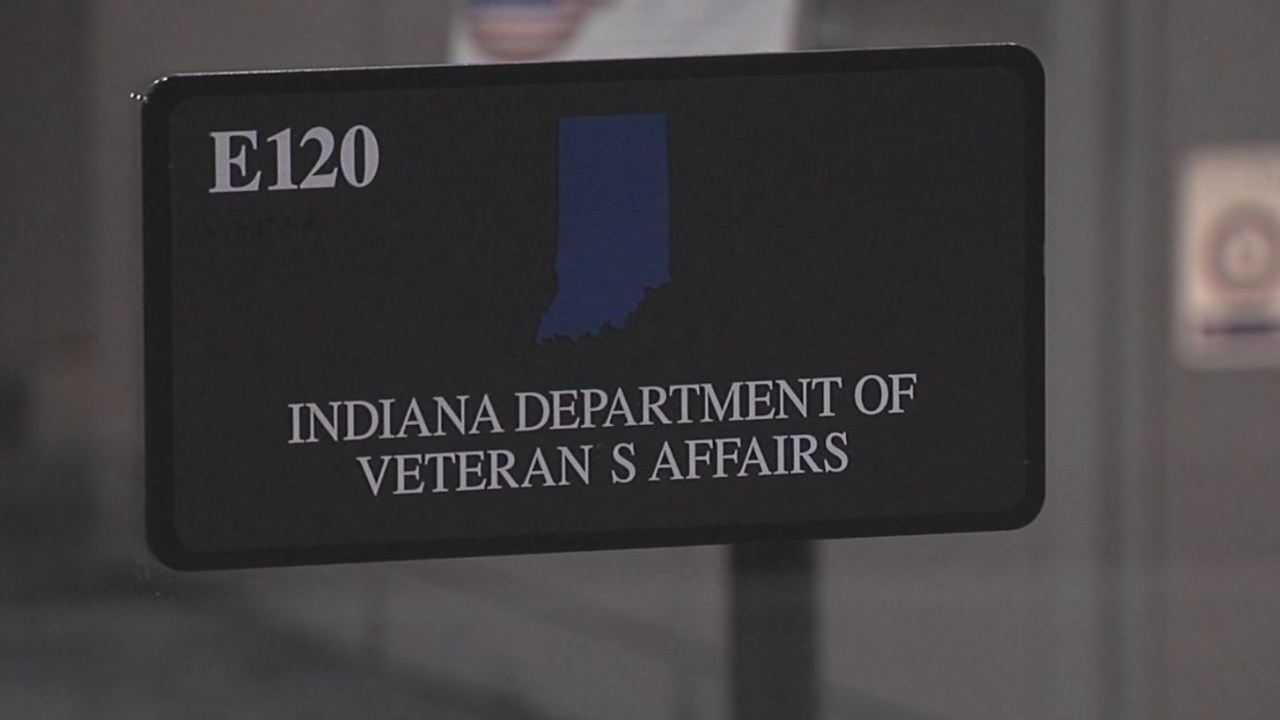 INDIANAPOLIS — A new audit released this week questioned the Indiana Department of Veterans Affairs spending of more than $700,000 in federal funds meant to help struggling veterans.

The audit focuses on IDVA’s use of TANF or Temporary Assistance for Needy Families, or federal money meant to help needy veterans with employment, training and counseling.

In 2015, IDVA and the Indiana Family and Social Services Administration (FSSA) reached an agreement to provide $2 million in TANF money to Indiana veterans and their families.

The State Board of Accounts audit released this week found IDVA did not have internal controls in place to ensure the state spent the TANF funds in accordance with federal regulations.

State auditors repeatedly found no documentation for military members and their families who received therapy and counseling services.

In one example, veterans’ children received $2,326 in speech therapy and tutoring, but the state did not have documentation explaining how the services supported a TANF purpose.

The SBOA also questioned expenses surrounding several couples retreats at French Lick Resort and Oakwood Resort which was part of the Warrior to Soul Mate program through the U.S. Department of Veterans Affairs.

The audit found IDVA paid for couples’ rooms and meals, but could not provide a reason why the service was needed.

State auditors also found most childcare vouchers lacked documentation to support the childcare was provided while the veteran attended training classes or looked for meaningful employment, which was required as part of the agreement with FSSA.

The SBOA questioned $56,269 in child care related expenses, saying it did comply with the state’s agreement.

The state auditors also questioned $688,913 paid to contracted workers, saying IDVA could not provide documentation showing the work was for TANF purposes.

The newly released report on misused TANF money is just the latest in this scandal first exposed by RTV6 in November 2018 when veterans Lisa Wilken and Will Henry came forward to allege misuse of relief funds.

Wilken expressed outrage at the audit report released this week.

“This agency has been allowed to abuse these funds and it has hurt Hoosier veterans and our State,” said Lisa Wilken, a veteran who raised concerns back in November about IDVA. “This SBOA report along with the previous audit report on the Military Family Relief Fund and the investigative journalism raise serious concerns with the IG report finding no ethics issues or criminal charges. Hoosier veterans are outraged that this agency has been ignored by this Administration and the previous one (audits from '15 & '17)and as a result abuse was allowed to continue. “

“Where is the accountability?” asked Wilken. “Why hasn't anyone been held responsible for destroying the credibility of this agency, an agency that has done a lot for Hoosier veterans?”

In a previous interview, Holcomb told RTV6 he was waiting to see what recommendations new director Dennis Wimer has regarding the Veterans Affairs Commission and IDVA.

“This is not what Hoosiers deserve from their leadership, and it’s time for answers and consequences” said Macer. “For too long these bad actors had been able to misappropriate funds for everything from casino trips to new tires and we’re sick of it. These charges are in fact a big deal, and warrant complete systematic changes to the way these offices are run.”

“The partnership and Memorandum of Understanding (MOU) between the Indiana Family and Social Service Administration (FSSA) and the Indiana Department of Veterans Affairs (IDVA) to provide federal Temporary Assistance to Needy Families (TANF) funding to IDVA ended on June 30, 2018. As such, IDVA is unable to implement corrections that will benefit the program. The IDVA, however, is working in partnership with FSSA to evaluate and resolve all questioned costs.

In the past few months, at my direction, IDVA has already started the process to create and implement the necessary policies and procedures to provide internal controls for current and future operations. Additionally, IDVA has started implementing detailed time reporting requirements for all state and contracted staff. These requirements will allow IDVA leadership the ability to monitor and evaluate the amount of staff hours spent on each program. As part of the resolution to this audit, IDVA and IVAC will partner with FSSA to determine the most appropriate resolution to all questioned costs.

On March 1, we began working to reorganize the IDVA. I’ve met with IDVA employees earlier this month to talk about personnel changes and the process we will follow to restructure the department. I will be working with each staff member on their role and function within the newly reorganized structure. Once complete, we’ll make the organizational chart public on the IDVA website. We want to assure the public we are setting IDVA up to be the best department to serve our state’s veterans.”

Call 6 Investigates contacted the U.S. Department of Health and Human Services regarding the misuse of TANF funds, and a spokesperson said they had not yet received any of the audits regarding Indiana.

“We are always concerned about questioned costs; the audit process allows federal staff an opportunity to investigate what happened, engage with appropriate state staff to determine whether funds were used incorrectly, and to revise and improve state procedures as appropriate,” said Pat Fisher, spokesperson for HHS’ Administration for Children and Families. “Even when an allegation of possible misuse of funds arises outside the audit process, federal staff evaluate to determine whether corrective action is required. The administration for Children and Families also monitors the situation to be sure any corrective action is effective and that any funds to be repaid to the TANF fund are repaid expeditiously.”

The Indiana State Board of Accounts has asked FSSA to follow up on each item to verify if it was an permissible expenses and seek reimbursement from veterans who received services that were not allowed.

In response to the audit, FSSA submitted a follow-up action plan and is working to identify veterans who received questionable expenses.

FSSA also plans to hold an organization meeting, write a project plan and execute the project.

“The Division of Family Resources remains committed to using all funds, including TANF federal funds, to pursue the purposes for which they have been allocated,” read FSSA’s response.

Despite criticism of the agency in its 18-page report , the Inspector General said it found insufficient evidence to support either criminal charges or an ethics complaint against any current or former IDVA employees including former IDVA director Jim Brown who resigned in December after Call 6 Investigates raised questions about misuse of the Military Family Relief Fund.

The Inspector General shared its findings with the Marion County Prosecutor’s Office who also did not find sufficient evidence to support criminal charges.

MFRF money is generated from specialty license plates and is meant to help veterans with food, utilities, and other needs.

A special agent with the Inspector General interviewed former IDVA director Jim Brown, who said he believed providing awards above $2,500 in some instances “saved lives and prevented suicides.”

The Inspector General investigation found all of the IDVA employees who received Military Family Relief Fund grants did not assist in the processing, screening or approving of their own application.

Doing so would have been a violation of the Code of Ethics’ conflict of interest rules, according to the report.

The special agent investigated allegations an employee approved her fiancé to received TANF funds for a child that was unrelated to the fiancé.

The Inspector General investigation found the employee was a contract worker at the time, not employed by IDVA, and there was insufficient evidence she processed her fiancé’s application.

The special agent could not find who specifically accessed the Military Family Relief Fund files, nor could he find any evidence that IDVA employees were shredding documents in violation of the record retention policy.

The Inspector General report concluded that there was not sufficient evidence to support criminal charges or ethics complaints against current or former IDVA employees.

“The investigation revealed mismanagement and a significant need for improved policies and practices at IDVA,” read the report. “The veteran community and other stakeholders need to have confidence that it is fulfilling the mission with integrity and transparency.”