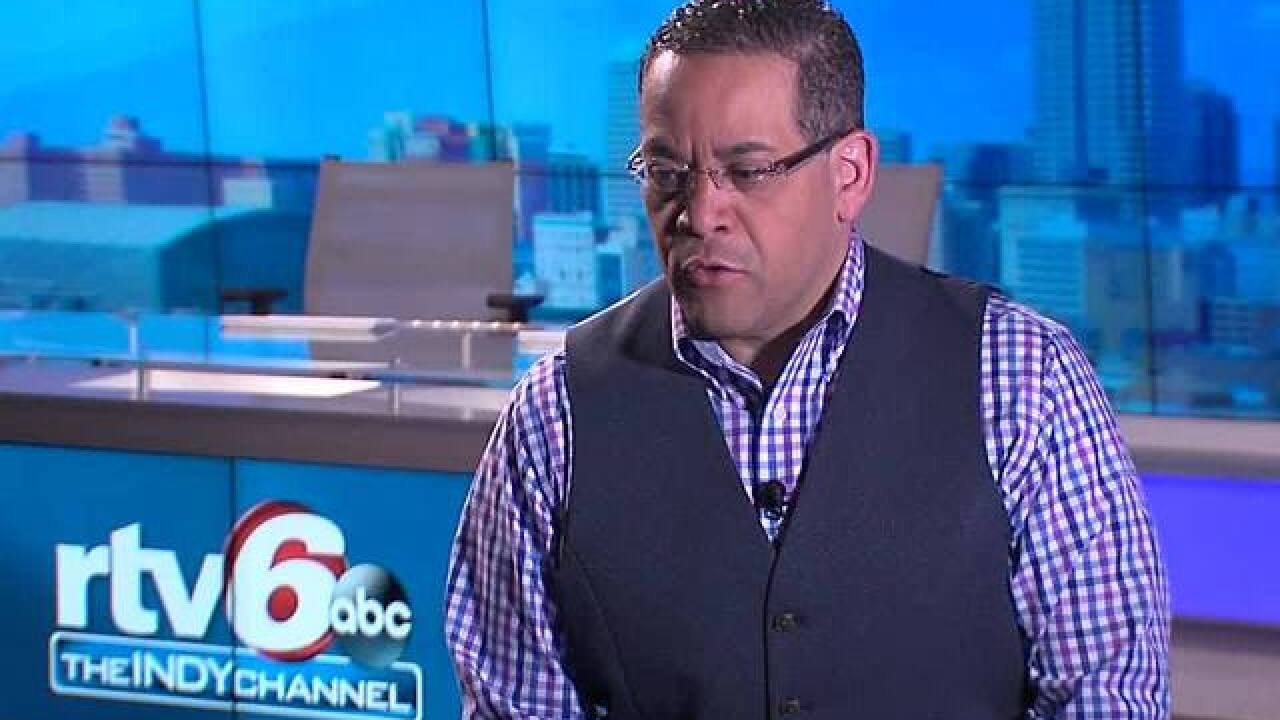 INDIANAPOLIS -- Call 6 Investigates Chief Investigator Rafael Sanchez was denied press credential access to the announcement event at the Carrier plant that will detail the deal the west-side Indianapolis plant made with President-elect Donald Trump and Vice President-elect Mike Pence to keep more than half of the jobs of the original 1,400 slated to be moved to Mexico.

Sanchez's credentials were denied by Carrier executives during an approval process that saw another RTV6 reporter and photographer, and several other local media approved in to.

READ MORE | Carrier to receive $7M in tax breaks to stay in Indiana | TIMELINE: How we got to this deal | Carrier employee: "I'm still worried" | Despite Carrier saves, swaths of Indy still jobless

Sanchez spearheaded the investigation into Carrier's intended exodus from Indianapolis beginning in February when a video of the announcement to the employees went viral.

When asked, Pence's press secretary, Marc Lotter, said it was not the Trump-Pence campaign that denied Sanchez access to the event.

We sent Sanchez across the border to explore the plant there and the life that was ahead for Carrier's new employees, detailing the expected wages of just $3/hour without health benefits for the new workforce that Carrier was moving 1,400 of its jobs in Indianapolis (and 700 more in Huntington, Indiana) to Monterrey, Mexico. Sanchez spoke with dozens of Carrier employees about their frustrations and prompted attention from the city of Indianapolis to provide services to re-integrate laid off employees back into the workforce.

Sanchez attempted to reach Carrier multiple times throughout this investigation, but was only left with written statements and missed calls.

He finally did get a hold of Carrier CEO Bob McDonough outside the governor's office when the leader of the company was in town to discuss the transition with Governor Pence. When asked if he would work for $3/hour, McDonough only spoke in generalities about the company's next steps.

"Looking forward to discussing with the governor. The transition for our workers and getting back to business."

Dozens of stories, a town hall event and a 5-part digital documentary series resulted from the dogged investigation by Sanchez.

National attention turned to the company during the presidential campaign, first catching the ire of then Republican presidential candidate Trump, but with Ted Cruz, Hillary Clinton and Bernie Sanders following suit.

And now that a deal has been struck with Carrier to keep the company, at least in part, in Indiana, Sanchez was denied access to the official detailed release with the new presidential administration.