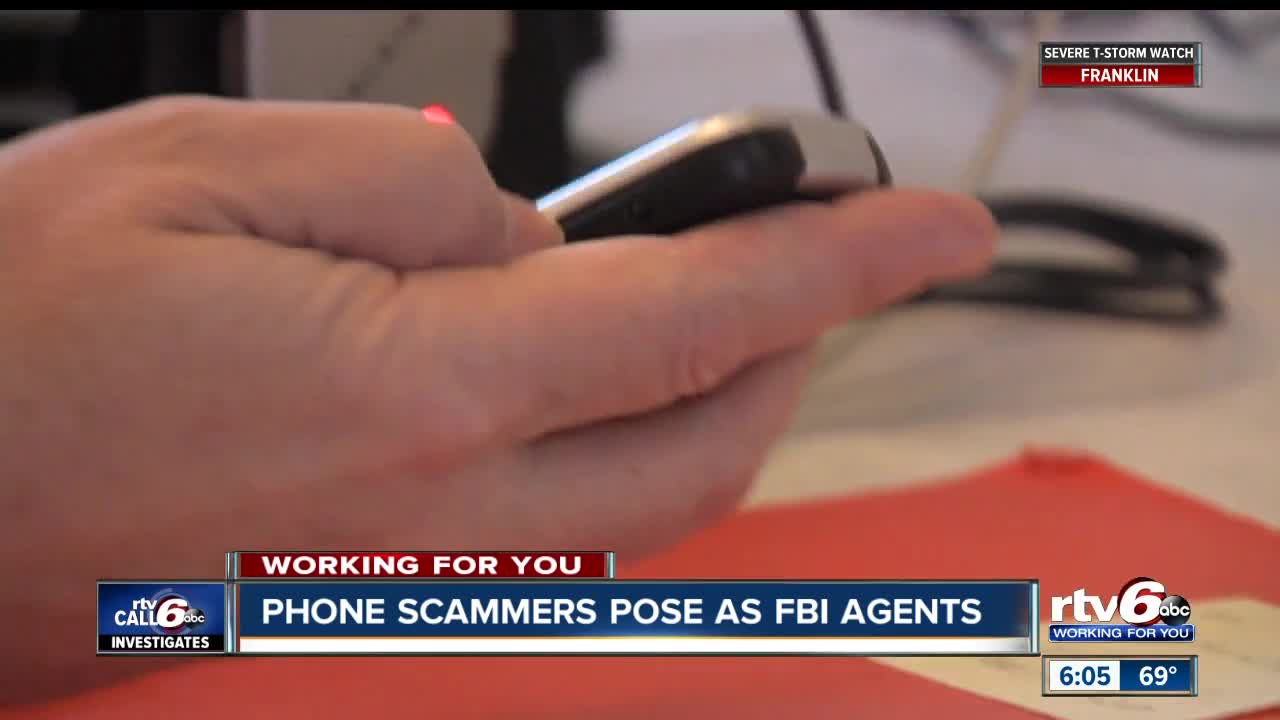 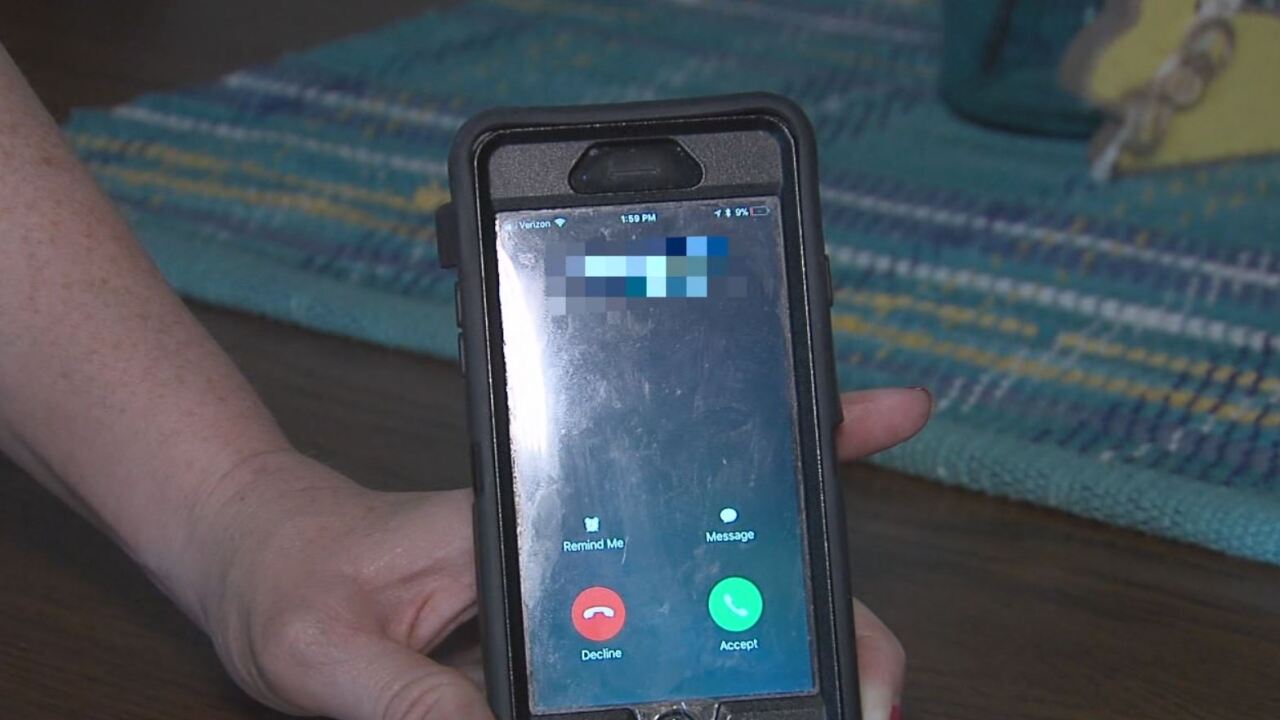 INDIANAPOLIS — A new twist on an old scam is tricking Hoosiers into giving up their money and personal information.

Scammers are spoofing local numbers, and then posing as Federal Bureau of Investigation agents to try to con you into sending them money or providing bank account information.

Joshua Yates contacted Call 6 Investigates after he received a phone call from a man claiming to be an FBI agent.

“He said that I was guilty of engaging in illegal phone conversations with a minor via a chatline,” Yates said. “He gave me an option to either be indicted as a felon, or pay him via a prepaid card from CVS/Walgreens to end the investigation.”

Before paying the $300 the FBI agent requested, Yates contacted Call 6 Investigates Kara Kenney to find out if it was a scam.

“I just need to know for certain that I'm not being scammed,” Yates said.

Call 6 Investigates checked with the FBI in Indianapolis.

“This is a scam - the FBI does not call or email people to demand money or threaten arrest,” FBI spokeswoman, Christine Bavender, said.

Call 6 Investigates called the number of the supposed FBI agent who called Joshua Yates, and reached a man Arnold Davis.

Davis, who now lives in Texas, told RTV6 he repeatedly gets phone calls saying his phone number was used to try to scam people.

The FBI agent scam is a new twist on the government impostor scams, in which scammers pose as the IRS and the Social Security Administration.

The Better Business Bureau says people fall for these scams because the criminals often spoof local phone numbers, making it appear that it really is coming from the FBI or law enforcement.

"You can make it appear that it's any number that you want,” Tim Maniscalo, President and CEO of the Better Business Bureau Serving Central Indiana, said. “So, don't believe the number that's shown on your screen is the real number. The app is easy to get, easy to download.”

Maniscalo said most scams originate overseas, so catching the perpetrators is almost impossible.

To protect yourself, Maniscalo said don’t pick up the phone for numbers you don’t recognize.

You can report phone scams to the BBB’s Scam Tracker here: https://www.bbb.org/scamtracker/us/

The FBI says if you feel you are a victim of a scam, report it to law enforcement.

The FBI also asks you to submit the information to the FBI’s Internet Crimes Complaint Center at www.ic3.gov [ic3.gov]. IC3 helps law enforcement understand and track scams and inform the public.