School board admits "oversight" in allowing relative to vote on teacher 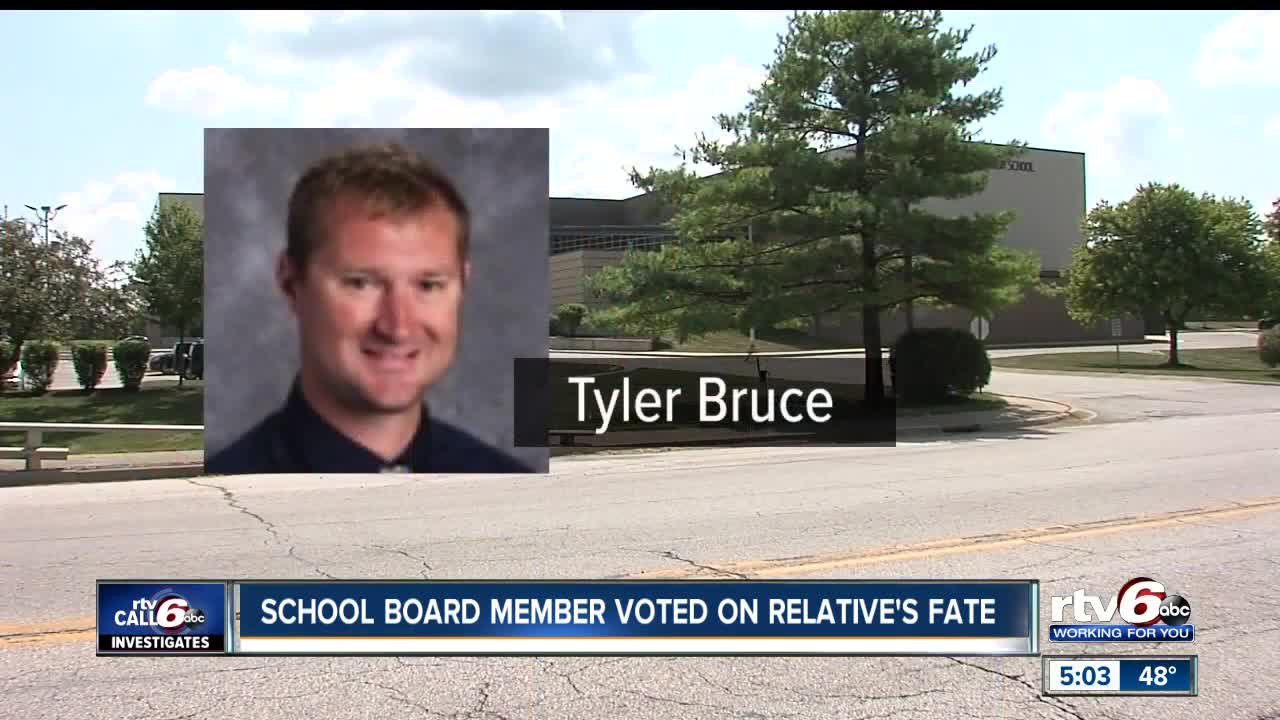 A Hendricks County school board admitted to an oversight after it allowed a teacher's relative to vote on matters concerning that teacher. 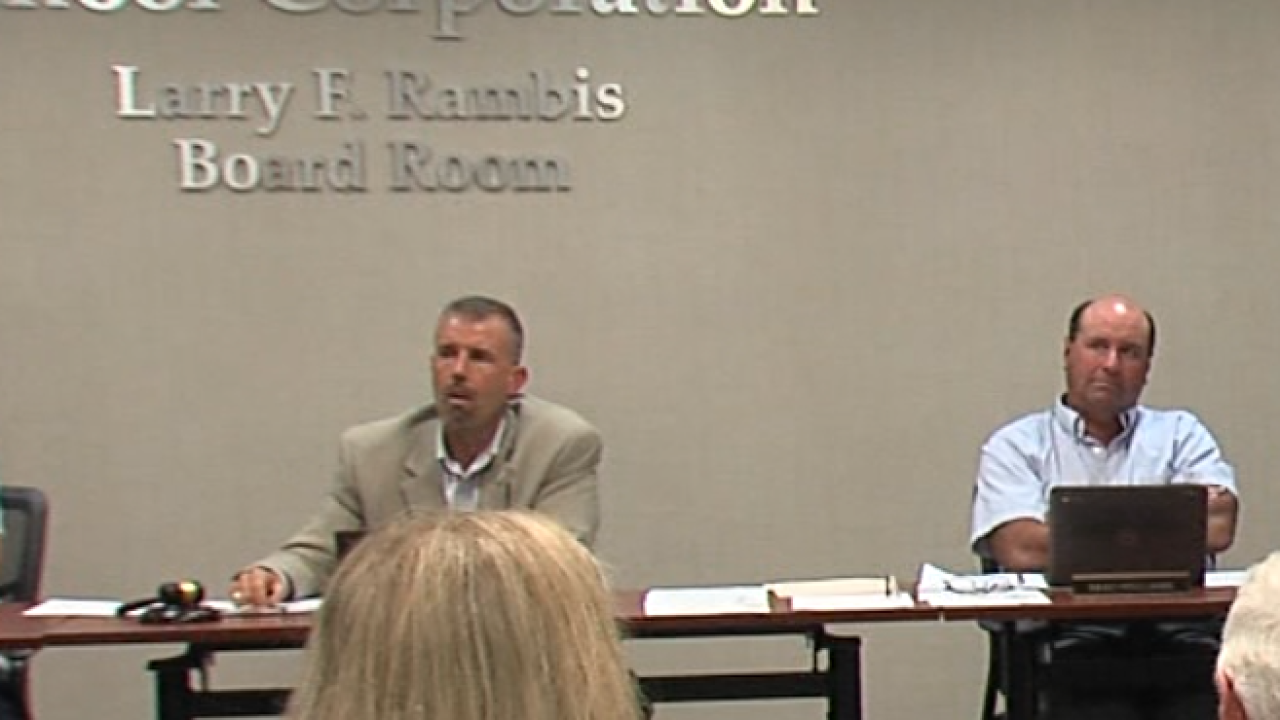 HENDRICKS CO.— The North West Hendricks school board has admitted an “oversight” in allowing a board member to vote in a matter concerning a teacher and coach who is related to that board member.

Williams did not recuse himself from that vote, nor did he abstain from voting.

Call 6 Investigates has been asking Williams and the board questions about the votes for several weeks now.

This week, the school board issued a response to RTV6’s questions in which the board admitted to “an oversight” by allowing Williams to vote.

“Mr. Williams recused himself from the due process hearings and all executive sessions/employee meetings regarding Mr. Bruce,” read the statement. “He also abstained from voting on any board decisions regarding termination. The one exception, which the board acknowledges was an oversight, was the board vote recommending placing Mr. Bruce on paid administrative leave July 9, 2019.”

Board member Brad Williams has not responded to emailed questions from RTV6 about his votes.

The board has declined RTV6’s repeated requests for an on-camera interview.

Call 6 Investigates has also received inquiries from the community asking why the board president, Jim Diagostino, was seen socializing with the Begles while they were on paid administrative leave.

“It should be noted that the Begle and Diagostino families have been friends for over ten years, so it is not at all unusual that they would continue that friendship and socialize in public,” read the statement. “There is no district policy that addresses this; however, Mr. Diagostino did reach out to legal counsel in this regard and was assured there was no legal issue. That said, in the court of public opinion, perception is reality which we acknowledge.”

Diagostino, NWHSC board president, is the superintendent of Mill Creek Community School Corporation.

Community members have voiced concerns to RTV6 that this is a conflict of interest.

“There is nothing in the Indiana School Board Association policy that would flag this as a conflict of interest, nor is this a unique situation in Indiana,” read the board statement. “Mr. Diagostino has been elected to serve our school corporation by the members of this community with their full knowledge that he is serving as a school superintendent at another county school.”

Tyler Bruce is still on leave and denies any wrongdoing.

He has not been criminally charged, and the sexual misconduct allegations are still under criminal investigation.

Last month, the school board voted to allow 4-0 to allow the Begles to return to school.

The board went against the corporation administration’s recommendation to cancel their teaching contracts.

North West Hendricks Schools has terminated the contract of Louie Aguilar, the Tri-West varsity volleyball coach, according to a district spokeswoman.

The board explained its decision to terminate Aguilar yet keep Bruce on staff.

“These matters are entirely different based on the employment status of both individuals,” read the board statement. “One is a certified employee of the district who has a right to due process prior to any official action by the board. The other was a coach only, and due process does not apply; thus he could be terminated without cause.”

Sources tell RTV6 that Bruce was considered a probationary teacher at the time of the alleged misconduct, and thus the board only needed proof that removing Bruce was in the best interest of the district.

Call 6 Investigates also asked the board which policies or procedures it is changing to better address student and teacher/coach interactions.

The district said it has done the following:

The school district’s superintendent, Mike Springer, resigned this month amid clashes with the school board.

Mr. Springer reported at the September board meeting that he and four other employees would attend Title IX training on September 11-13 regarding issues of gender discrimination, sexual harassment, retaliation, sexual assault, athletics equity and related civil rights investigations.

Call 6 Investigates spoke with Stacy and Mark Lewis of North Salem after they filed a tort claim on August 6 against North West Hendricks School Corporation on behalf of their daughter, who is now 17-years-old and a senior at Tri-West High School.

“Coach Bruce completely denies the allegations,” read the statement from Bruce’s attorney. “We do not intend to try this case in the court of public opinion, and we have no further comment at this time.”