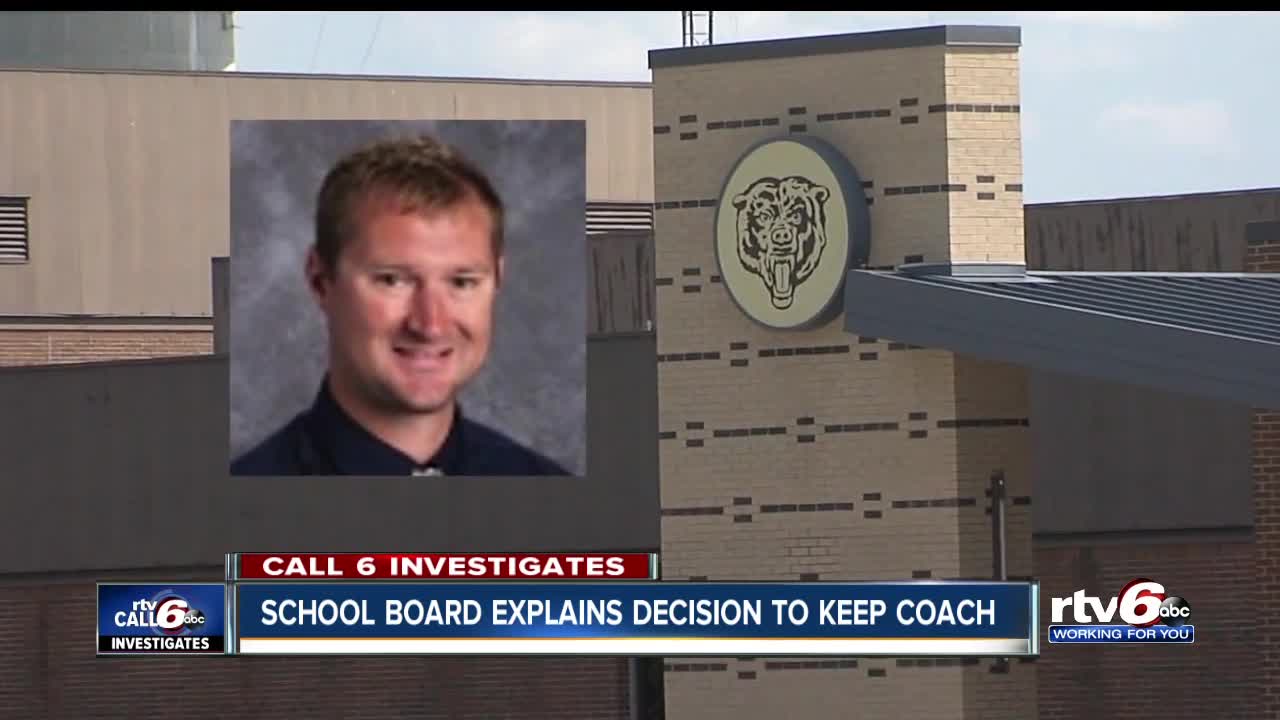 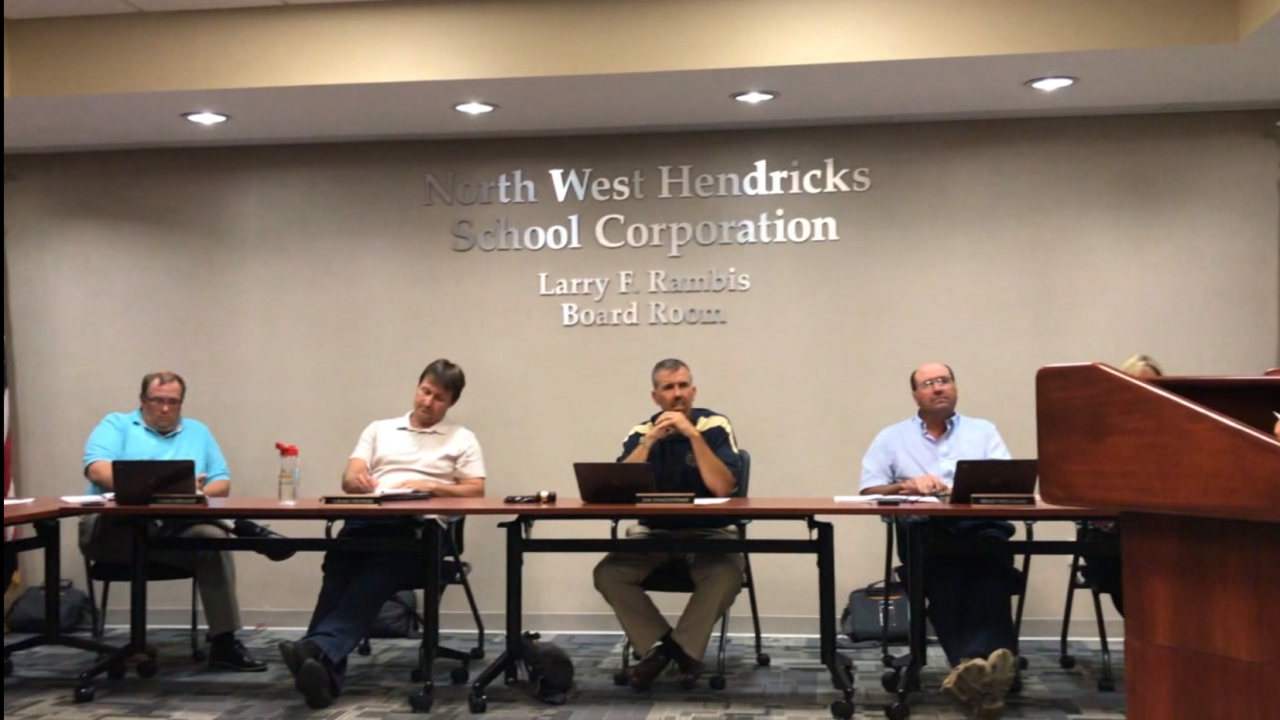 LIZTON — The North West Hendricks County school board is explaining its decision to keep a football coach and teacher accused of sexual misconduct with a student.

Tyler Bruce, a teacher and coach at Tri-West High School, remains on administrative leave pending the outcome of criminal and Department of Child Services investigations.

In response to a series of questions from Call 6 Investigates Kara Kenney, the board issued a statement Friday evening to RTV6.

“On July 29, 2019, the NWHSC School Board did not approve our administration’s recommendation to cancel the teaching contract of one of our employees,” read the statement. “The board members voted based on the preponderance of the evidence delivered at the employee’s requested conference with the school board, including administrators, witnesses, and legal representatives.”

It's not yet clear what evidence the board reviewed to make that determination.

“The board members supported the recommendation of our administration to maintain the assignment of paid administrative leave for the employee due to the ongoing investigation by the Hendricks County Sheriff’s Department, and other state, county, and local agencies,” read the statement.

Parents, taxpayers and concerned citizens voiced their concerns Tuesday night to the board about its handling of the matter, including asking the board to reconsider its decision to keep Bruce on staff.

The board said in its statement it is open to new information in the case.

“If additional evidence is presented, the school board will act immediately upon the recommendation of our administration,” the board said.

Seven people spoke during the public comment portion of Tuesday night’s regular board meeting following a Call 6 Investigates’ story with the mother of Bruce’s 17-year old accuser and their tort claim against the school corporation.

Kristi Vaughn, a concerned parent, said she brought concerns to the board about sexual misconduct issues in the district in September 2018.

“It needs to be handled and we need protocols in place,” Vaughn said. “There should be no situation where a young teen is left alone with an adult male. Why wasn’t there a protocol for that?”

Call 6 Investigates asked the North West Hendricks School Corporation board whether it is reevaluating its policies regarding whether adult staff can be alone with students.

“School policies are under constant review through the recommendations of our administration, school board attorney, and the Indiana School Board’s Association to align with the ever changing educational environment,” read the statement.

The school board did not answer questions from parents Tuesday night.

The criminal investigation is still ongoing and no charges have been filed.