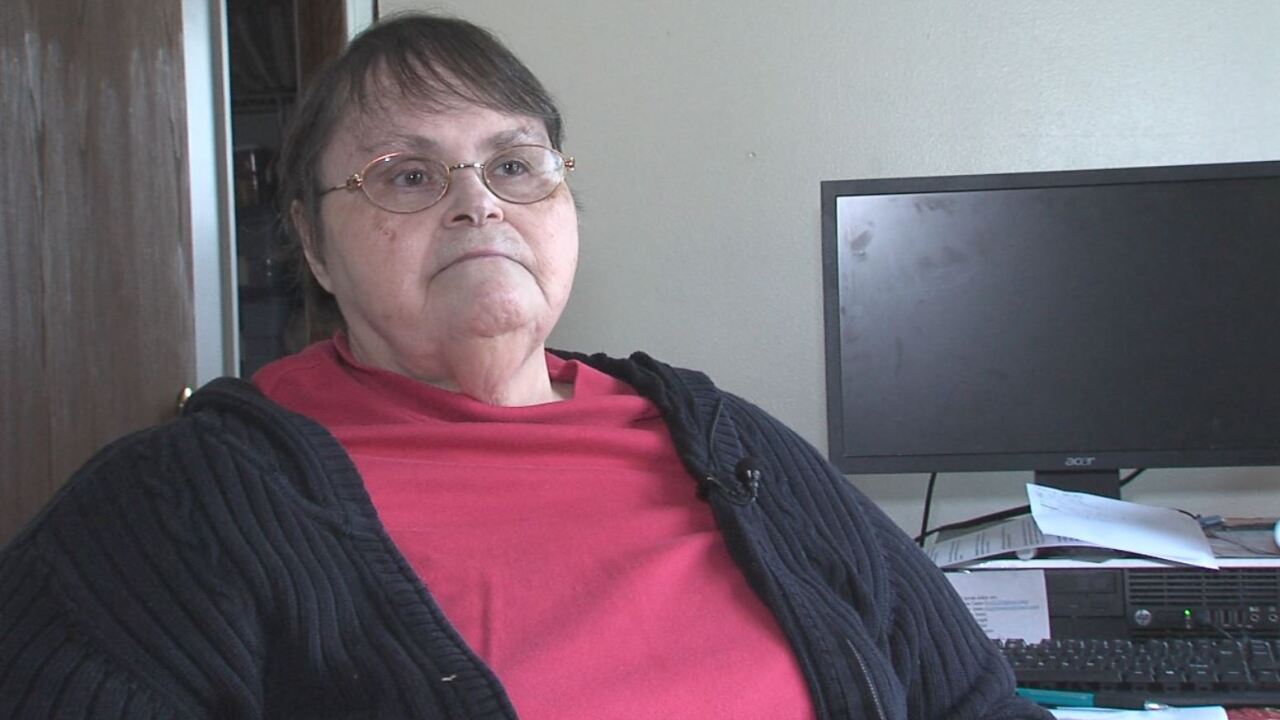 Kenney, Kara
Paula Ground is warning people on Monday, February 18, 2019, after she says she became a victim to a tech support scam. <i>RTV6 Photo</i>

INDIANAPOLIS — A south side woman is warning fellow Hoosiers after she lost hundreds of dollars to a growing scam targeting computers in Central Indiana.

So, when she got a pop-up message on her computer saying Microsoft locked her computer due to malware and spyware, she was worried.

"I was panicked because I was supposed to be working, so I was just like ‘let's get this taken care of so I can work,'" Ground said.

Ground called the number on her computer screen, and tech support told her they could remove the malware for $399.99.

“They told me they were giving me a discount because I’m a senior,” Ground said.

Ground quickly learned it was a tech support scam, which is where the scammers pose as a popular computer company’s tech support to try to get into your computer and empty your bank account.

"I went to the bank and said you gave them your bank account information, we can't do anything," Ground said.

Microsoft is the fifth most impersonated organization in the country, according to the BBB, with government agencies, Publishers Clearing House and the BBB among the top impersonated.

It’s such an issue, they have their own digital crimes unit that tracks down the cyber-criminals and works with law enforcement to shut them down.

"They will use a Microsoft logo, the Apple logo, and it looks real,” Tim Maniscalo, CEO of BBB Serving Central Indiana said. “You might think, in this day and age you never know who is watching, maybe something is wrong with my computer— and that's what they're betting on."

Call 6 Investigates tried calling the “tech support” number and a man we could barely understand told us Paula Ground’s refund was on the way.

Ground isn’t holding her breath for her $399.99 refund, because many of these scams originate overseas.

Thankfully, a rehab center is helping her get a new computer.

"I feel really gullible and stupid that I fell for it,” Ground said. “I know I'm not stupid but it feels that way."

Ground wishes she had just ignored the message or restarted her computer.

She hopes by sharing her story it will save others from falling victim.

"I just want people to know it's happening and not to fall for it," Ground said.

Tips to protect yourself:

If you are a victim of a tech support scam:

Microsoft’s tips to protect against tech support scams
· Microsoft does not send unsolicited email messages or make unsolicited phone calls to request personal or financial information, or to provide technical support to fix your computer.
· Any communication with Microsoft has to be initiated by you.
· If a notification appears with a phone number, don’t call the number. Error and warning messages from Microsoft never include a phone number.
· Download software only from official Microsoft partner websites or the Microsoft Store. Be wary of downloading software from third-party sites, as some of them might have been modified without the author’s knowledge to bundle support scam malware and other threats.
· Use Microsoft Edge when browsing the internet. It blocks known support scam sites using Windows Defender SmartScreen (which is also used by Internet Explorer). Furthermore, Microsoft Edge can stop pop-up dialog loops used by these sites.
· Turn on Windows Security real-time antivirus protection in Windows 10. It detects and removes known support scam malware.
· Microsoft technical support will never ask that you pay for support in the form of Bitcoin or gift cards.

Tips from the Federal Trade Commission:
If You Get a Call or Pop-Up

If You Were Scammed: