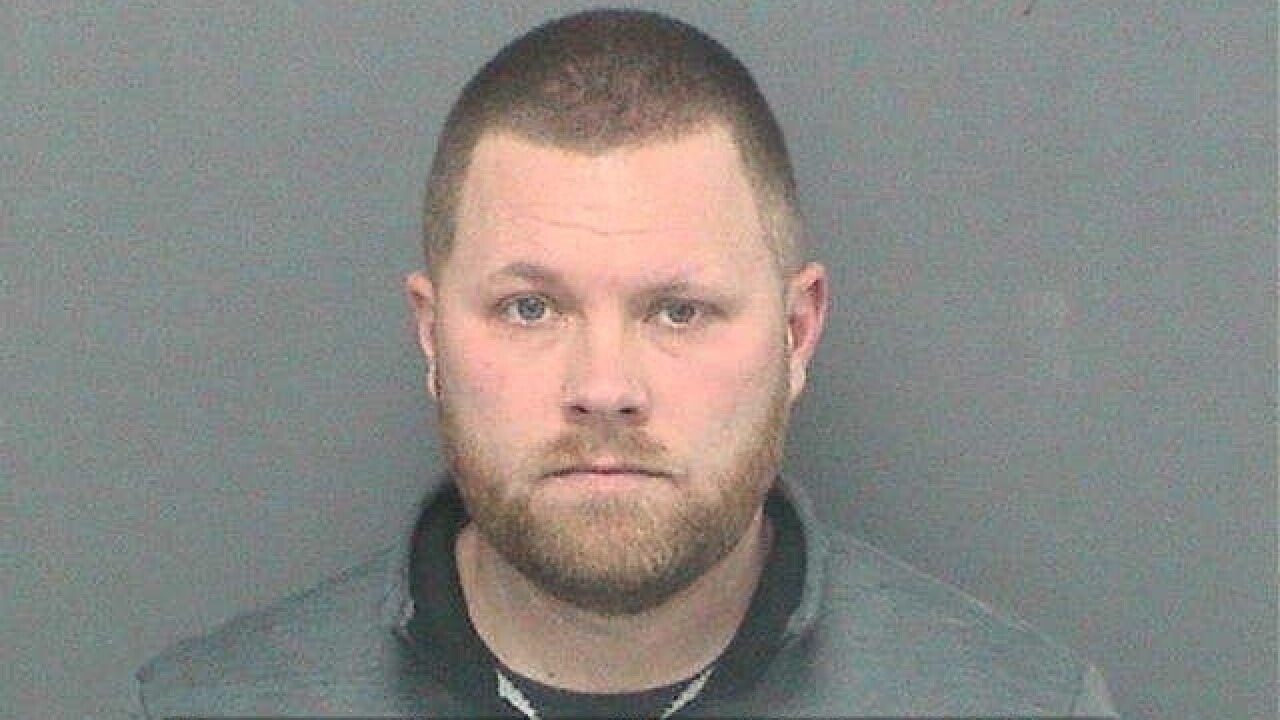 MARTINSVILLE — The former Martinsville police chief is no longer receiving a paycheck from the city.

A special Board of Public Works voted on May 10 to change Matthew Long’s status to unpaid administrative leave, pending the resolution of pending criminal charges.

Long received $13,984 in city pay between the time of his arrest on Feb. 27 and the board’s decision to place him on unpaid administrative leave, according to the clerk’s office.

Long is charged with two felonies for official misconduct and theft amid allegations he received $8,316 in excess overtime and sick time to which he was not entitled.

On May 6, Long was removed as chief and Rodger Wiltermood was appointed to the position.

Long's attorney in the criminal case, John Kautzman, declined to comment to RTV6 Friday on Long’s unpaid status with the city.

Martinsville police officer Brandt Summitt was arrested on April 28, 2018 and placed on unpaid administrative leave the next day, according to the clerk’s office.

Call 6 worked to get answers from the public works board and city attorney about why it took several months for the ex-police chief to be placed on unpaid status.

City attorney Anne Cowgur said Board of Public Works board member Eric Bowlen had prior knowledge of the State Board of Accounts investigation into Long, and shared that information with fellow board of works member Terry Buster.

Cowgur said she wanted to make sure Long received an impartial determination as to whether to put him on unpaid administrative leave.

“We set forth to try to find impartial board members who could sit on this board,” Cowgur said. “That was not an easy task.”

Cowgur said it took awhile, because the former police chief is well connected in the Martinsville community.

“It took a long time for us to find the right people,” Cowgur said.

The city now has temporary public works board in place to handle issues surrounding the former police chief.

The special board voted 2-1 on May 10 to place Long on unpaid leave.

Board of Works member Eric Bowlen released a statement to RTV6 about the matter:

Statutorily only the Board of Works can hear the case and make a determination to withhold pay from any police officer. It was the determination of the city attorney that the sitting Board of Works had been privy to information that might have tainted the process, therefore, a temporary board was established for fairness. From what I understand, this took some time to get some individuals who were willing to serve. We definitely want to guarantee due process is followed for all involved.

A pretrial conference in Summitt’s case is scheduled for May 30.

According to court documents, at the end of 2016, Long submitted a pay voucher to pay himself for the 9 sick days allegedly accrued during 2016.

The City of Martinsville has a policy which allows police officers to accrue up to 110 days (880 hours) of sick leave time.

Long also submitted a pay voucher at the end of 2017 to be paid for sick days allegedly accrued during 2017.

The payouts resulted in Long receiving $1,530 in sick pay to which he was not entitled, prosecutors allege in a probable cause affidavit unsealed Thursday.

An audit just released Thursday by the Indiana State Board of Accounts says Long also received $6,786 in excess overtime pay he didn’t earn.

City of Martinsville policy says officers are entitled to time and a half pay for any hours worked over the 171 hours in a 28-day period.

“Based on this policy, Long was recording accrued time when none was earned,” read the audit. “Periodically, Long requested payout of the accrued time in the form of a signed letter to the clerk-treasurer, which stated the number of hours to be paid and the total amount. The total amount was calculated at an hourly rate that was also one and a half times the police chief’s regular hourly rate.”

Auditors said this resulted in an “improper double multiplier for all accrued time.”

Auditors also found Long claimed 176.73 hours for Special Weapons and Tactics (SWAT) at “time and a half” rather than his regular hourly rate.

The State Board of Accounts criticized the city’s internal control system, including the lack of oversight of the police chief.

SBOA sent the case to the Indiana Attorney General’s office which could file a civil suit to try to recoup the money for taxpayers.

"My client denies these allegations," John Kautzman, Long's attorney, said in an emailed statement. "At no time did Chief Long intentionally engage in any criminal or knowingly improper conduct. We look forward to a thorough review of the true facts of this case."