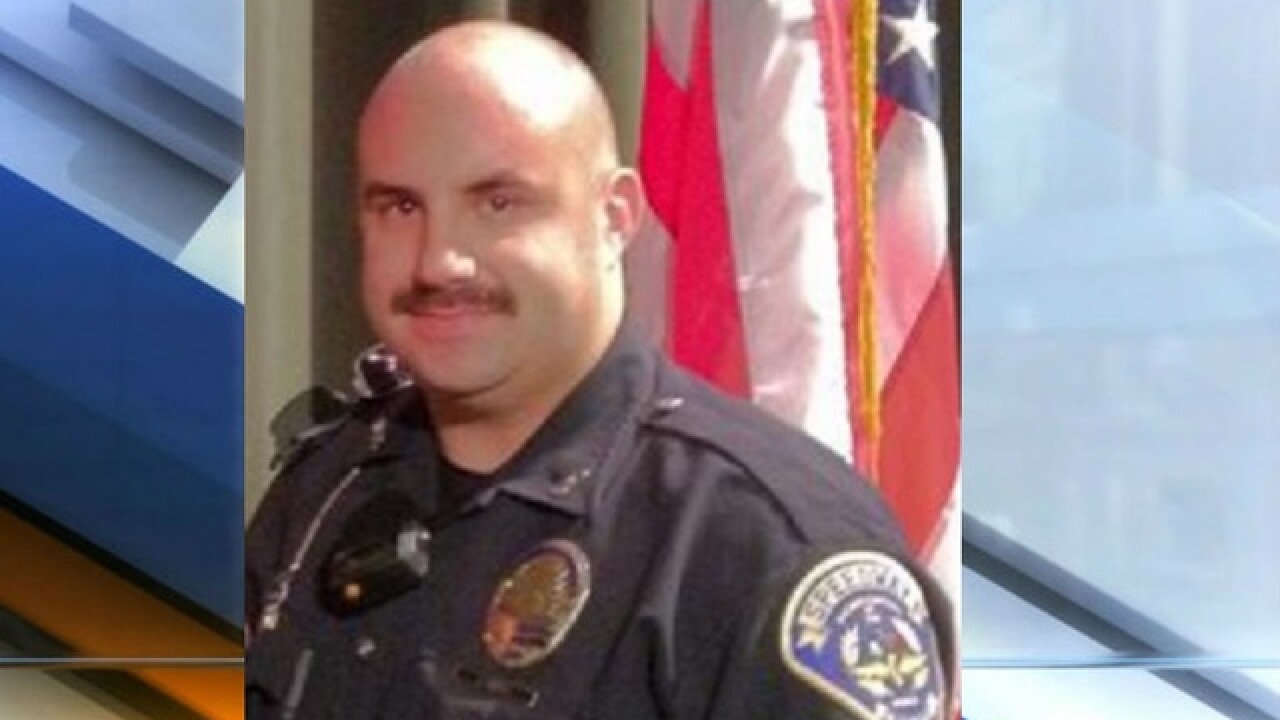 <p>Ray Hurt, 32, resigned from his position as a reserve, part-time Speedway police officer following an arrest for domestic battery and battery resulting in bodily injury</p>

Speedway Police officers responded to a disturbance on February 17 at 6:35 am involving Ray Hurt, 32, and his former girlfriend of several years.

Hurt is accused of hitting the woman in the face, causing bruising and swelling on her right cheek bone.

The woman said Hurt became angry after he discovered she had another man in the house.

When police interviewed the girlfriend, she changed her story several times, later claiming she slipped and hit her face on accident.

The woman told police she was concerned about Hurt’s chances of being a police officer.

In an interview with police, Hurt denied hitting his ex-girlfriend.

She was taken to the hospital where a physician’s assistant told police that it’s unlikely the woman intentionally injured herself.

Hurt is expected in court on February 22.

Lt. Trent Theobald of the Speedway Police Department said Hurt submitted his resignation to the department.

“Hurt was taken into custody around 3:30 pm on February 18,” said Theobald. “A charge of a crime is merely an accusation, and the defendant is presumed innocent until and unless proven guilty.”