Man accused of taking money and not doing work 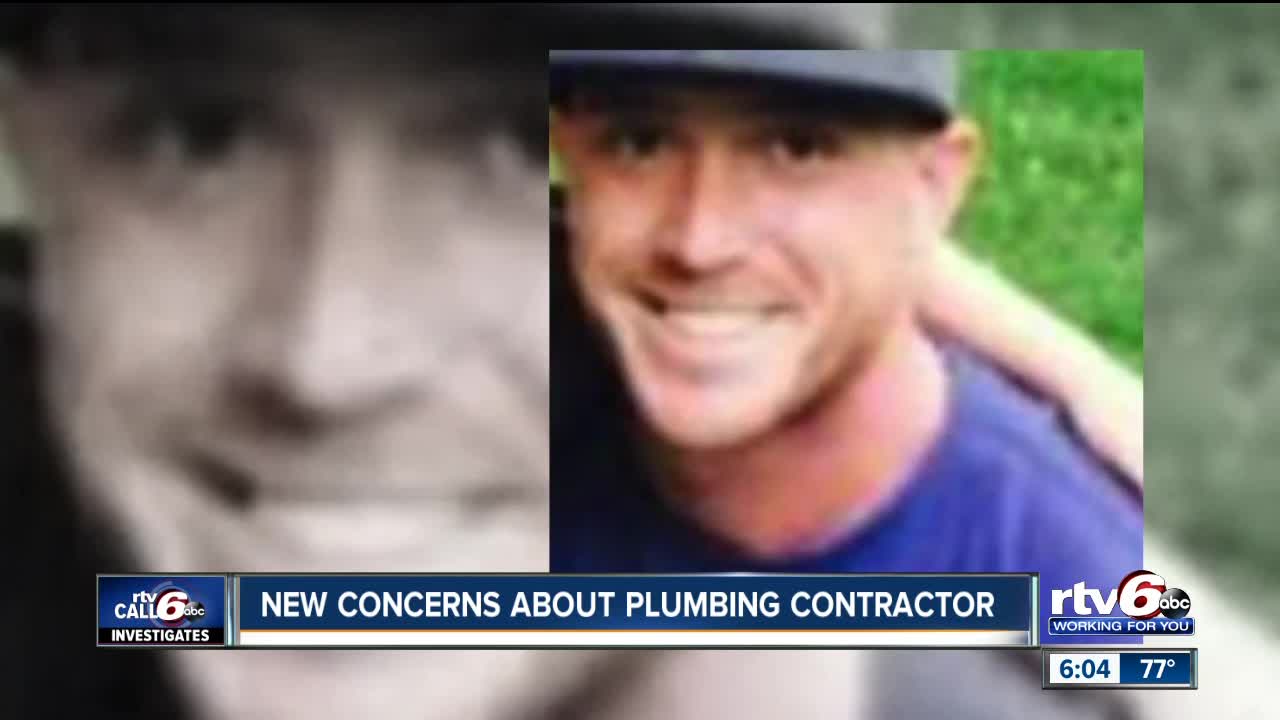 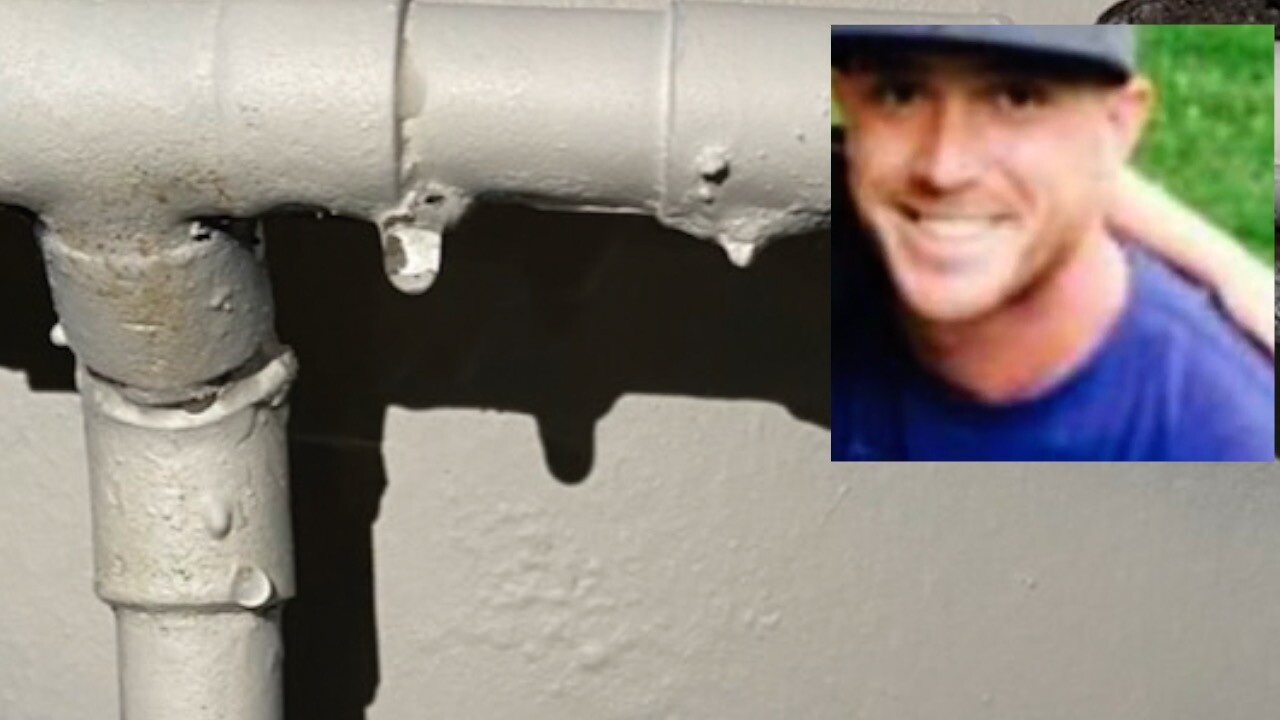 INDIANAPOLIS — Consumers are raising new concerns about an Indianapolis contractor accused of taking customers’ money and not doing the work promised, and Call 6 Investigates has learned the Indiana Attorney General’s office has filed a complaint as well.

RTV6 first told you about Jonathan Kirby in May 2019 after homeowners said Kirby took payments but didn’t finish projects.

PREVIOUS | Contractor accused of taking money and not finishing projects

A year ago, Kirby apologized, said he was having trouble keeping up on jobs and vowed to refund customers.

But in the past few weeks, Call 6 Investigates has received additional complaints about Kirby’s business practices.

Linise Gordon lives on the westside and was looking to spruce up her yard with some landscaping.

She wanted to go with an independent contractor or small business and found Jonathan Kirby on Nextdoor.

“He really laid out a good game plan,” said Gordon. “It seemed like a good deal."

Gordon signed a contract with Kirby to grade and sod her yard, and paid him $942 so he could order materials.

But she said she had a hard time getting Kirby to show up and do the work.

Gordon said it wasn’t until after she paid Kirby that she found RTV6’s story about Kirby.

"It's overwhelming to know there's someone out there scamming people who are just trying to improve their homes or doing something to make their community better,” said Gordon. “He's ridiculous. It's absolutely ridiculous."

Morghan Gowdy also had a bad experience with Kirby.

Her friend found him on Nextdoor where he used the name Jon Michael and claimed to be licensed.

“He seemed honest, he really did,” said Gowdy. “He was outgoing, charismatic."

“He tried fixing that one pipe, said it was fixed and it was working fine but the next day we noticed both the pipe we had fixed before and the pipe he had fixed previously - they were both leaking now," said Gowdy. “That’s when the trouble started.”

Gowdy said she then did an internet search and found complaints about Kirby.

She asked Kirby for a refund, and text messages show Kirby agreed to a partial refund of $75.

Gowdy is still waiting for a refund.

"I just think it's disheartening, it's crazy, and he knows we are a single income family with a bunch of kids,” said Gowdy. “In the middle of a pandemic he's taking advantage of people, all the while presenting himself to people to be this honest hard-working person. And he's not."

Morghan Gowdy and Linise Gordon contacted Call 6 Investigates because they want others to know about Kirby’s business practices.

Call 6 did some checking and found Jonathan Kirby’s state plumbing license and City of Indianapolis license expired on December 31, 2019.

“He was licensed as a sole proprietor with the City of Indianapolis – but that license expired on 12/31/2019,” said Brandi Pahl, spokesperson for the city’s Department of Business and Neighborhood Services. “We issue a plumbing license at the local level as long as they have a valid license at the state level. He has not renewed his license with the city – and as far as we know his license with the state is also still expired (12/31/2019).”

The state’s complaint lists four different customers’ of Kirby’s and accuses him of violating the plumbing profession’s rules including failing to complete contracted work.

The Attorney General’s office is asking the Indiana Plumbing Commission to discipline Kirby, but the commission has not yet held a hearing on the matter.

The AG’s office is also asking the commission to order Kirby to pay consumer restitution.

State records show the AG’s complaint is still pending, and Kirby has not been disciplined.

Call 6 Investigates also found customers have filed several claims lawsuits against Kirby in the last year and a half including one filed May 14 by Linise Gordon.

Court records show one of Kirby’s plumbing customers obtained a $520 judgment against Kirby in 2019 for failing to finish a job.

Kirby called us on the phone and said he’s working to give refunds.

“I really am trying to pay everybody back,” said Kirby. “I’ve made strides in the past to pay people back. I’m trying to do that now.”

Kirby denied causing the leaking problems at Morghan Gowdy’s home, and blamed getting behind on customers canceling on him.

“When I’ve already purchased material and things that I can’t return, then they’re telling me I want my money back,” said Kirby. “So, then I’m stuck robbing peter to pay paul. Once I get paid I’m going to be sending them a refund. I’m going to send them the $75 we agreed upon.”

Last year, he told RTV6 he was battling addiction.

But now, he says he’s clean.

Kirby said he didn’t realize his license had lapsed, and admitted to sometimes going by his middle name “Michael”, but denied it is to deceive customers.

“I used Jon Michael because it’s my middle name,” said Kirby. “I use Jonathan Michael. If someone were to write me a check or talk to me in person, I would tell them my name is Jonathan Kirby and if I give them a card it says my name on it.”

Kirby has not been criminally charged in connection to his business.

Linise Gordon plans to file a police report and wishes she had checked further before paying a contractor.

"I knew better,” said Gordon. “It's like they say if you get that twinge, that 6th sense you need to follow it."